What are the circles/holes ahead of the wing of an MD-82?

In the picture below I noticed there are three circles or holes of some kind ahead of the wing, what are those?

The three large circles indicated in the question are static port plates. These measure the static pressure of the surrounding air, which is used to measure airspeed and altitude.

Thanks to a link from Jonathan Walters, here is a closeup of one: 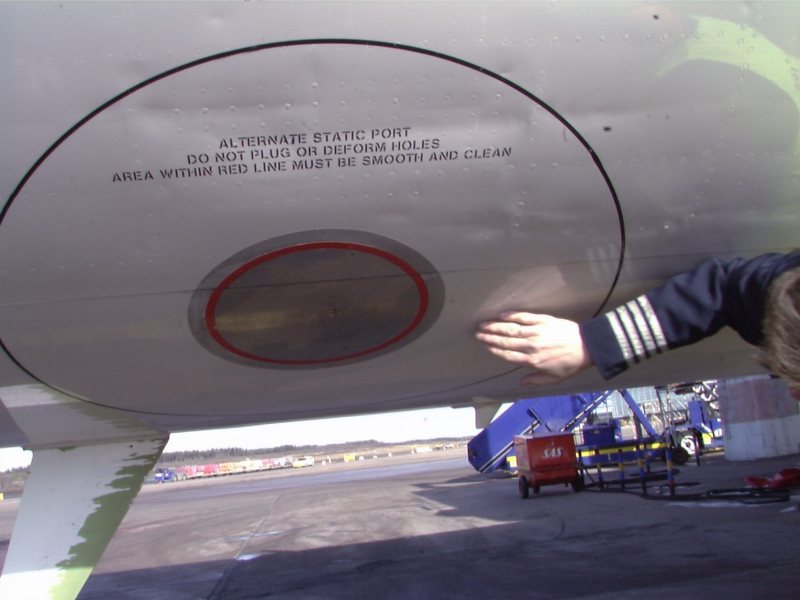 The four smaller areas in a row along the centerline are the radar altimeter transmitters/receivers. The radar altimeter uses radio waves to determine the aircraft's altitude above the ground. This diagram for the A345 has them further aft, they're in similar configurations on other aircraft. 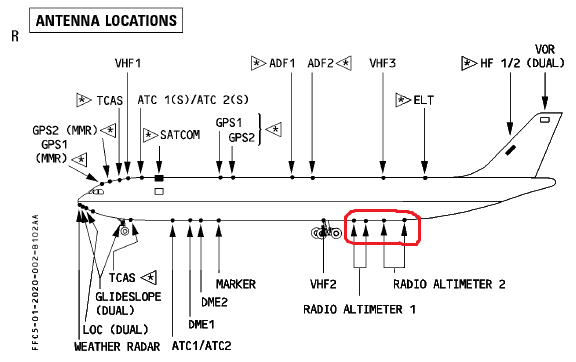 6
What is the hole located below the 2nd or 3rd window of Boeing 737?
1
What are these two circular areas on the fuslage of Fokker 100?
0
What are these holes at the right front of the ATR72?
15
How do aircraft altimeters calculate altitudes accurately while airborne?
19
What are these antenna-like protrusions for on an airliner?