Why/when is the blunt nose better?

Most large aircraft and some fighters have blunt, rounded nose cone. OTOH many fighters (that don't use the nose for air intake) and notably the two supersonic airliners (Concorde, TU-144) have the sharp tip for a nose cone.

What is the aerodynamic justification for that? What advantages and disadvantages does the "blunt" nose cone provide - or why don't all airplanes have the sharp spike nose cone (which "feels" like the obviously optimal aerodynamic choice - obviously that "feel" is somehow flawed?)

In subsonic flow the air can react to the approaching vehicle since the pressure field around it extends forward, too. This means that a suction area on one side of the fuselage or wing will already start to pull molecules in before they reach the vehicle itself which causes this suction. A round nose allows the flow to come from a range of angles without creating too much drag. Aerodynamically speaking, the stagnation point can be moved without problems.

In supersonic flow, the air has no indication of the approaching vehicle. The first contact will cause a sudden change in direction, called a shock. For drag reduction it is important to make the shock as weak as possible, which means that the change in direction should be as small as possible. This can best be achieved by a slender, pointy tip.

Note the downward position of the intake cone of the SR-71 engine nacelle in the picture below: It is angled so that at Mach 3.2 the cone is symmetrical to the oncoming flow (which gives you a pretty good indication of the angle of attack of the whole plane). 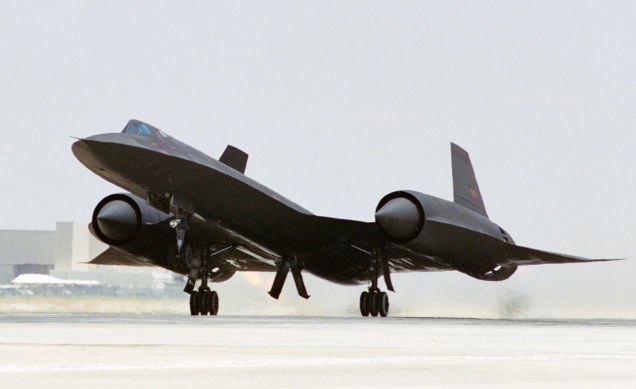 SR-71 during take-off (picture source). Not only is the cone angled downward, but also canted in because the flow is pressed sideways by the aircraft's forebody in supersonic flight.

In hypersonic flow (Mach > 5) a blunt nose might again be preferable if the nose's materials put an upper limit on aerodynamic heating. A pointed tip will produce an attached shock which will heat the tip to something close to the stagnation temperature of the flow. A blunt nose, however, will cause a separated shock. This creates more drag and a higher amount of heat overall, but allows to spread this heat over a larger area and dump most of it into the air, producing lower peak loads. The Space Shuttle had such a blunt nose, since drag minimization is not a priority for a re-entry vehicle.

Aircraft design is full of compromises. In case of aircraft nose design, the main factor is to reduce drag. As you yourself noted, the main difference is in flow regime, i.e. subsonic and supersonic. There are different types of drag- skin (or friction) drag, form drag and wave drag (which becomes important only at supersonic speeds.

For subsonic flow, the main drag components are the first two- skin friction and form drag. Here, if we consider the fuselage to be a cylinder with the nose in front (which is a pretty good approximation), the blunt nose configuration gives a lesser drag coefficient (non-dimensional drag) compared to the conical or sharp nosed one. This means that all other things being equal, the blunt nose has lesser drag compared to sharp ones in subsonic flow. In particular, the blunt nose has lesser surface area compared to the sharp, long ones and thus lesser skin friction drag. 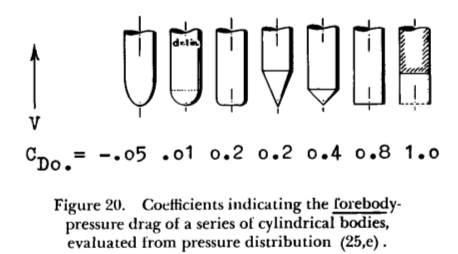 From the above figure, you can see that the blunt nose is actually better compared to a sharp nose as far as drag is concerned. 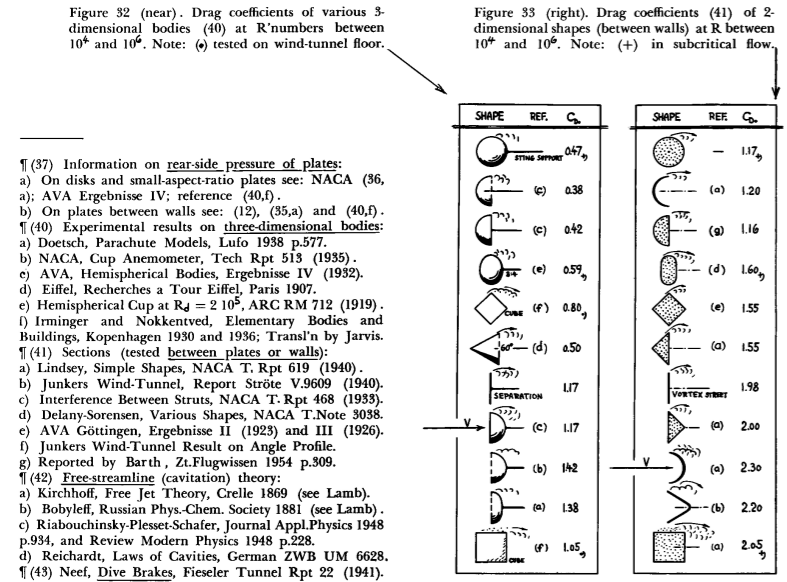 However, as the aircraft goes to supersonic flow, the main concern becomes wave drag. Here, the sharp nose keeps the shock wave clear of the aircraft. 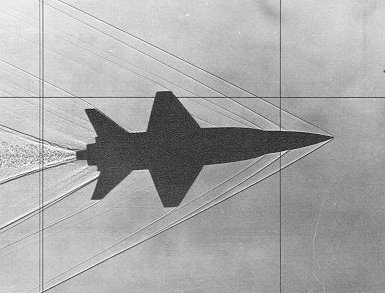 Of course there are other points to consider too:

As can be seen, an elliptical section with same base diameter and height has double the volume of a conical one. In some cases, where the nose landing gear retracts into the nose (like A350), this will be important.

Not the answer you're looking for? Browse other questions tagged aircraft-design aerodynamics theory or ask your own question.

0
At which speed is a plane traveling at hypersonic?
11
Aerodynamic advantage of blunt noses and WHY (subsonic)
8
Why should the leading edge be blunt on low-speed, subsonic airfoils?
7
Can a steady flow have stagnation points?
12
Can a supersonic plane use a subsonic wing if the nosecone shock produces subsonic airflow around the wing?
3
What is this transport aircraft, and why does it sometimes cary an air data boom when the Soviet Buran Space Shuttle is on top of it?
5
Is hypersonic flight possible with a Busemann's Biplane?
8
Since shock waves have non-negligible viscosity, why do the normal shock relations ignore friction/viscosity?
5
Does skin friction drag decrease with velocity?
2
Blunt noses subsonic drag - why a complete ellipse?
See more linked questions

6
How is the center of mass controlled in planes with multiple tail engines?
8
Why should the leading edge be blunt on low-speed, subsonic airfoils?
13
Why does an aircraft pitch up when the speed increases?
8
When leaving ground effect, why is there a nose-up change in moment?
4
Why are some Tomahawk missiles' nose duck-nose shaped?
11
Aerodynamic advantage of blunt noses and WHY (subsonic)
13
Why does the A-4 Skyhawk sit nose-up when on ground?
2
Blunt noses subsonic drag - why a complete ellipse?
0
Why does the Tu-134UBL have a sharp/pointed nose cone?