What was the exact propeller geometry of the 1903 Wright Flyer? A modern replica failed the test T = D in a NASA wind tunnel [closed]

I have found a presentation about an extensive set of tests done in 1999 on a full scale replica of Flyer I 1903. The plane did not behave well and was not able to produce enough thrust to overcome the drag.

"In the wind tunnel, the reproduced propeller fell short of T=D @ 28 mph test condition when operating at the maximum permitted speed of 340 RPM. These data are being analyzed" 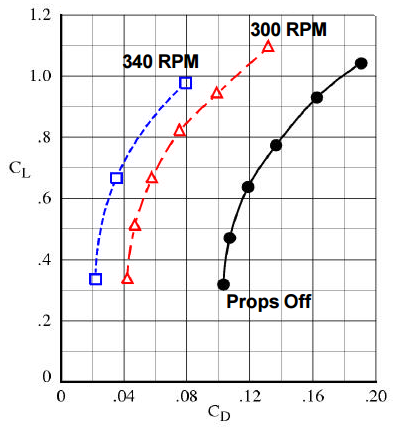 Unfortunately, the presentation, also quite explicit, does not give the values of the Thrust, Drag or Drag - Thrust at 28 mph. I calculated the Drag from $C_L=C_L(C_D)$, Lift = Weight (the mass of the airplane is known) and and the surface of the wings. Using a simulator I also evaluated the thrust delivered by some modern propellers, having the same diameter as the ones the Wright Brothers said they had used in 1903, and they deliver enough thrust at 28 mph and 340 RPM.

There should be other more detailed articles, which I can not find, about the same set of tests because they planned the experiments for years and it is expected a lot of data was obtained.

I would be really interested to know either the exact geometry of the propellers to calculate their thrust with a simulator or find somewhere the diagram $Thrust = Thrust_{340\:RPM}(v_{air})$ corresponding to the tested replica. If you can find such a document please tell me about it.

Anyway at 6 hp / propeller (12 hp in total) I calculated that only propellers with an efficiency well below 50% (miserable even for the standard of 1903) could have failed to produce enough thrust for the Flyer I replica at 28 mph.

A Mathcad demonstration which shows that the efficiency of the propellers used by the Flyer I replica should be below 31.2% to fail the test T = D. 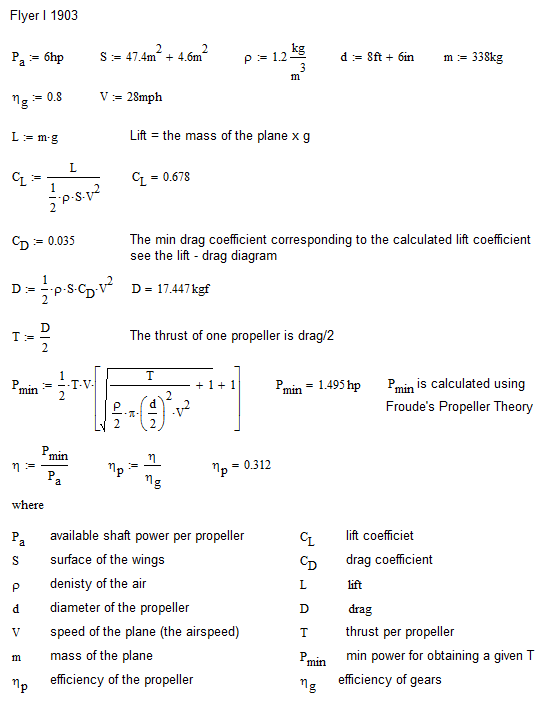 Another wind tunnel set of tests was done in 2003 on a different Flyer I replica (see: Flying Qualities of the Wright 1903 Flyer: From Simulation to Flight Test). Also the lift drag diagram for the case "props off" was about the same as the one obtained in 1999, the thrust generated by the propellers at 340 RPM and Q = 2 psf which translates in a 28 mph plane speed, the same as in the 1999 tests, was 80 lbf (36.28 kgf) more than double than the Drag = 17.44 kgf calculated for the 1999 replica. Unless quite different propellers had been used in 1999 and 2003 the 1999 propellers should not have failed the test T = D at 28 mph. It appears that various investigation teams have used propellers with different geometries. 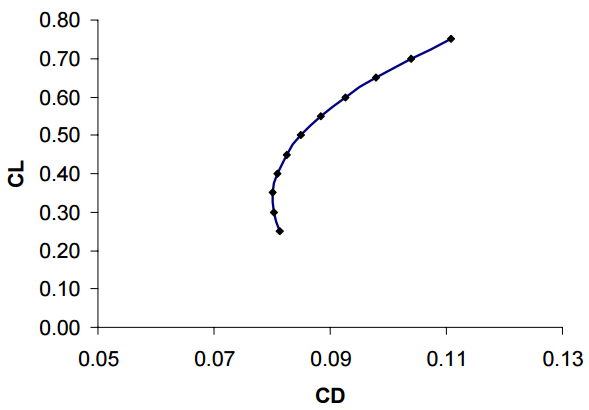 Flyer I 2003 replica - Drag Coefficient, On Rail - Propellers off 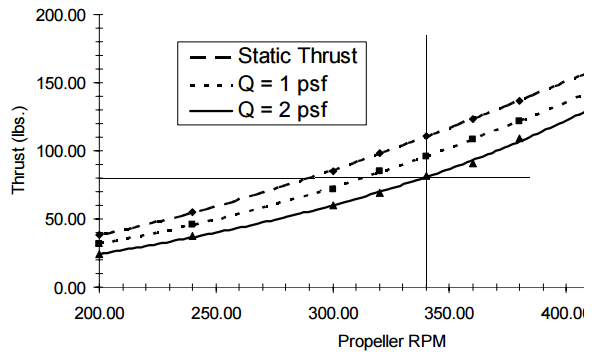 Browse other questions tagged aerodynamics propeller or ask your own question.

4
How did Wilbur Wright create and use the formulas he mentions in his letter to Octave Chanute?

24
Is there any equation to bind velocity, thrust and power?
19
What are the advantages of the NASA LEAPTech propeller on wing technology?
2
Regarding the 1902 Wright glider. Why is the airspeed, Va, calculated adding the ground speed, Vg, and wind speed, Vw?
9
Comparing the Lilienthal and Wright gliders, which one had a better glide ratio?
5
Does a 1lb crow expend only 7.68 Watts to fly at 37 km/h?
6
What is the incidence angle of a propeller in the terminology of the Wright Brothers and how did they obtain it?
3
How should the pressure coefficient distribution from a wind tunnel experiment be interpreted?
9
What is the maximum theoretical lift of a plane as a function of engine power and surface of the wings?
4
What was the lift equation used by the Wright brothers?