What is 20NM reference point in "CTC SOCAL WITHIN 20NM"?

I was just wondering what is 20NM reference point is? in other word, 20NM from where or what?

Your question refers to the magenta boxes on sectional and TAC charts that read CTC SOCAL APP WITHIN 20 NM on 134.2 338.2, or equivalent: 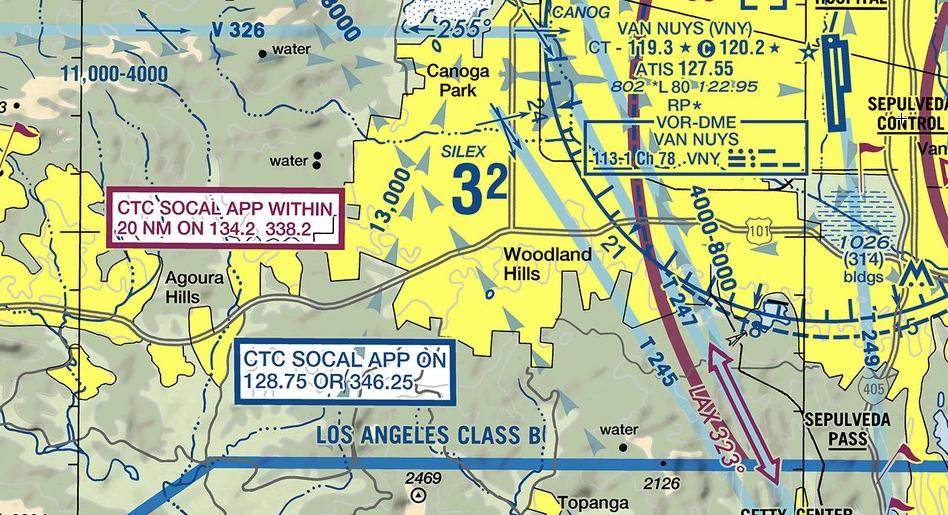 These boxes are used in connection with the nearest Class C airspace on the chart. Arriving pilots are requested to contact approach within 20 NM of the primary Class C airport. This is the answer to your question, the primary airport of that Class C airspace. Which airspace and airport exactly will depend on which magenta boxes you look at on the Los Angeles TAC. In the chart examples above and below, that airport would be Bob Hope (KBUR).

3-2-4 c. 2. (b)
NOTE-
4. Though not requiring regulatory action, Class C airspace areas have a procedural Outer Area. Normally this area is 20 NM from the primary Class C airspace airport. Its vertical limit extends from the lower limits of radio/radar coverage up to the ceiling of the approach control's delegated airspace, excluding the Class C airspace itself, and other airspace as appropriate. (This outer area is not charted.)

Note that the locations of the boxes on the chart (see image below) roughly correspond to the various approach sectors, with the frequencies contained in the boxes varying accordingly.

Also note that the blue boxes similarly correspond to Class B airspace, though the 20 NM note is absent, since Class B does not have the unmarked Procedural Area. 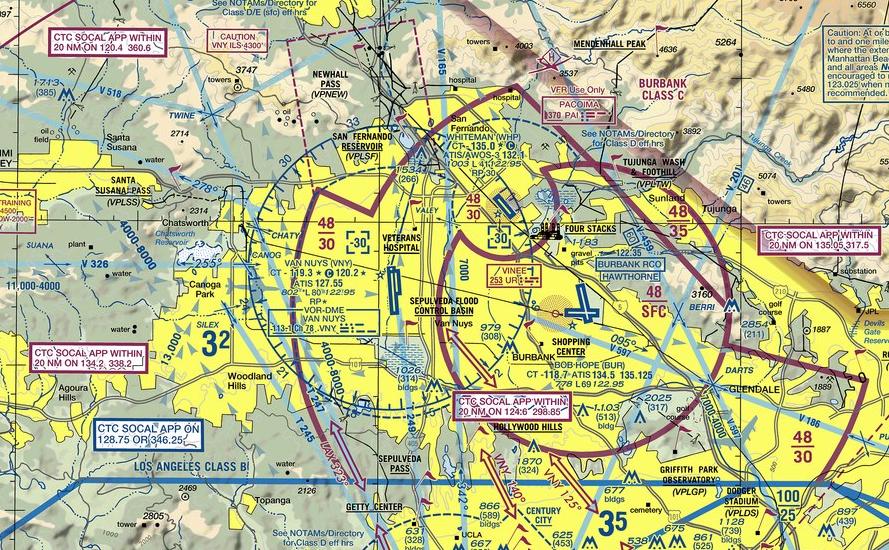 On this TAC the 20NM is not really in reference to any particular point as much as it is in reference to the "Primary Airspace" (really class B or C, which is usually referenced around an airport). So if you are within 20NM of the center (main airport) of any primary airspace, this is the frequency you could contact for flight following or to transition through the airspace. In this case, thats LAX, VNY, BUR, SNA, ONT, RIV. Boxes outlined in blue are the frequencies for entering the class B while the magenta boxes are the frequencies to contact to enter the class C (see pic below from the TAC). 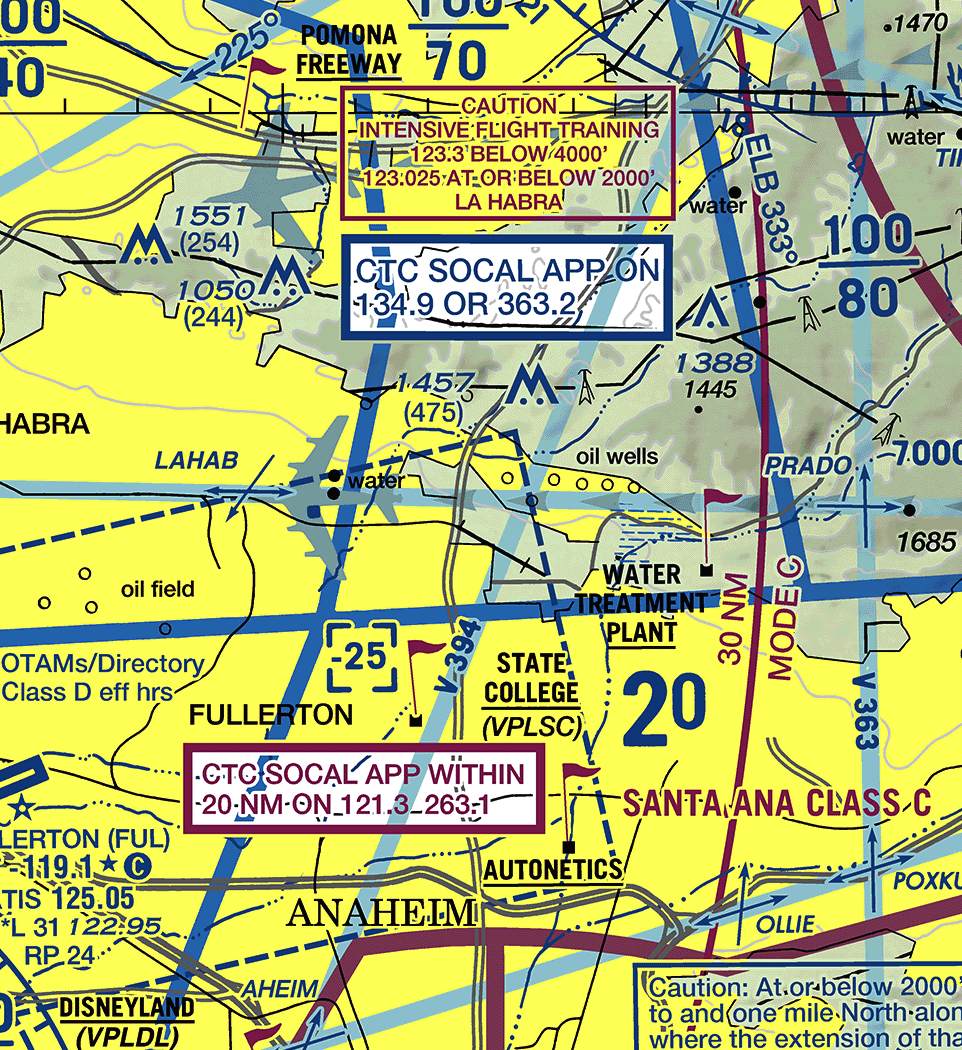 These are not mandatory contact instructions outside of the airspace (although you should always check local procedures). The standard radio contact procedures apply in the given airspaces. These are printed so you don't need to pull out your AFD to look up frequencies.

14
Why does only class C airspace have an "outer area"?

4
On an IFR Low Altitude Chart what does this symbol mean?
3
What is the easiest way to update sectional charts with bulletin changes between printings?
12
When is this Class D airspace not Class D airspace?
15
What does "MERMA" mean on the Los Angeles TAC chart?
4
May the Class-E-to-surface airspace near Eagle County Regional airport (KEGE) and Marshall AAF (KFRI) be ignored when the tower is open?
3
In the US, can airspace simultaneously be E2 and E4? What happens at KSTC to the airspace in the dashed magenta boundary when the tower closes?
3
Does this chart show a heliport in class D airspace without a control tower?