Aerion together with Lockheed Martin is building the AS2 supersonic jet. This is the most realistic SS business jet project of all time. But what do they mean by SNLF technology which claims to reduce drag? And how is it better than the delta wing which they claim is inferior.

Laminar flow over the wing reduces the friction drag. Achieving this has been the aim of a number of designs, from the laminar flow airfoils of the past to the latest 737 MAX winglet. While it is difficult enough to achieve in subsonic flight, the high wing sweep and Reynolds number in supersonic aircraft make it much more difficult to achieve.

One method of achieving this is to use wings with low sweep (unlike delta wings) and sharp (supersonic leading edges) at the expense of other forms of drag. 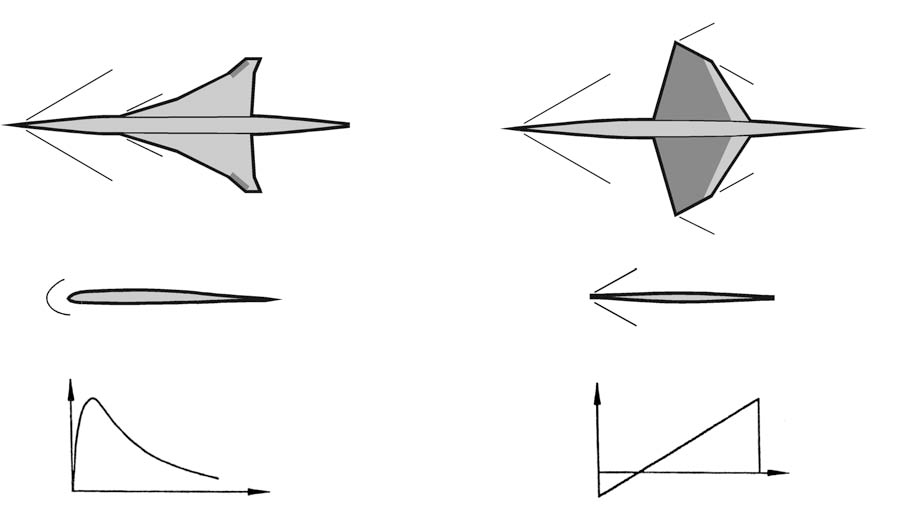 Dark colors show the expected laminar flow regions, while the graph shows the pressure gradients. Image from Unconventional Configurations for Effecient Supersonic Flight by I. Kroo

A number of designs have been proposed to this end from reverse delta to the Aerion's design, which looks strikingly similar to F-104 starfighter.

One method of achieving the laminar flow (i.e. extending it chordwise) in supersonic flight is by using laminar flow control (LFC) methods like suction etc. A good example is the use of suction in a F16XL test aircraft by NASA, which produced laminar flow over nearly half of the wing (less than the design value though). 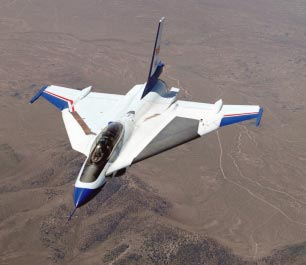 The problem with LFC is that it increases weight and takes up space in the wing, hardly an advantage in a supersonic aircraft. So, the next thing to do is increase the laminar flow distribution without using any mechanical (or other) aids.

Natural laminar flow means the presence of laminar flow even in the absence of any LFC measures. From NASA F-16XL Supersonic Laminar Flow document:

SNLF then, is basically laminar flow in supersonic flight without the aid of active boundary layer control methods.

SNLF has been demonstrated in the past (unsurprisingly in F-104), but the tools to analyze it and replicate it in other aircraft were lacking. This seems to the main thrust of the Aerion.

The AS2's wing design has been tested by NASA in a F-15 and the results seem to be encouraging. 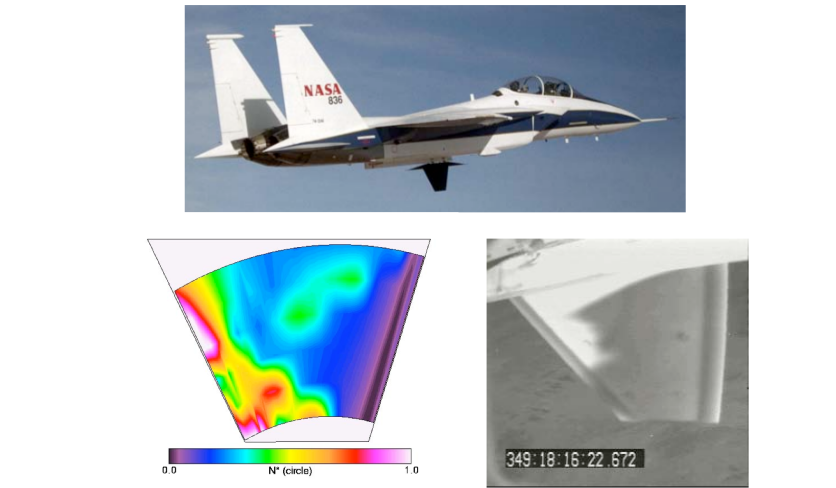 Aerion doesn't say that delta wing is inferior, but it is a simple fact that you can't use a delta wing for supersonic laminar flow. Aerion claims that its design will have 20% less drag than delta wing, but till the aircraft actually flies, we should take its announcements with a large dose of salt.

There are other problems the company has to overcome if the product is to be successful- if the wing is thin (as I expect it to be) and quite small, the aircraft's range appears wildly optimistic. For example, the F-104 had thin wings, but had the fuselage to put the fuel in; something that is very difficult in AS2 unless the passengers agree to carry some. Also, the small wing size may lead to quite high landing speeds. 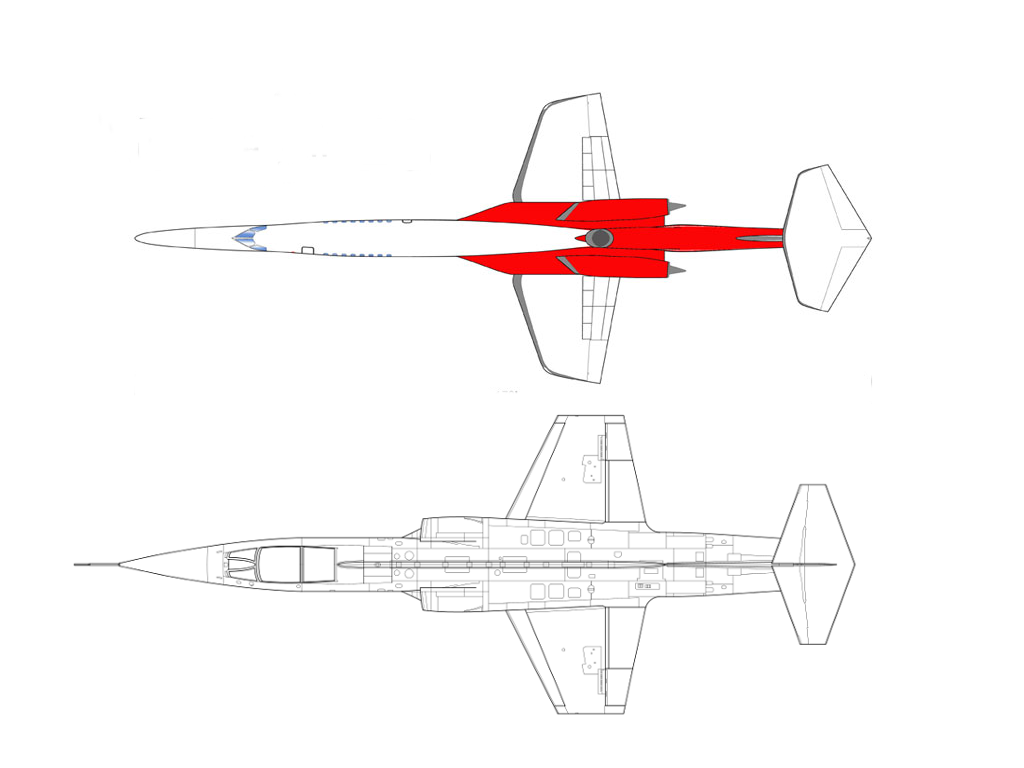 Planform comparison of AS2 (top) and F-104. Not to scale. AS2 from company website; F-104 from Wikipedia- attributed to Kaboldy.

14
Is there a boomless sonic technology in any state at this time?
10
Why was the Sukhoi Su-47 Berkut never adopted for service?
9
If no low-speed compromises were made, what would an ideal Mach-3 wing look like?
7
Could Mach 1.4 be a better design point for SST?
9
Can “a drone” damage the wing of “an aeroplane” to the extent it actually threatens its ability to fly?
2
Is it possible to use refrigeration technology to cool the skin of supersonic aircraft?
1
Which 2-seat 4th generation fighter/engine/configuration (de-militarized) would the best supersonic long-range civilian private transport?
0
Is co-flow jet wing technology workable?