Why is rotating engines in opposite directions more important for a propeller-driven plane than a jet?

From here it is seen that many multi-engine propeller planes spin their propellers in opposite directions. To avoid producing "left" and "right" types of the engine, a gearbox is fitted.

In contrast, jet engines usually spin in the same direction. Why is the spinning direction less important for a jet engine than for a propeller engine?

This is sort of explained in the linked question already. Specifically this answer (which I consider better than the accepted one above it) says:

Today, high power propeller aircraft tend to use identical engines but left- and right-handed gearboxes so the propellers run in both directions. This is less due to gyro effects and mostly to produce benign stall characteristics. The prop wash of a propeller increases the local angle of attack on the wing on one side and decreases it on the other side, so the wing will stall first on the side with bigger angle of attack. If this side is always to the right of the propellers, the aircraft will roll right in a stall.

In a turbofan the nozzle directs the flow below the wing aft of the leading edge, focuses it more and uses guide vanes to stop its rotation, so this effect does not occur. This eliminates the most important factor for deciding to use counter-rotating propellers.

Combine with the fact that most turbofans are not geared, so the whole engine would have to be mirrored, which would complicate maintenance a lot more than just having mirrored gearboxes and propellers does for turboprops.

I think the reason has more to do with the Propeller (P) factor and the rudder corrections required to over come it. This effect does not arise from gyroscopic effects - it is an aerodynamic phenomenon.

High power propellers will produce a proportionately high torque about the vertical axis at high angles of attack and low airspeed. Thus, high power aircraft will require a significant rudder input to overcome this torque and keep the aircraft aligned with the relative airflow or the runway or to keep it traveling through the air in a straight line and on a constant heading. When operating at high power and low airspeed the required rudder input can be very considerable. A long climb can give a pilot one very tired leg. Also, on applying power by increasing engine rpm the pilot must also make a coordinated rudder input as the amount of rudder input depends on the speed of the propeller. Counter rotating propellers eliminate this P torque and any corrective rudder input requirement for changes in propeller rpm or aircraft angle of attack.

In addition, pitching and yawing an aircraft can change the angle of entry of air into the propeller disk. Once again, this can cause uneven thrust around the propeller disk creating a torque on the aircraft around some axis other than the one the pilot intended. This torque then requires yet another coordinated input from the pilot to maintain the desired flight path. The axes controls are said to be coupled and pilot inputs become complicated and non-obvious increasing pilot work load.

Counter rotating propellers can eliminate all the effects of P factor.

The inlet ducts of jet engines direct the airflow into the engine and the turbine disks and align it with the turbine shaft axis perpendicular to the plane of the blade disk. As a result, P factor does not come into play here, jets do not have the problems caused by P factor, and jets do not need counter rotation to overcome it.

The main issue with co-rotating propeller aircraft is the issue with the propeller P-factor. The P-factor is caused by the downgoing propeller blades experiencing a higher angle of attack than the up going blades. This causes the thrust vector of the propeller to offset. The result is shown in the picture below. The picture depicts a C-130. It has four turboprope engines and when looking from behind all of the engines rotate clockwise. The black arrows on each of the engines represent the thrust vector on them, while the red arrows represent the net thrust on each side of the aircraft. The black arrows are all shifted to the right because that is the side of the down going blades and it causes the thrust vector to offset. 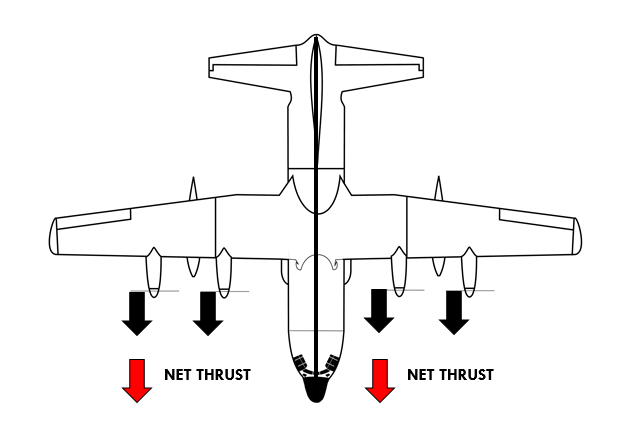 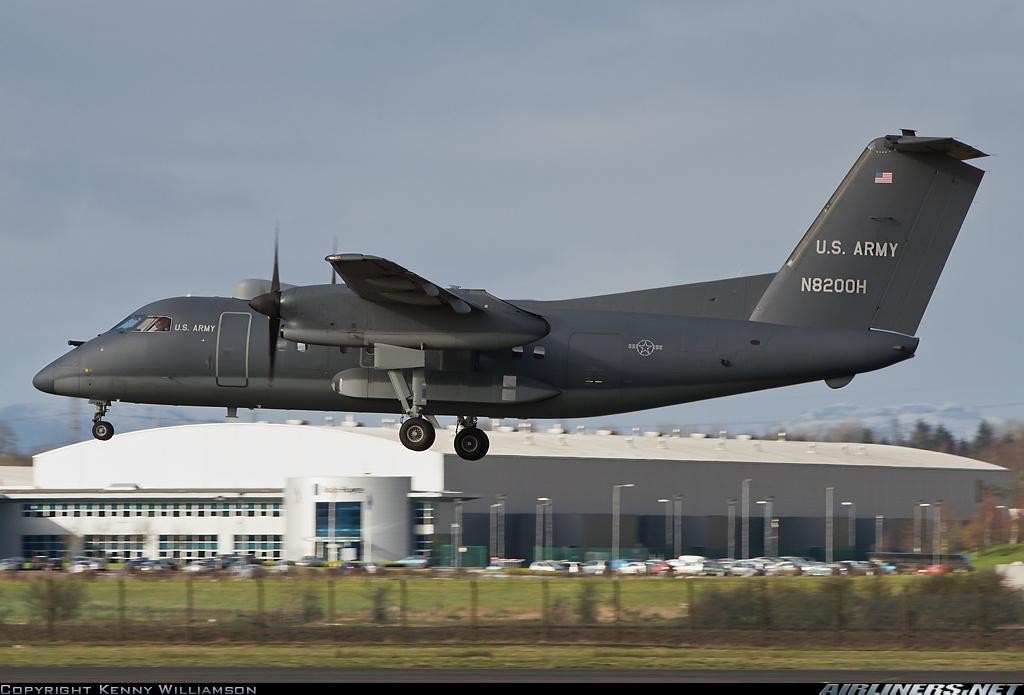 There are many GA multi engine aircraft with counter rotating aircraft. The aircraft I did my multi engine training, the Piper Seneca II had such engines. It had no effects of torque or P-factor as the thrust lines in both the engines are shifted inwards. It had the handling of a jet aircraft. You could fly it without no real input on the rudder. I believe it is a marketing thing in the GA world. One could say it is far more safer in an engine out condition.

In jet powered aircraft, such tendencies do not exist. There is no torque or P-factor. It keeps a straight line if you add or remove thrust. So, it does not really matter how the engines rotate in jet aircraft.

40
Do turbine engines on multi-engine aircraft rotate in opposite directions to offset torque?
1
How does p-factor affect jet engines?

40
Do turbine engines on multi-engine aircraft rotate in opposite directions to offset torque?
5
Why do jet planes with multiple engines have separate throttle levers for each engine?