Why do most commercial airplanes use hydraulics instead of electric/servo motors?

I'm sure it's possible to use servo motors to get precise control of the ailerons, elevators or the rudder. But still, hydraulics are widely used instead.

Hydraulics do have a disadvantage that a damage to the hydraulic pipes can cause loss of control. Even with redundancy, there are cases where all three hydraulic lines get damaged at the same time and there's complete loss of control (can't remember the example). I think in some smaller aircrafts servo motors are used. But why not in the larger ones. Is it because of the torque required?

What are the issues with using electric motors? If used what are the safety concerns? In terms of safety, how different are they from hydraulics?

I'm sure it's possible to use servo motors to get precise control of the ailerons, elevators or the rudder.

No, it isn't. Primary flight control actuators require both rather high forces and quick response time. Electric motors can provide either, but both at the same time is a problem. Hydraulics is still better for that combination.

Note that other actuators that don't require the fast response time (like flaps, gear or horizontal stabilizer foreplane (elevator trim)) are electric in some aircraft.

As mentioned already, hydraulic systems are fast and powerful but you need to also consider how extremely efficient and simple they are. Reducing complexity reduces maintenance costs which is a large factor. Flaps, trim devices, and landing gear doors are the only good places to use motors.

I believe the specific example you're looking for was the Sioux City DC 10 accident in the 80's (https://en.wikipedia.org/wiki/United_Airlines_Flight_232). The DC10 had an achilles heel in that all of the hydraulic lines ran parallel to each other in one section of the tail. When the tail engine suffered a catastrophic failure a fan blade struck through all 3 (?) hydraulic lines which led to a complete hydraulic system loss. Airplanes since then have been designed with the hydraulic lines running in separate places and further apart (i.e. different sides of the rudder) to prevent total flight control system failure.

Weight-to-power ratio of the actuators, but things are changing rapidly.

The main advantage of hydraulic vs. electrical actuation of flight controls is the easy way of distributing power of hydraulics. One large pump can be mounted onto a motor or engine, and generate power for multiple small, light hydraulic actuators.

Hydraulics do have a disadvantage that a damage to the hydraulic pipes can cause loss of control.

True - however, this is more of a problem associated with the central/distributed architecture. In existing aeroplanes, electrical is also generated by generators connected to the engine, then distributed via 400Hz power lines.

What are the issues with using electric motors? If used what are the safety concerns? In terms of safety, how different are they from hydraulics? 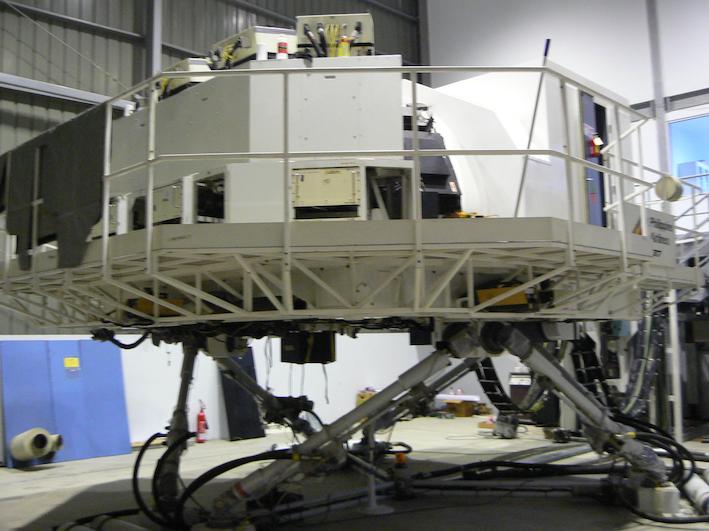 Every engineer and technician is know who has worked with both hydraulic and electrical actuation has been jubilant once the transition hydraulic => electric occurred, way easier to handle, tune and maintain.

Planes use hydraulics because of the immense pressures on the control surfaces during flight. Hydraulic systems can deal with higher loads than motors of similar size. An electric motor can get "stuck" when it encounters a load that is greater than it can move, possibly causing a crash if it happened in an airplane.

Electromechanical (EM) actuators can indeed replace conventional hydraulic actuators. There is also a intermediate, the electrohydraulic actutator (EHA) which consists of a local electric pump and piston actuator. Control is accomplished by servoing the motor rather than a hydraulic servovalve. EHAs used as part of all primary surfaces on the Airbus A380 and A350.

In an Airbus paper on the electrohydraulic architecture of the A380, they point out that their main concerns with electromechanical actuators are with the mechanical transmission between the motor and the surface.

In particular, they note that EM actuators require gear drives which are difficult to assess for the risk of jamming and failure. They also are concerned that when the gear train wears out, it will have slack, which may lead to limit cycle oscillations. Finally, they say that with EHAs, they can be made to operate as a damper for standby and failure mode operations, which makes it easier to integrate with existing hydraulic systems.

Electro-Mechanical Actuators are capable of performing as primary flight control actuation. BLDC power density and modern controller power electronics may be well suited for the role, but hydraulic actuation has a significant head start in heritage. I'm aware of an experiment a couple decades back that replaced hydraulic actuators on half of an F-18 to evaluate just this question:

As aircraft move toward "More Electric" architectures, there may be a greater drive toward EMAs throughout to minimize the required plumbing, maintenance, and system weight of hydraulics or EHAs. That said, airplane builders are typically pretty conservative...

33
Why do aircraft use hydraulics instead of pneumatics?
3
What are the advantages of electrical systems over pneumatic systems?
0
What are the reasons for using hydraulic power on major aircraft systems?

33
Why do aircraft use hydraulics instead of pneumatics?
7
Why aren't there any single turbofan airliner?
5
Why did fly-by-wire systems take so long to implement?
2
What is a minimal step angle deflection for flight control surfaces?
0
Why don’t large aircraft (larger than ~737-size) have even partial manual-reversion capability?
2
Why didn’t the space shuttle have flight control manual-reversion capability?
3
Why don’t airliners use stabilizer movement to assist with large pitch control inputs?
5
Why do the A320’s primary flight controls have hydromechanical backups only for the rudder?
9
Are 737 pilots required to train in manual-reversion flight?
9
How are the 737’s elevator and aileron cables attached to their control tabs without impeding the control surfaces’ motion under hydraulic power?