For what reasons might a taxiway be mistaken for a runway?

In this article, an airliner landed on a taxiway instead of a runway. What might be the reasons that a pilot can mistake a taxiway for a runway?

(I mostly know the answer for this question, but I want to see what you guys can find out too as well as making a reference point for others.)

Essentially, some taxiways look very like runways and they might even be more visible to pilots in certain conditions. That leads the pilots to focus on the taxiway rather than the runway.

In 2007 the FAA commissioned a study into ways to avoid pilots landing on taxiways, with special emphasis on KSEA (Seattle-Tacoma). One of their goals was to address exactly the scenario in the article you linked to:

Find a solution for the Seattle-Tacoma International Airport (SEA-TAC) problem by identifying possible visual aid enhancements to prevent pilots from mistakenly identifying taxiway Tango as the adjacent runway 16R as a landing surface.

There's also an FAA engineering brief that explains how to identify potential problem taxiways, it gives essentially the same information as the study.

Both documents say that the most important point is to alert pilots in advance about the potential problem by giving warnings via ATIS, charts and so on. That's especially true for pilots who aren't familiar with the airport, and GA pilots make more mistakes than airline pilots so presumably training and general currency/professionalism as well as having at least 2 pilots in the cockpit makes a difference too.

Here's a shot of a more or less correct approach to Liverpool Airport (lined up a little outside): 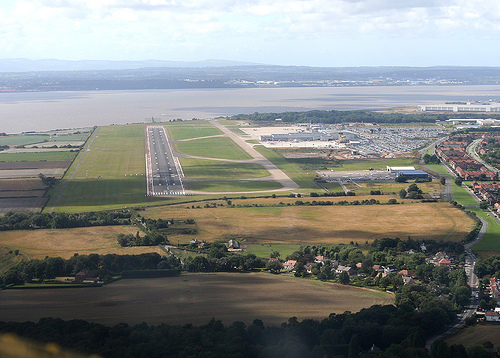 This is in clear daylight VFR conditions. Notice the taxiway to the right; long, straight, flat, and very runway-like. If the conditions weren't as clear and you were in a pattern where you crossed by the taxiway first, you might mistake it for the runway.

Here's a circling shot of DFW International from the southeast, almost in line with 31R to the right of the picture: 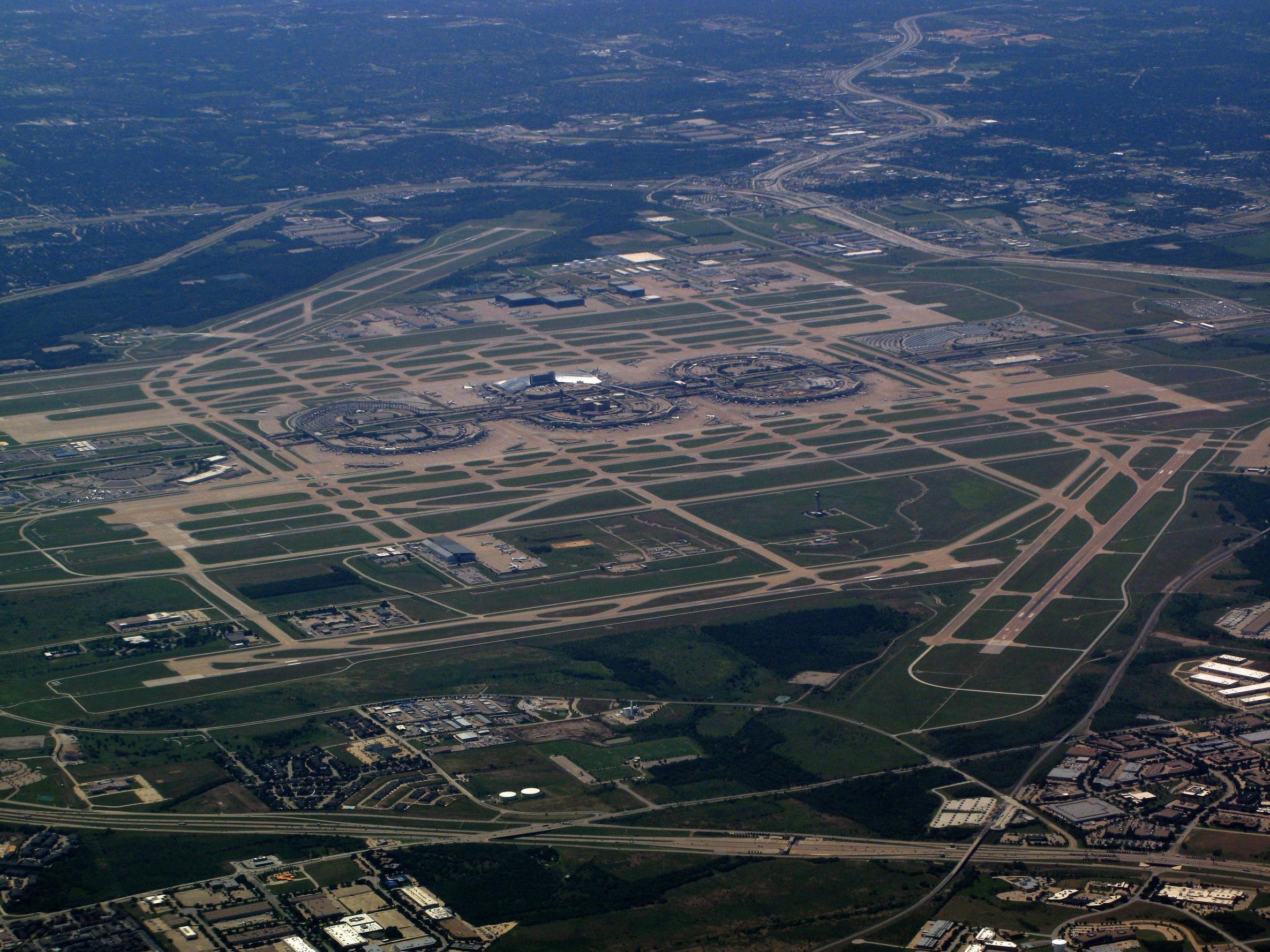 Each runway has a full-length or near-full-length taxiway, and because of the heat, movement count and weight considerations of the planes it regularly sees, all surfaces at the airport are concrete to minimize maintenance and resurfacing needs. Even on the normal north-south approaches, it can be difficult in some VFR conditions (with no approach lighting) to distinguish the runways from adjacent taxiways. The outlying diagonal 13/31 runways are worse in some regards as their taxiways are full-length and nearly as wide as the runway itself, and they have, in some circumstances, been used as runway surfaces, so the taxiway has a few tire scuffs and jet blast marks at the expected places for a runway. If you can't clearly see the threshold marker due to glare, it's not hard to at least line up for the taxiway and have to go around once you realize your mistake closer in.

In general, landing on a taxiway is more likely to happen:

As Air Traffic Controller, I can say that there are many reasons, but mostly:

Taxiway "A" at the approach end of runway 29R has the words TAXI on the taxiway. Many A-10 and F-16 pilots over the years have mistaken the parallel taxiway with the runway. The primary is the approach is a LOC BC and as such is a little more difficult than standard for training pilots. They look up at MDA, right of center-line and see a long "runway" and not the taxiway.

I've personally trained pilots who have lined up on a taxiway. Two things were apparent, they were both visual approaches with no instrument backup to reference and they both looked up assuming the runway was right in front... like it always is.

One pilot commented he can't imagine a pilot mistaking a taxiway for a runway till he was circling one day and lined up on the parallel taxiway to the circling runway. We talked about it afterwards, he said. "Wow. I swore that was the runway. I identified the runway and my perception made it so... even though it wasn't. I need to take more time to confirm what my perceptions are telling me."

Pondlife has an excellent answer. I just wanted to add that at some (very few) airports, the taxiways are specifically constructed as an alternate landing surface, for emergency use in case the main runway is shut down. In this case, the taxiway could look very similar to the main runway, just without the appropriate markings.

Additionally, in theory an airport could be expanded, and old runways could be transitioned to be used as taxiways. This would make them look physically similar, again without the normal markings.

My own technique is to always have the ILS tuned up for the runway I am landing on (if there is one at that runway), even when doing a visual approach to prevent just this (or prevent landing on the wrong runway if there are multiple parallels). Lining up on the wrong piece of concrete should show up pretty clearly on the ILS, especially when very close in.

Not the answer you're looking for? Browse other questions tagged safety airport runways or ask your own question.

13
How can pilots differentiate runways and taxiways during landing?
10
How will aiport operations at KOAK be affected when taxiway W is promoted to a runway?

21
What information does a pilot have about aircraft operating on an intersecting runway?
11
How do Rapid Exit Taxiways improve aircraft movements?
7
How to verify the runway numbers in a systematic way given the high workload during landing?
11
Can an airport fine an aircraft for being too noisy?
12
Was the runway upgrade at Mataveri Airport on Easter Island really related to the Lee Correy novel "Shuttle Down"?
8
Reasons for significantly lower than normal approach
3
What are these protuberances on the north edge of runway 10/28 at Mataveri?
27
What was this mystery flash on an airport runway?
19
Should I wait for Tower to provide runway exit instructions?
39
Why might a too-wide runway be a problem?