What are the advantages of single vertical stabilizer over a twin set?

Why did the PB4Y patrol aircraft use a single fin while the B-24 it was derived from used twin fins? I have read that the twin fins were thought to be superior but this was realized to be false. Why did engineers believe the twin fins to be superior and what caused them to reconsider?

Why did engineers believe the twin fins to be superior?

There doesn't seem to be any single definitive reason for selecting the number of vertical fins on an aircraft design (except, obviously, for the twin-boom designs such as the Lockheed P-38 or Fairchild C-119). I've seen all of the following cited by one authority or another as advantages of multiple vertical fins. (Sorry, I didn't save or remember the sources.)

The Consolidated B-24 Liberator was designed in something of a hurry. In fact, the Consolidated company had told the USAAF (who had asked them to produce B-17 under license) that they would have the aircraft ready in the same time it takes to adapt B-17 for production in the Consolidated plant.

As a result, the parts of design were 'borrowed' from other aircraft. The twin tails were taken from the Consolidated XP4Y Corregidor. 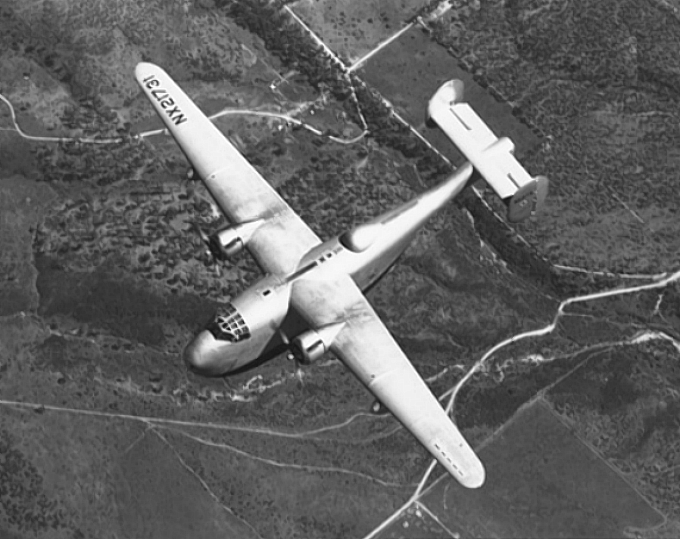 "XP4Y-1 in flight" by Unknown - This image is available from the United States Commons. 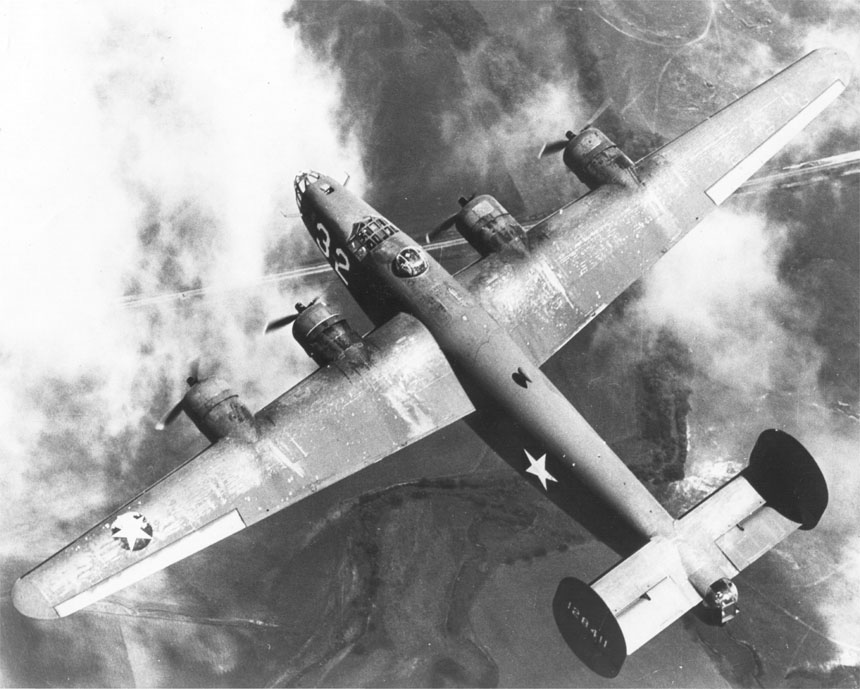 More B-24s were produced than any other heavy bomber but it had its own share of problems. After sometime in service, the USAAF determined that the aircraft would have better stability if it had a single vertical tail and a production aircraft was modified (called XB-24K) for testing this. Tests showed the following improvements:

The army was impressed enough that it recommended that single tail be used in all future aircraft, with the model number B-24N. The B-24N also included other improvements like the installation of spherical Emerson model 128 turret in the nose, modified (knife edge) windscreens etc. 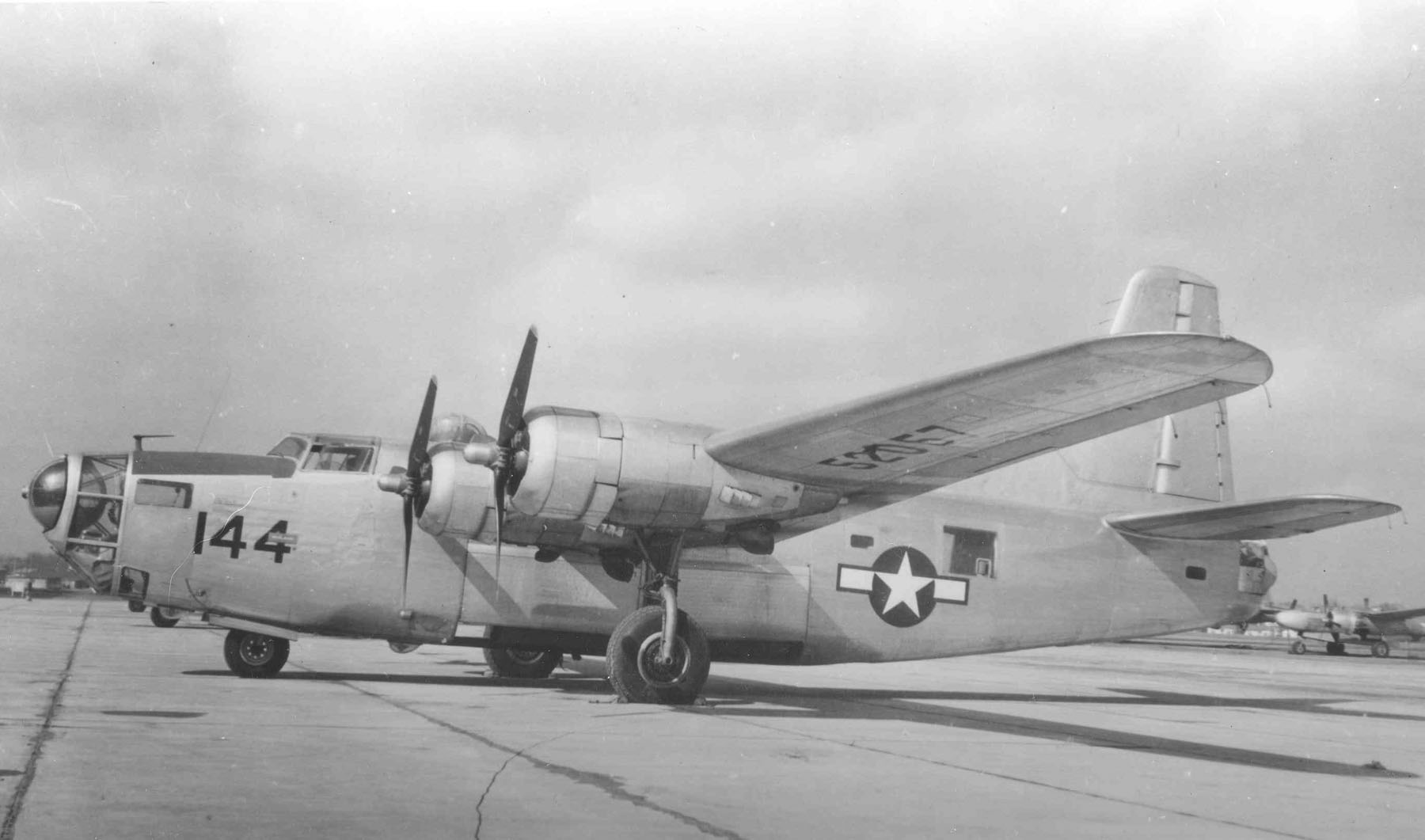 An order for over 5000 B-24Ns were placed, which were canceled later (in May 1945) as the war drew to an end and only a handful of B-24N with single vertical tails were made.

The PB4Y-2 Privateer was developed from the later models of B-24 and had the single vertical fin in its design as a result. Most of the PB4Y-2s were in fact, delivered after the WWII. 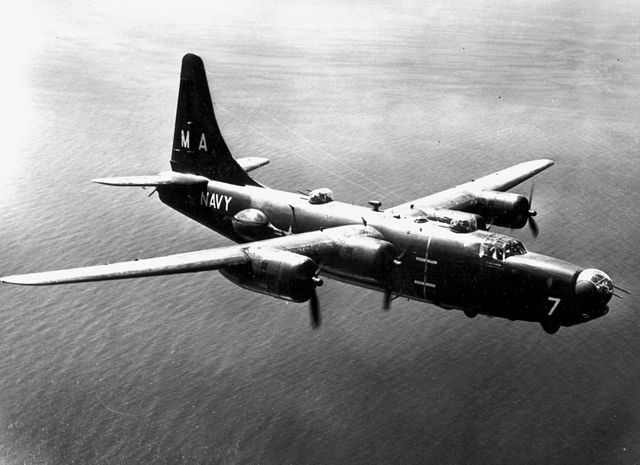 The additional weight associated with control surface hardware like cables, hinges, a beefy horizontal, etc must be a consideration. The added complexity related to maintenance of the system might be another. On the other hand, battle damage that might completely obliterate a single vertical may only damage one of the two on a plane equipped with a pair of verticals.

There are multiple reasons for twin vs single fins. In the world war 2 era, twin fins were used to help with engine out performance. The blue line speed on WW2 twins might be 50 mph faster than the take off speed, and even on four engine designs it was a major factor because bombers on take off were heavily loaded. Lose an engine and it would be a very close thing 4 engined or 2. Twin fins helped in this respect by lowering the blue line speed over single finned designs.

Well, the double vertical stabilizer is still in use in many airplanes like the F-22, F-35, F-15, A-10, and the A300 Super Transporters as well as many other airplanes. So, there is not much "reconsideration" in aircraft design on twin or single stabilizers. The reasons for choosing one over the other is survivability (some military aircraft) or structural requirements compared to simplicity.

Twin fins/rudders reduce yawing from landing or taking off in a crosswind as the second one is blanked and the affected side area is smaller. Twin tails are in the prop wash of the engines on multi-engine aircraft and so are slightly more effective especially at low speeds, and can thus be smaller than fins/rudders that are not. Some aircraft used multiple tails to reduce their height so as to fit into smaller hangars such as the Lockheed Constellation. Twin tails used as endplates on the tailplane also increase the tailplane's efficiency so it can be smaller and produce less drag. As mentioned however - they are more complex, and in an engine out situation yaw control may be degraded slightly. The only aircraft where redundancy was claimed was with the A-10 and that claim is dubious as the rear fuselage remains a weak point. Similar aircraft would be highly dependent on how the controls are designed. The B-24 had snaking issues that could have been resolved by lengthening the fuselage slightly but they chose to go for a redesign.

39
Could the Shuttle Carrier Aircraft do a transatlantic flight with a Space Shuttle orbiter on its back?
42
Why do many fighter jets have double vertical stabilizers?
5
Why the use of twin tails?
3
Why does the V-22 Osprey have twin stabilizers?

14
When Boeing designed the 737NG, what factors influenced the change in the flap system?
15
What is this tube along the right side of a Blue Angel?
22
What are the advantages of twin-fuselage aircraft?
17
Why did upward turning propellers in the F-82 Twin Mustang cause a loss of lift in the center wing section?
9
What advantages and disadvantages do tri planes have?
2
What are the advantages of the Cri-Cri's tail and fuselage design?
3
Why does the V-22 Osprey have twin stabilizers?
21
Why did some Caravelles have a very long dorsal fin?
30
Would an 8% reduction in drag outweigh the weight addition from this custom CFD-tested winglet?