How to read the propeller range chart for DHC-6 Twin Otter?

I understand constant speed propellers and beta range. However, I'm not completely sure I'm extracting everything from this chart that appears in a manual for a flight sim model of the Twin Otter. 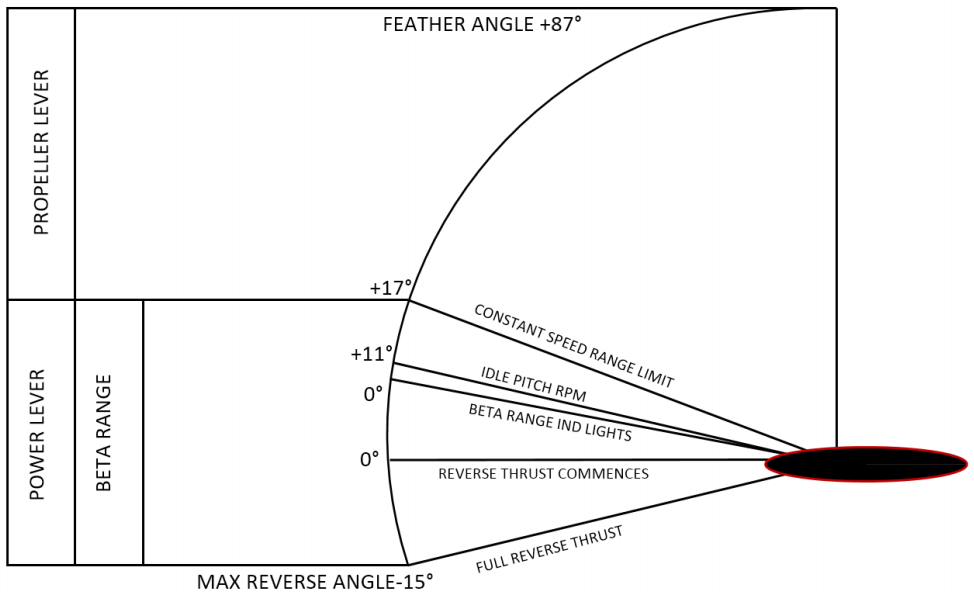 Most of high performance propeller aircraft use constant speed propellers, with variable pitch. The speed remains constant over (most of) the flight regime, while the propeller pitch is varied according to the requirement (by the Constant speed unit or CSU).

In case the propeller is stopped in flight (for example, due to engine failure), the propeller pitch is increased so that the propeller is basically parallel to the airflow, so as to minimise the drag. This marks the extreme value of feather angle 87$^{\circ}$ shown in the image. 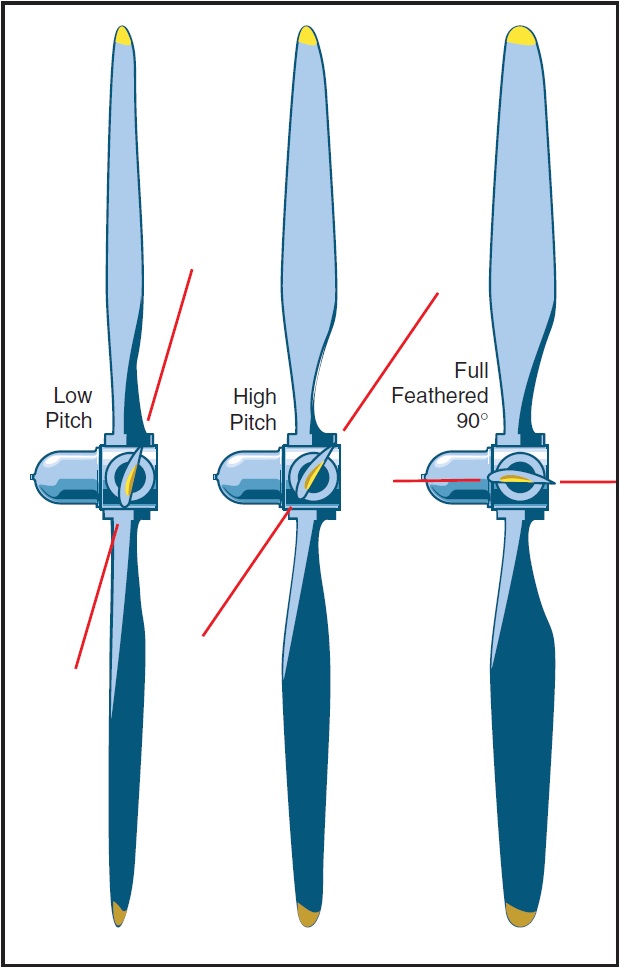 The propeller range used for forward flight is usually called the $\alpha$ range, where the blade pitch has moderate values with constant speed, which is set by the propeller lever. Obviously, this speed is not constant over the entire range between engine start and shutdown. Usually around the idle, the rpm drops (this varies according to the design) and this gives the constant speed range limit.

Now, during landing, the aircraft speed is reduced usually using brakes etc. However, it is possible to do so using propeller itself- basically by turning it backwards. The $\beta$ range refers to the region where the propeller is producing zero or negative thrust.

On PT6 powered aircrafts, the Bêta range is controlled by the PCL ( Power Control Lever ) which also directly control blade angle. Yeah, the governor is overriden and by moving the PCL past the idle gate ( you usually have to lift the PCL against that gate ) you directly schedule blade angle in correlation with Ng ( Gaz generator ) speed.

In the beta range, the aircraft can be slowed down by making the propeller pitch flat (0$^{\circ} 30'$ here) and creating drag. The reverse thrust starts after this, with the full reverse trust coming in at the limit -15$^{\circ}$.

I think there is some typo in the figure. From this answer(cleaned up):

Beta range in the Twin Otter is from 11° to -15°(reverse) propeller blade angle.

The Beta range lights will be lit when Your in the range from 9°to -15° propeller blade angle.

Not the answer you're looking for? Browse other questions tagged constant-speed-propeller dhc-6 or ask your own question.

30
How does a constant-speed propeller work?
12
How do Throttle control and Propeller control work together?

15
Why is the autopilot of the DHC-6 Twin Otter powered by bleed air?