How does an airport catch up when it is behind on traffic?

When airports fall behind traffic for some reason and delays piling up, how do they catch up? If flights need to be cancelled, who decides (and when) - ATC, airport management, or airlines themselves? 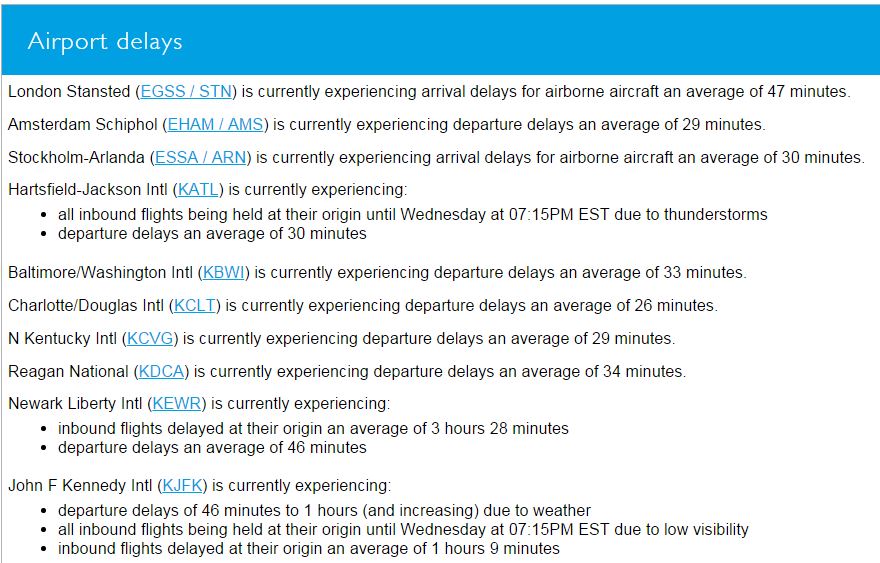 With a very busy airport (Heathrow is often quoted as an example), however, it's possible that the airport is at/near 100% capacity for long periods. Heathrow runs at nearly 100% capacity (roughly 98%), and much of the "quiet" period is actually at the very start of the day which doesn't leave much slack.

However, there's some scope for "absorbing" flight delays: at Heathrow, most aircraft will sit in a "hold" stack for a while before landing. Aircraft join this stack as they arrive and wait their turn to land. If one plane is a little late, another will simply take its place in the queue and everyone jumps "up" one space until the delayed flight. As long as there are aircraft in the stack, short delays or aircraft arriving early don't really make things too chaotic - there are still 60 aircraft landing in the next hour, it doesn't really matter what order they land in.

However if there's a bigger problem such as ice, which means the overall capacity is reduced, flights must be cancelled as they simply cannot all fit in. In this case the airport will typically reduce capacity across the board and allow the airlines to choose which flights to cancel. In the case of Heathrow, this will usually be the relatively local, high-frequency routes: eg the once-a-day flight to Sydney, Australia will still fly, but one of the once-per-hour Glasgow flights will be cancelled. For the most part the number of cancelled flights is down to the airport/ATC, but the specific flights cancelled are up to the airlines.

Well, the delays usually pile up during the busy hours. They manage to eliminate the delay times when the flights arrive or land at the non-busy hours which dissipates most of the delays. One or two flight cancellations won't have much impact on the departure or arrival time during busy hours because the airport is packed.

This situation is very similar to rush hour traffic on roadways dissapating after those hours.

To answer your second question, it is mostly airlines that cancel their flights. Airport management might cancel a flight if there is something really wrong with it. and ATC might cancel if the weather or some other occasion warrants it.

To add to the other answers, one thing ATC will do is order ground stops. Basically they stop the inbound flights at their origin until there is space to fit them in at the destination.

There's an excellent blog post on the whys of ground stops and why planes will leave the gate and sit on the ramp sometimes for hours.

When there's congestion or delays at the destination, ATC will often give them a narrow opening to get in the queue. If they can't be in the air in so many minutes then someone else gets the spot.

It's a very informative read. He's also got a post on how the "passenger bill of rights" throws a wrench into this.

Not the answer you're looking for? Browse other questions tagged air-traffic-control airline-operations airport or ask your own question.

35
How can an airliner make up for time lost?

6
What does the airport fuel market look like?
8
Can airlines schedule more flight arrivals than the destination airport capacity?
6
How does traffic handoff between ZMA and Cuba work?
5
What happen to schedule flight when airport close for undertermined duration?
19
Can commercial air traffic operate from uncontrolled airport, airspace?
14
How does handover between Air Traffic Controllers work?
9
Why would a pilot on final to a towered airport not speak up when ATC clears another aircraft to land on the same runway, without mentioning them?
0
How does the traffic pattern at a large airport affect nearby, smaller airports?
4
What benefits does Automatic Dependent Surveillance bring to continental ATC over Mode S?
1
Why do most U.S. cities with multiple airports try to concentrate airline operations at just one airport instead of spreading out the load?