What are the advantages of a Pelikan tail compared to a V-tail?

The X-32 was Boeing's entry for the JSF contest, which was supposed to serve USAF, USMC and USN. JSF called for an affordable VTOL capable aircraft operated by all three services. Boeing decided to go for a tailless single piece delta with a direct lift system, similar to the Harrier. 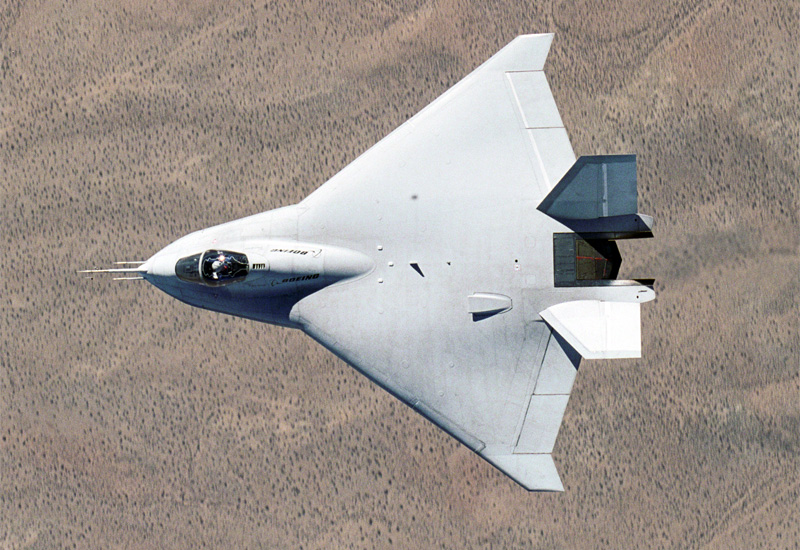 The adoption of direct lift system and other considerations meant that X-32 had weight issues (They actually had to strip off some parts for VTOL). However, midway through the program, USN changed its requirements, requiring improved performance and payload capabilities. This caused serious problems for Boeing as its present design was expected to fall short of the requirements.

In order to overcome this, Boeing decided to change the wing and tail design of X-32. For tail design, two designs were proposed- a conventional four poster tail (like Lockheed's X-35) and a Pelikan tail (it was conceived by Ralph Pelikan, who worked for McDonnell Douglas and now for Boeing after their merger). The main points put forward in favor of Pelikan tail were,

However, the problem was that nobody has flown with this design so far. After some discussion, Boeing decided to go with the Pelikan tail. However, after a few days, the decision was reversed as the design was found to be heavier by a considerable amount as the larger control surfaces required beefier hydraulics and Boeing decided to go with a conventional tail, which turned out to be around 1500 lb lighter compared to the original design.

However, the prototype was not actually modified due to lack of time. The modified aircraft would've looked like this: 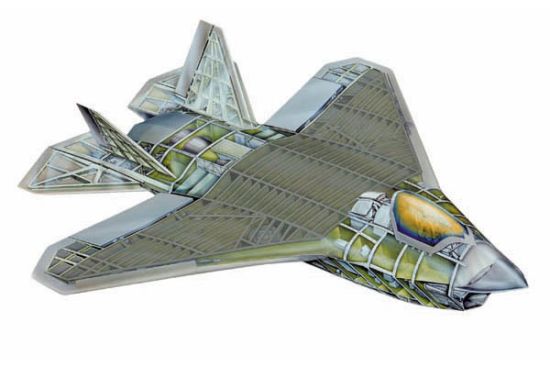 Saab is testing a (sub-scale) concept with Pelikan tail called the FS2020, which has Pelikan tail. 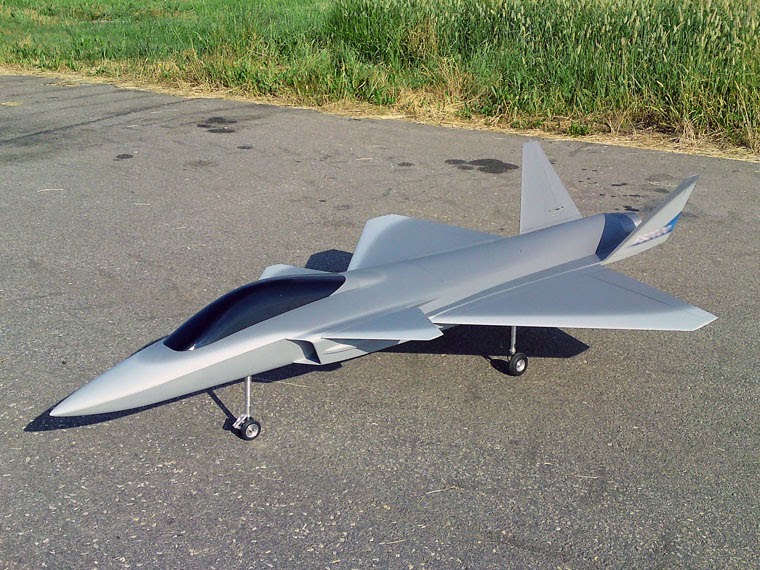 A Pelican tail is a V-tail with the two tail surfaces set apart. Compare this to a straight V-tail as that of the Lockheed F-117: 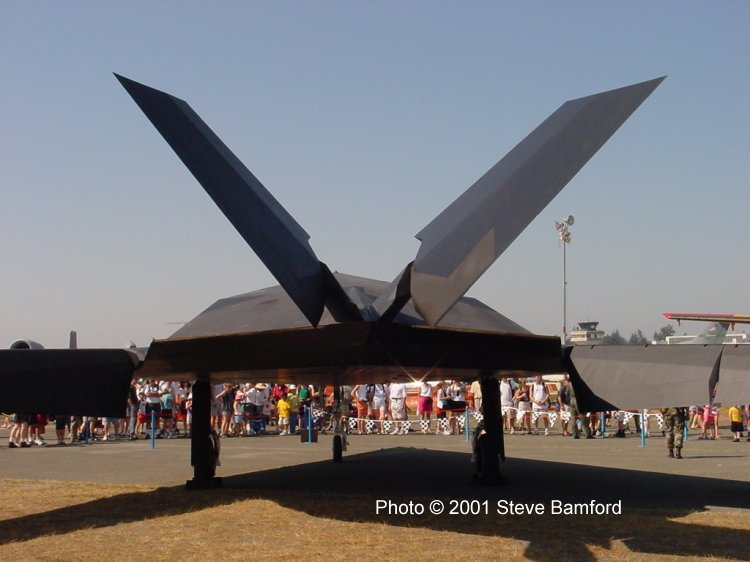 The closest to a Pelican tail which has actually been flown is maybe that of the Northrop YF-23: 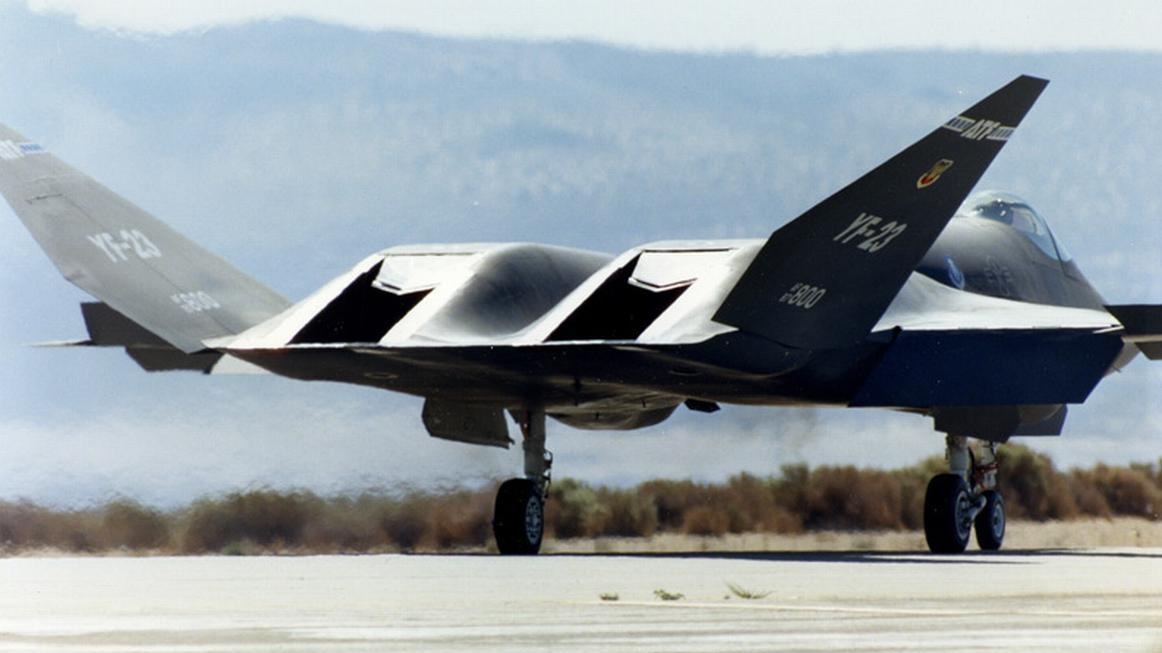 Clearly, the distance between the two surfaces is dictated by the engines, but Northrop could have placed them on top of the nacelles. However, doing so would had been a poor choice for several reasons. A Pelican tail has those advantages:

EDIT: I knew I had seen a Pelican tail before, but could not remember where. Now I found it: 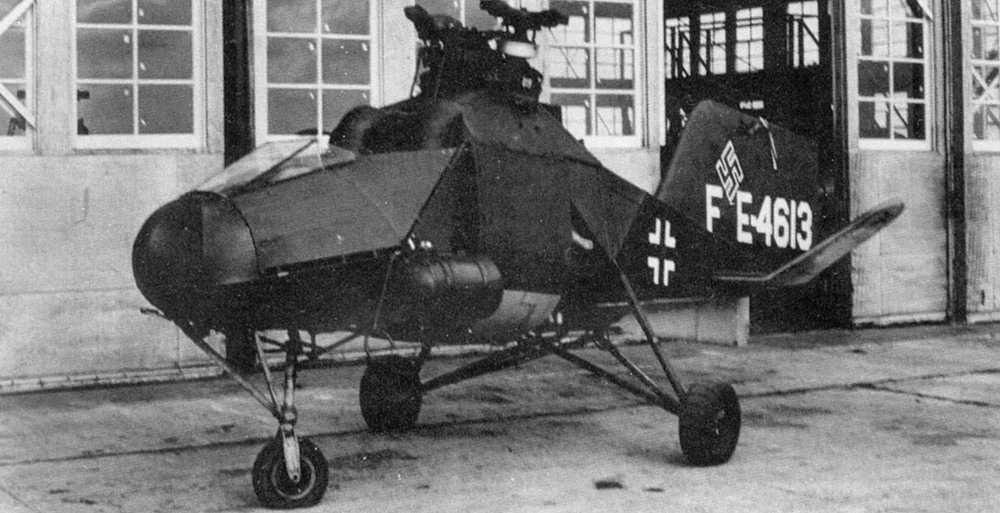 This ist the German Fletter 282 V23 helicopter (picture source), and yes, this is a Pelican tail; however without control surfaces. It had two intermeshing rotors which made a tail rotor unnecessary. Anton Flettner had built the similar Flettner 265 in 1940 and introduced the 282 in 1942.

23
What is the difference between the V-shape tail and the straight tail on the Beechcraft Bonanza?