How do flap track guides work?

I am planning to build a large-scale LEGO airlier with most parts functional. Doing a little looking at pictures and research I see that commercial airliners have an underwing body that houses the flap track guides. How do they work mechanically?

There are different ways of moving flaps. The trivial case where they rotate around a hinge point which lies within the airfoil contour does not increase wing area. Fowler-type, backward-moving flaps are possible in three general ways: 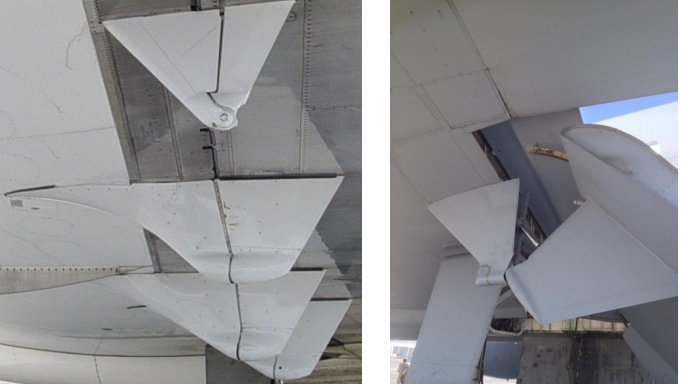 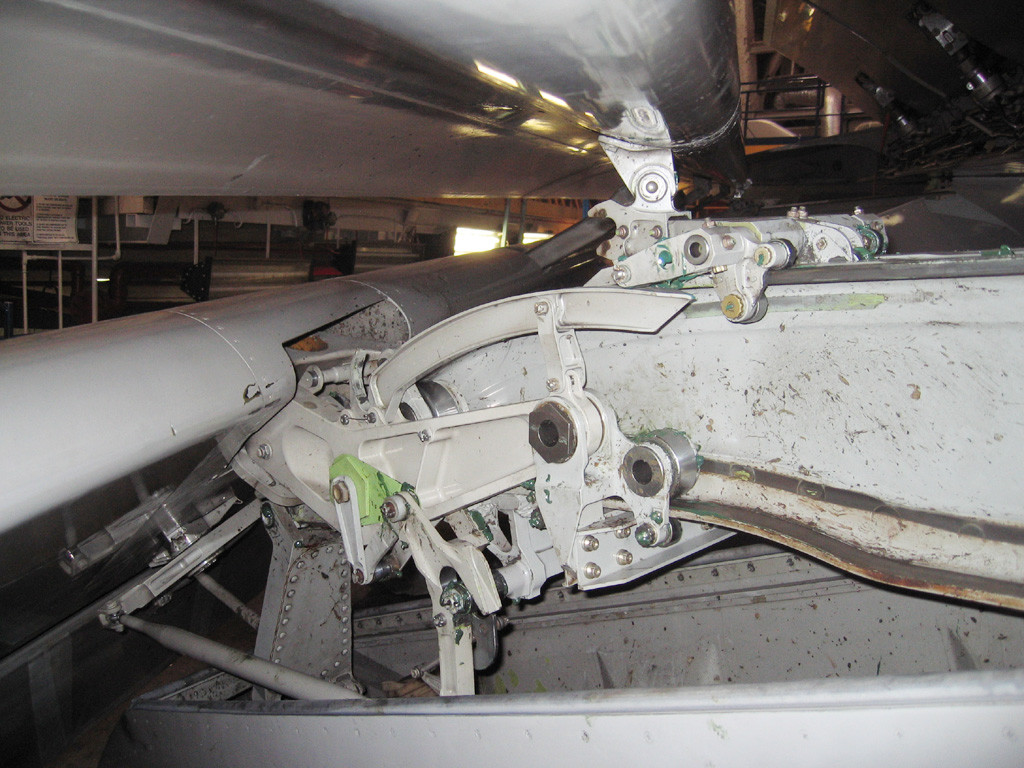 Boeing 747 flap tracks (picture source). Note that the upper block is supporting the first flap segment and the lower block the second. Actuation is via a spindle; the linkage in the lower left corner is actually the mechanism for moving the flap fairing.

Not the answer you're looking for? Browse other questions tagged aircraft-design flaps or ask your own question.

8
How are flaps controlled?
1
What backup systems are in place for flaps actuated by sliding block guides?