LPV/LP approach (RNAV with WAAS): What is actually the "channel number"?

Curious about the answer to this question: How may I verify WAAS channel number on G1000?, I just found that SBAS/WAAS use in aviation seems to be poorly explained.

In particular the WAAS "channel number" seems to suggest that some radio frequency is associated with a given WAAS approach.

(Image taken from the linked question)

I think the WAAS service is provided by only two geosynchronous satellites, each one broadcasting on the same frequency the corrections for the whole US area. So there is no need to tune the WAAS receiver based on the airport location, the runway number, or the LPV identifier.

So the question: Are these 3 informations strictly redundant (maybe not taking into account version numbers), and they exist only for triple-check purpose?

Could you confirm that selecting any of these values on the avionics will only change what is retrieved from the local navigation database, and will not impact the GPS/WAAS data received?

Note: I could understand if the approach were LAAS/GBAS (local ground-based) instead of SBAS.

No one has this correct. The channel is a legacy of how the LPV is encoded in the nav database. The format used is the same as a GBAS approach where a local VHF transmitter was used to broadcast local diff GPS corrections for precision GPS approaches. The avionic used to fly these approaches had a code selection window where you entered a channel number - the channel number being generated based in the VHF number. When LPV came along they used the same format in the nav database as the GBAS approach but still needed a "channel" number even though there was no longer an associated VHF transmitter. ICAO manages allocation of these codes (used to be the FAA). So basically they are helpful to identify you have the correct approach but otherwise mean absolutely nothing.

@George Williams provides the key element to understand why unique channel numbers are used for procedures not requiring individual radio channels, this is why I selected his answer. I'm only providing complementary information I could find based on George's explanation.

The GNSS 5-digit channel number is a way to select an approach on avionics equipements. 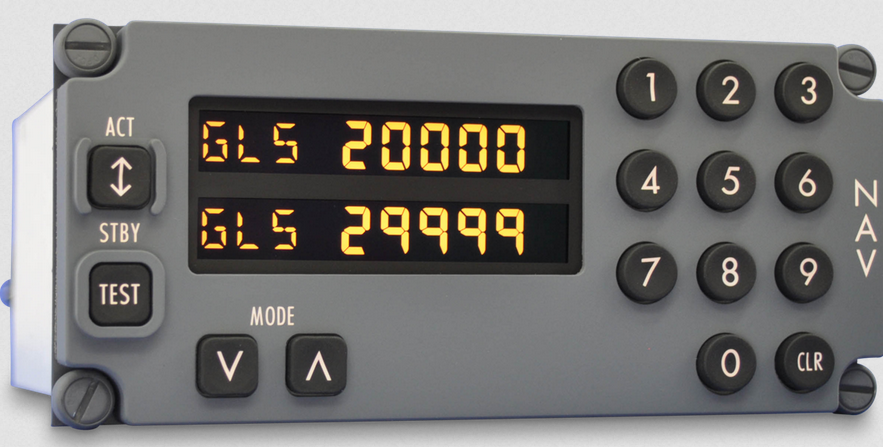 In addition of tuning the receiver, this can also recall the associated approach path from the navigation database. Because the channel number can be used to select an approach path, it must be uniquely defined.

It can also be related to radio frequency but hasn't to, so "channel" is actually misleading. The radio part doesn't come from the GNSS signal frequency which is well known by itself, but from the GNSS augmentation system. GNSS position is usually improved (augmented) by GNSS signal correction to reduce the delay introduced by atmospheric refraction.

GBAS corrections are essentially for users in a small area around the evaluation station, and different VHF frequencies must be used to not interfere. Transmissions are known as VHF Data Broadcast (VDB).

The channel number is computed from the frequency used, and also from an index identifying the system to be accessed, either the reference path data selector (RPDS) or the reference station data selector (RSDS), which is usually 0. The channel number is determined using the formula: $\small 20,000 + 40 (f – 108.0) + 411s$, $\small f$ being the VDB frequency and $\small s$ being the index.

SBAS corrections are related to a wide region, e.g. a sub-continent, transmitters are based on geo-synchronous satellites and broadcast on the same L1 frequency than the GNSS constellation. So their frequency is well-known and no channel is to be selected.

Channels 40,000 to 99,999 are reserved for SBAS approaches. Numbers are allocated by ICAO. On the past FAA used to assign numbers for WAAS area and Eurocontrol for EGNOS area.

This pdf by Jeppesen provides the meaning:

WAAS Channel Number, unique to each airport, and Reference Path Indicator (RPI), which is made up of the letter “W” plus two or three characters representing the runway number. These are shown in both the Briefing Strip (chart heading) and plan view.

So the Channel Number provides the airport, and the RPI provides the runway number as well as the specific procedure. The combination of the two of them provides a specific approach at a specific airport, in much the same way that the title of the procedure on the approach plate is only meaningful if you combine it with the airport identifier.

As far as what you need to select in a particular avionics package, that depends on the design, but you are correct that it doesn't affect how it processes the GPS / WAAS signals.

7
What is the benefit of having baro-VNAV in addition to a WAAS GPS?
2
Approximately what percentage of aircraft are equipped with RNAV?
9
Does altimeter setting affect the vertical guidance in a LPV approach?
20
What is the difference between GPS, GNSS and RNAV?
5
Can I use my non-WAAS GPS receiver with ADS-B in the United States?
8
Is a "GPS required" ILS (or other navaid-based) approach considered a "GPS approach" for alternate planning's sake when TSO-C129/196 gear is in use?
1
What are the WAAS requirements for RNAV (GPS) approaches?
9
What is the difference between RNAV and RNP?
8
Due to the corrective calculations being ground-based, does the reliability of WAAS degrade with increases in altitude?
1
Why are SBAS-equipped planes exempt from the preflight prediction check?