Could the Shuttle Carrier Aircraft do a transatlantic flight with a Space Shuttle orbiter on its back?

Some of the STS backup landing sites were in Europe.

Of course, The STS would actually have to fly there only in case of extreme emergency, so the number one priority was just to save the lives of the crew members.

However, did NASA have a plan, or would it be doable to airlift the Space Shuttle atop an the Shuttle Carrier Aircraft like on this picture? 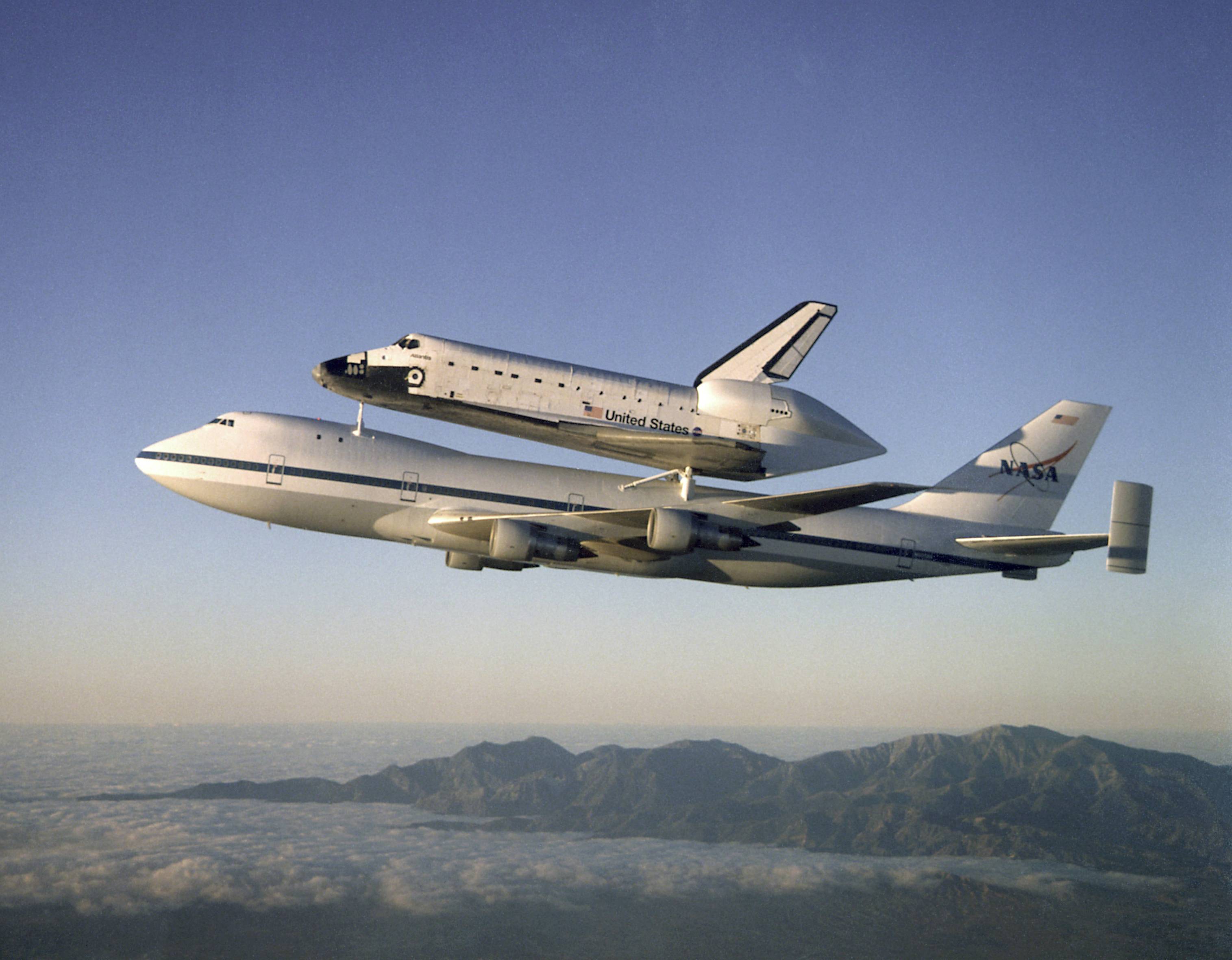 I'm especially curious about the range penalty induced by the additional drag of piggybacking the orbiter.

A procedure had been established to return from a Transoceanic Abort Landing (TAL) site to the Kennedy Space Center (KSC) using the Shuttle Carrier Aircraft (SCA). The maximum weight that could be ferried from Europe was approx. 87,000 kg, so so weight had to be removed from the orbiter prior to being mated.

The SCA had a maximum range, unmated, of 5,500 nautical miles, however when matted the range decreased to 1,000 nautical miles, using reserves. 4,500 NM were lost by carrying the orbiter. The SCA would have had to stop in UK, Iceland, Greenland, and Canada.

A test for in-flight refueling had been conducted but no solution was developed. From our friends at Space Exploration:

Studies were conducted to equip the SCA with aerial refueling equipment, a modification already made to the U.S. Air Force E-4 (modified 747-200s) and 747 tanker transports for the IIAF. However, during formation flying with a tanker aircraft to test refueling approaches, minor cracks were spotted on the tailfin of N905NA. While these were not likely to have been caused by the test flights, it was felt that there was no sense taking unnecessary risks. Since there was no urgent need to provide an aerial refueling capacity, the tests were suspended.

A tailcone covering the 3 aft engines and the thrusters was used to reduce the drag and the buffeting on the SCA vertical stabilizers. It also protected the engine nozzles from being damaged in flight.

See below if you are interested by more details of the recovery plan.

Plan Used After Landing at the TAL Site

Operations to be conducted to return the orbiter to KSC were documented in a plan that couldn't be identified with certainty, however the US Department of Defense (DOD) plan to support the turnaround is quite descriptive of the operations. From DDMS TURNAROUND FUNCPLAN 3611-03 (C=TAL day):

The turnaround operation, to include redeployment of personnel and equipment, may require up to 120 days to complete. [...]

C+26: NASA begins 24 hour turnaround operations to prepare and mate the orbiter to the SCA for return ferry flight. [...]

Each of the TAL site was equipped for the Orbiter landing and turnaround operations:

Each TAL site is covered by a separate international agreement. The TAL sites are referred to as augmented sites because they are equipped with space shuttle-unique landing aids and are staffed with NASA, contractor and Department of Defense personnel during a launch and contingency landing. 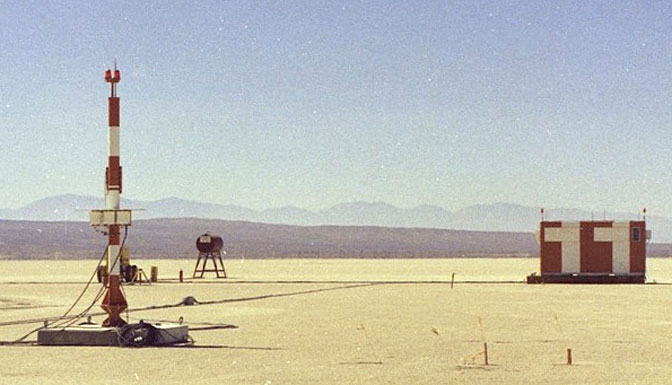 Safing and deservicing of the orbiter would be initiated by the deployed TAL team and augmented by a team known as the Rapid Response Team. [...]

The TAL site ground operations manager would initially be in charge until relieved by a higher-ranking management official who would arrive on the response/investigation team aircraft.

Within 24 hours, the response/investigation teams would arrive at the TAL site aboard C-17 aircraft carrying personnel and equipment. Most of the equipment would come from Kennedy Space Center and Dryden Flight Research Center in California.

Following the advance response/investigation teams contingent, the Deployed Operations Team, consisting of additional personnel and equipment, would begin arriving at the TAL site for the orbiter turnaround operation. NASA estimates it would take about 19 C-17/C-5 aircraft sorties, a significant Navy sealift operation, and 450 NASA and contractor personnel to complete the turnaround. [...]

Payloads and/or airborne support equipment will remain onboard the orbiter for the flight back to Kennedy Space Center unless the capability of the shuttle carrier aircraft, landing site location or other requirements dictate other wise.

Lightening the Orbiter at the TAL Site Before Ferrying to KSC

Weight limits of the SCA:

This requires not only removal of the payload but removal of Orbiter main engines, tires, landing gear and other components as well. In addition, the Orbiter Z axis (vertical) and X axis (longitudinal) center of gravity location must be within a limited envelope, as shown in Figure 1.

From The Conquest of Space, Ferrying the Shuttle - Part Four: The Shuttle Carrier Aircraft:

A typical route might take the pair from continental Europe to England, then on to Iceland, then Canada, and finally to the United States.

Mating and Demating the Orbiter

Photo gallery of Discovery mating at Edwards and demating at KSC (STS-114). 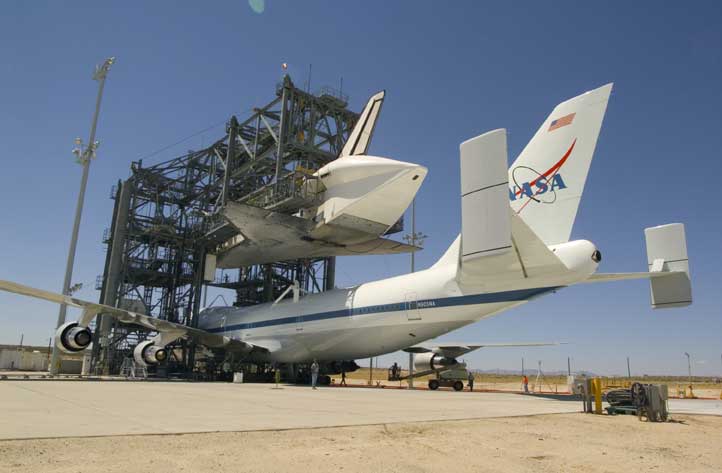 The mating structure above couldn't be used at a TAL site, so a crane would be available for the operation: 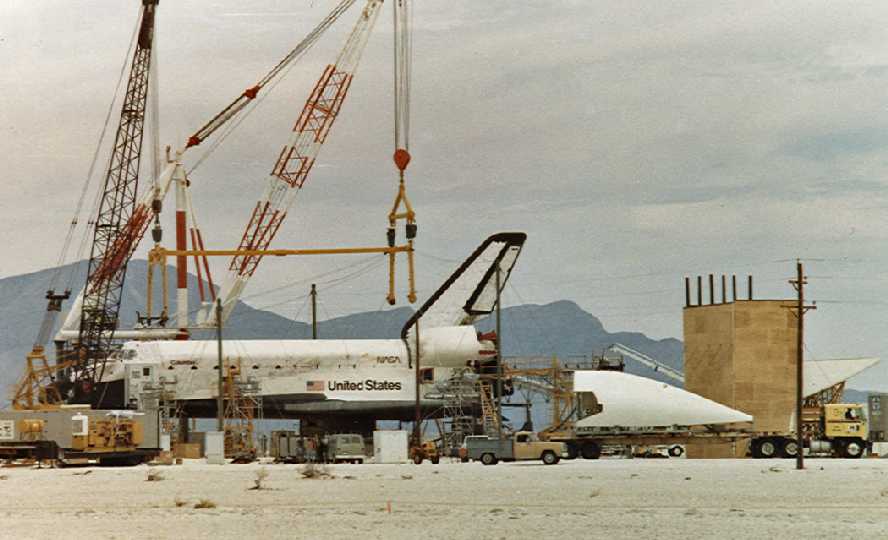 There were two SCA: 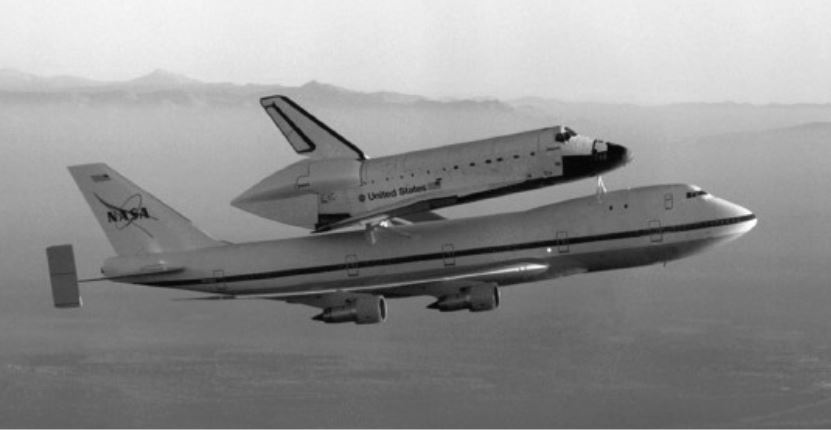 The SCA didn't flight very fast: 250 kt or M .6, due to the drag from the orbiter and the additional vertical stabilizers. Its typical cruise altitude was also rather low to prevent freezing of the orbiter fluids:

The range was hence a bit shorter than if it flew higher. Typical range:

Yes, it was possible and NASA had a plan. Enterprise was taken on a European tour in 1983, visiting the UK, France, Germany and Italy. To get there, it crossed the Atlantic on the back of the Shuttle Carrier Aircraft (the converted 747). According to Slate, the range of the SCA was about 1,000 nautical miles so it made refuelling stops at Goose Bay and Keflavik on its way to London Stansted.

Payloads and/or airborne support equipment will remain onboard the orbiter for the flight back to Kennedy Space Center unless the capability of the shuttle carrier aircraft, landing site location or other requirements dictate otherwise.

The document also details the procedure to be followed in case the TAL is to be used. TAL sites were 'activated' prior to launch and a C-130 was kept on standby for evacuation and emergencies.

Not the answer you're looking for? Browse other questions tagged drag range transatlantic transport-category space-shuttle or ask your own question.

14
What are the advantages of single vertical stabilizer over a twin set?
23
Which aircraft require that the vertical position of the centre of gravity is checked?
4
What are the trim settings on ferried aircraft?
3
What effect does the Space Shuttle have on the Shuttle Carrier 747
-4
How many B747s SCA does NASA have?