Where do military aircraft carry flares?

Many sources on the internet say flares are carried in the fuselage, but do not specify the exact location of the compartment.

Does anybody know exactly where they are stored?

The location of the flare/chaff dispenser (FCD) depends on the aircraft type and even in case of the same aircraft, they can be located in different place, depending on the version and customer.

For example, the F-16 carries the FCD in its body fairing, as can be seen in the following image of Hellenic Air Force F-16 Demo Team “Zeus”. 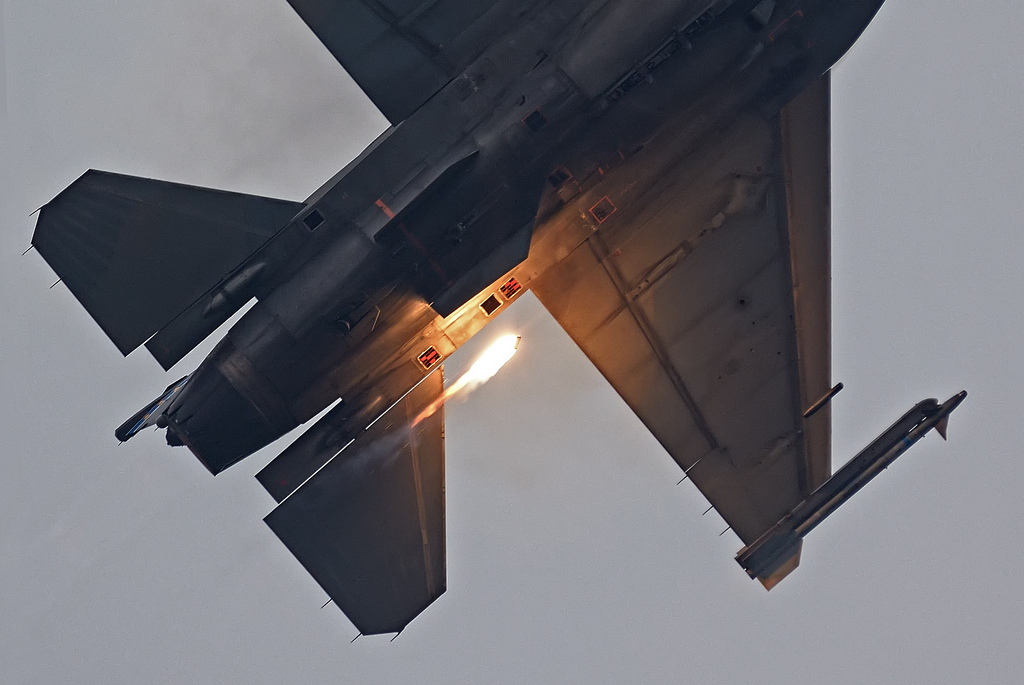 The following image shows a close view of FCD. 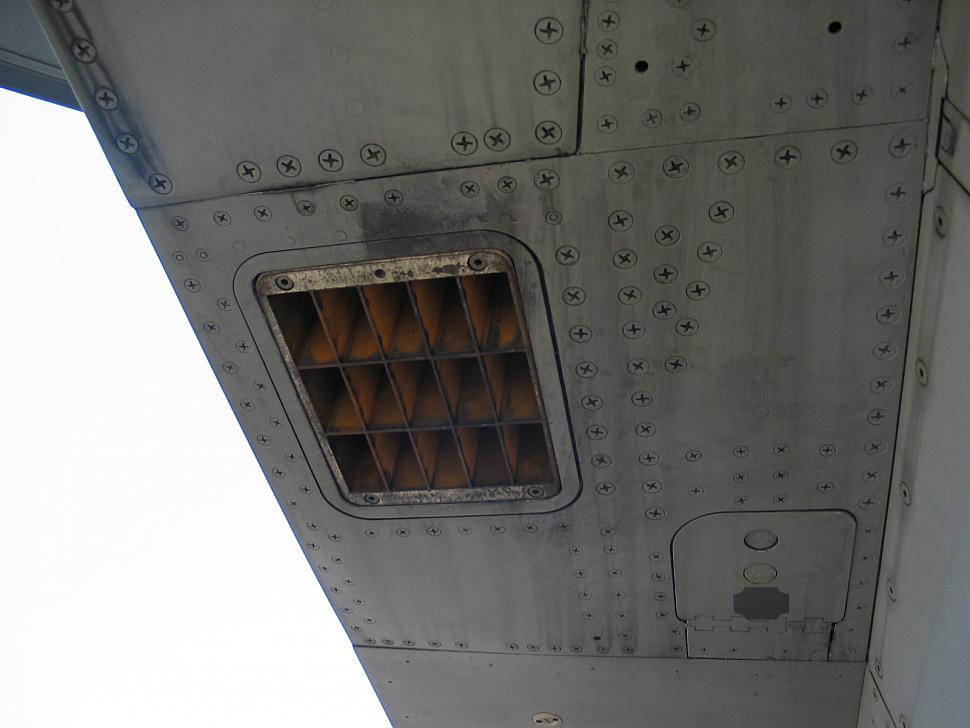 The following image shows an Israeli F-16B 'Nezt' having FCD between its ventral fins. 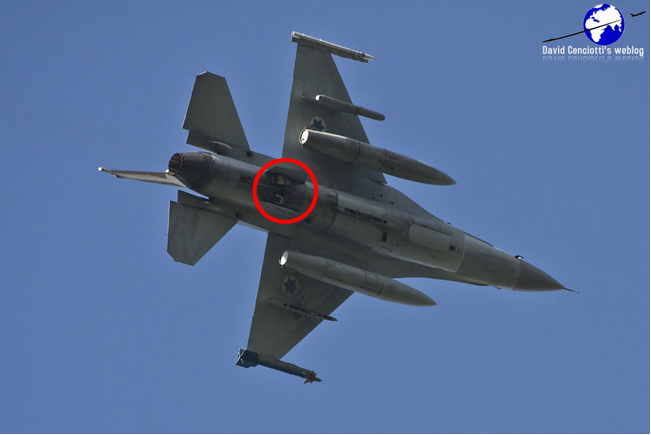 Initially, most of the FCDs were retrofitted to the existing aircraft and were simply attached to them. However, most of the modern aircraft have FCD bays integrated into their fuselage. Still, some aircraft can carry extra flares/chaffs in their pylons (called PIDS (Pylon Integrated Dispenser System)), as shown below in an RDAF aircraft. 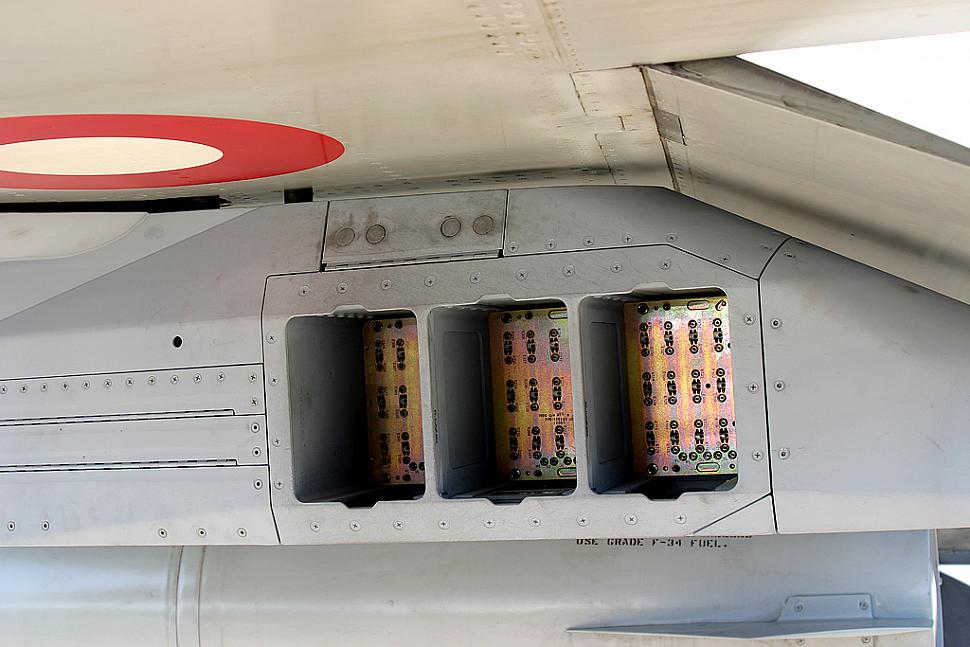 Also, most of the combat aircraft have the FCD in the bottom, while transport aircraft (and helicopters) have them on their sides.

Not the answer you're looking for? Browse other questions tagged military fighter or ask your own question.

21
How do combat jets know when to launch flares to counter IR missiles?
10
When were flares first used as IR countermeasures, and by whom?
16
What's usually going on in a "hot" military operations area (in the US)?
2
Is the F-117 fleet at Tonopah Test Range being mothballed?
4
Would climbing onto fighters placed on display cause damage?
3
How often are drop tanks actually dropped?
24
How does the head-up display on a spitfire work?
11
What are these accelerating flare countermeasures called?
1
How are military aircraft directed to targets?