What is the significance of hover performance in helicopters (HIGE, HOGE)?

I was looking at a helicopter performance chart and it listed two values in feet, identified as "Hover in ground effect (HIGE)" and "Hover outside of ground effect (HOGE)."

What do these numbers mean, and why are they significant?

Usually, the altitude at which a helicopter can hover at a given weight (and atmospheric conditions) is given for both HIGE and HOGE conditions. HOGE is much more restrictive compared to the HIGE. For example, the following image compares the hoer performance of R44 helicopter in and out of ground effect. 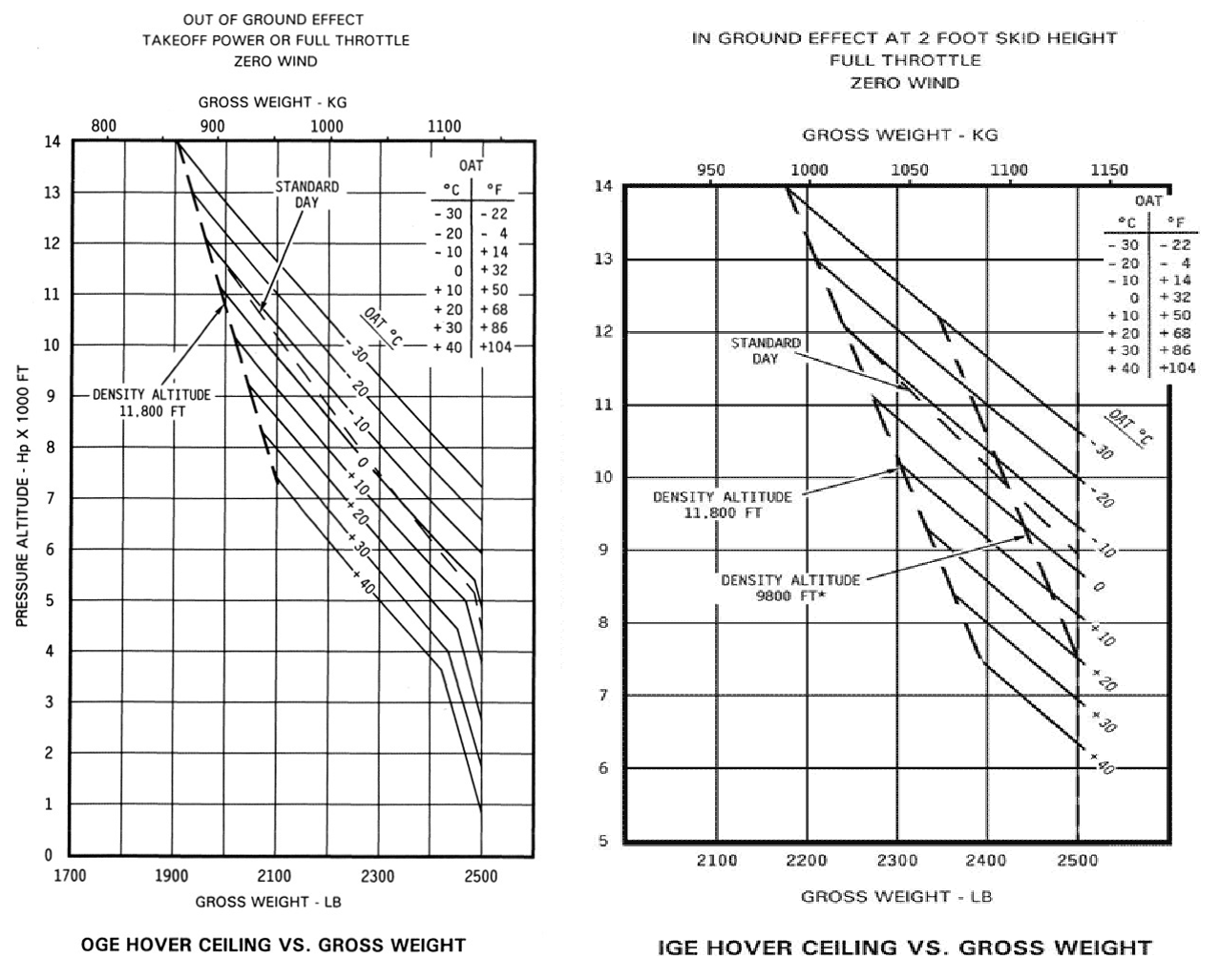 In a sense, HOGE represents the absolute limit of the helicopter performance and it should be considered for operational calculations where there is no availability of rigid surfaces for vertical takeoff and landing or their presence is not confirmed.

39
Can all helicopters hover, and how long does it take to “stop”?
9
Should helicopters fly when they the lack power for vertical climb out of ground effect?

23
Do helicopters ever dump fuel before landing?
6
Is this a reasonable way of thinking about an auto-rotation?
2
What effect does cold weather have on helicopter performance?
32
Are there full scale helicopters capable of sustaining inverted flight?
8
What is the minimum allowed altitude for helicopters over a residential area in the US?
3
What do we hear, on the ground, from a helicopter in flight?
7
Why are almost half of the world's helicopters in North America?
6
How to keep a helicopter steady when close to the ground?
3
How do typical ground marshaling signals differ for helicopters?
5
Why is ground effect greater over smooth hard surfaces?