Why is there a difference between aileron upwards and downwards deflection angles?

Is this assumption true or are there any other technical reasons behind this deflection angle difference? 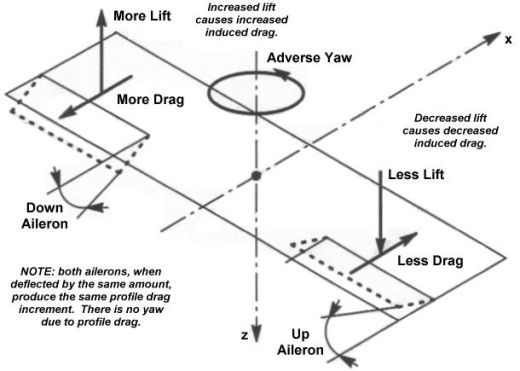 One aileron is deflected downward while the other is deflected upward. One the side with the downward-deflected aileron, lift increases as the deflection effectively increases the camber of that portion of the wing. The opposite happens in the other side.

However, the drag is also affected by aileron deflection- both induced and profile drags. For same deflection, the profile drag increase is same in both the wings. However, the induced drag on both sides are not equal, with a larger amount the wing with the down aileron (as the lift is more and induced drag is proportional to the square of lift). 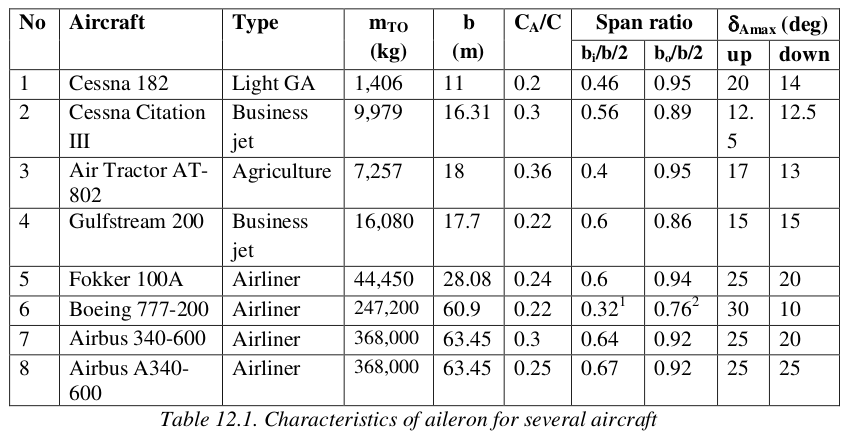 This adverse yaw can also be prevented by the use of,

There is another reason to use a differential aileron- to prevent tip stall at high angles of attack (stall speeds). The rolling couple on the aircraft is always the difference in lift between the two wings. At or near stalling speeds, it is better to reduce the lift in up-going aileron than increase it in down moving one and risk stalling it.

You are right regarding the control forces. Differential ailerons is the easiest way to reduce aileron forces at high angle of attack.

The mechanism is as you suspect. Key here is the free-floating angle of the control surface. Since the wing creates lift, its hinged flap will be pushed up by that lift. The equation for the floating angle $\eta_f$ is $$\eta_f = -\frac{c_{r0}+c_{r\alpha}\cdot\alpha}{c_{r\eta}}$$

This means that the up-moving aileron will do so with gusto while the down-moving side needs extra force to be moved. If you now change the gearing such that equal amounts of stick travel mean ever smaller deflection angles when the aileron moves trailing edge down, your leverage is improved. At the same time, the up-going aileron will help to push the control rods into the deflected state, so forces become smaller still, if both ailerons are connected with stiff pushrods.

This effect is greatest at high $\alpha$, as you can easily see from the equation above. It helps less in cruise when $\alpha$ is low, but then aileron movements will be small or even zero when a high-speed aileron takes over.

On modern airliners this direct link is missing, so they do not see the benefit in control force reduction. Nor do they need so since the ailerons are moved by hydraulic actuators. Here the main advantage is better stall resistance in slow flight. When the high lift devices are deployed, they induce extra suction on the outer wing and bring it close to stall. Without leading edge devices the outer wing would stall even before the full lift potential of the inner wing has been exhausted. Adding a large aileron deflection almost guarantees poor stall characteristics in the approach and landing configurations. This is the main reason for the reduced downward deflection in airliners.

Now to adverse yaw: Drag due to deflection is small and plays little part in the yawing moments unless one aileron has separated flow on its suction side (which means it is stalled). What really causes adverse yaw is the different tilt of the aerodynamic force vector on each wing. Remember that lift is acting perpendicularly to the local flow direction? The rolling wing sees a variation in angle of attack over wing span, with the angle of attack on the down-moving wing being increased from the rolling motion while the up-moving wing sees a reduced angle of attack. Consequently, the lift vector on the down-moving wing points forward while the one on the up-moving wing is slanted backwards. This is what causes adverse yaw.

I do agree fully with both previous answers, however we need to distinguish required relative defections for a bank order, from the maximum physical possible up and down deflections for the following reason:

Many modern aircrafts have a « droop » fonction which uses the ailerons to provide a flap effect when flaps are extended, in this case the droop function should not prevent the ailerons roll function to work properly, thus the aileron maximum deflection, (with respect to the rigging aileron neutral position in the clean configuration),might become larger for the downward aileron compared to the upward aileron.

Not the answer you're looking for? Browse other questions tagged wing ailerons or ask your own question.

18
Why do slats deploy first?
15
How does the particular piece of flap behind an engine on a B777 work?
10
Do airliners stall first at the wing tip?
3
What are the scale effects of GA wing tip airfoils?
1
What are typical control surface deflections?
1
What does stick fixed and stick free longitudinal stability mean in simple terms?

1
How much do aileron on a commercial airliner move for manoeuvring and trim?
5
Which are some planes shaped like an inverted wing?
1
How to define the aileron's deflection angle (in the Laplace domain)?
15
Why would the front edge of an aileron fold outward?
1
Could reduced-lift wingtips allow an airplane to generate less wake turbulence?
3
Does a rotating control surface change the wing area?
2
What's the relationship between aileron deflection and roll moment?
6
Why does the A320’s maximum allowable aileron deflection decrease, rather than increase, when the flaps are extended?
3
What is the term for an aileron that’s also used as a ground spoiler?