About how much drag does a non-operating engine create?

I think the drag of the engine is high, for most type of engine, e.g turbo fan, jet, ramjet... I guess the engine's drag is worse than a flat plate of the same area perpendicular to air stream because the engine slows the air and compress it, and also the engine has many components inside it that will interact with air.

A flat plate is very bad aerodynamically and so the engine. Even small landing wheel should be folded inside body for better drag. So an aircraft with engines turned off will have very high drag, but I can not find any estimation on this matter.

For example, an aircraft that has L/D about 15, how about its drag if engine is removed, e.g. for better glide ratio when engine failure?

Can you estimate this drag?

An inoperative engine creates much less drag than a flat plate of the same cross section. According to Sighard Hoerner's Fluid Dynamic Drag, the drag coefficient of a flat plate is 1.17. An engine nacelle has rounded intake lips which help the flow to stay attached while flowing around the nacelle. The closest of the generic bodies in the table below would be the sphere (drag coefficient of 0.47). 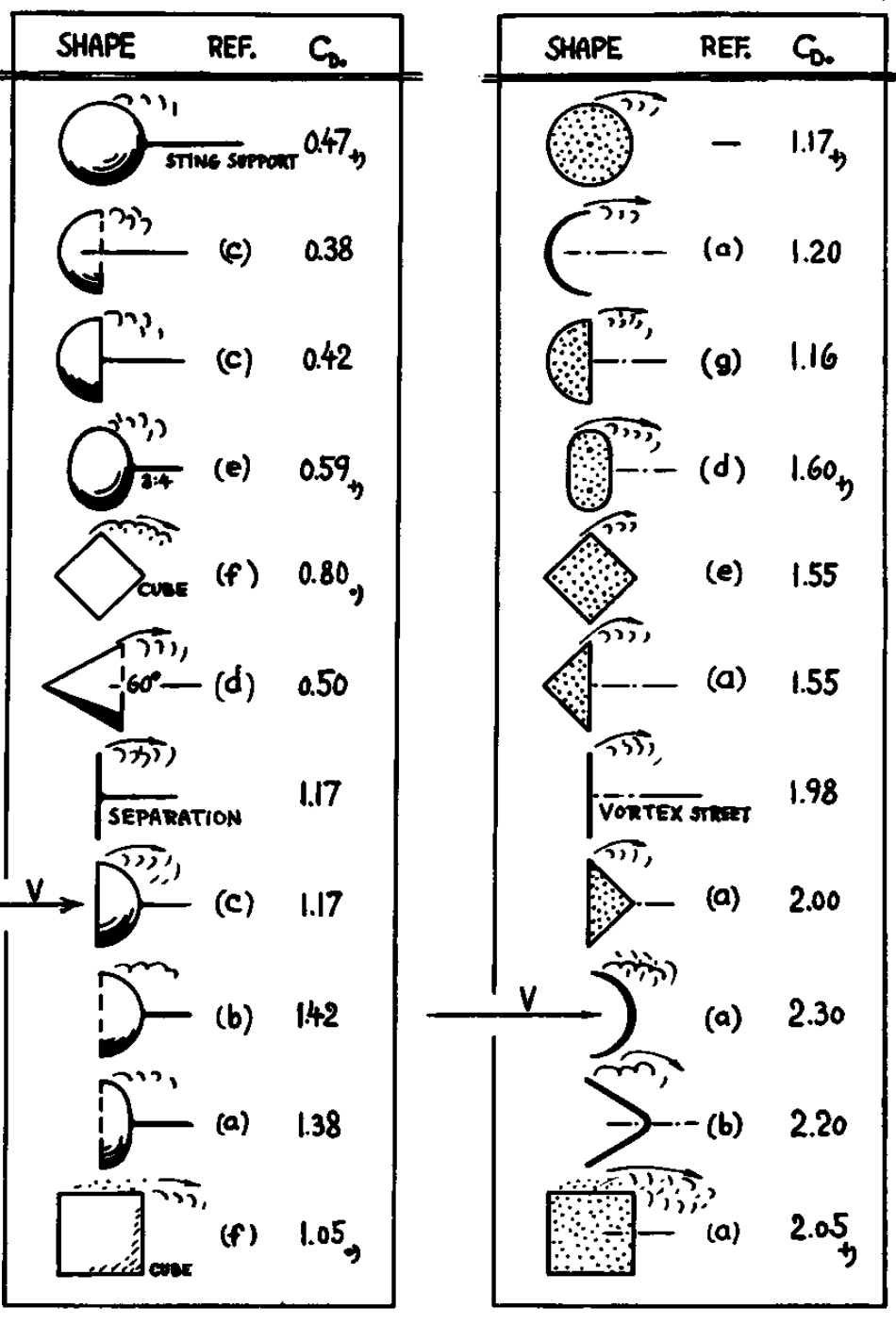 Much depends on the detail of flow separation at the forward corner, and here modern engines are rather good. If the flow stays attached, drag will be much lower than with the massive separation around and behind the flat plate. Air flowing out from the inside and over the corner of the flat plate will need some space to "turn around", effectively increasing the blocked cross section that the outside flow experiences.

Depending on the type, the diameter of one GE90 engine is 134 or 135 inches. Two of those power a Boeing 777 which has a wing area of 427.8 m². The ratio of engine frontal area to wing area is thus 1/23.335. The (estimated) drag coefficient of the nacelle of 0.5 would shrink to 0.0214 when referenced to the wing area. This would increase the total drag by about 50%, so instead of an L/D of 18 without engines, the airplane would have an L/D of 12 with inoperative engines.

NASA simulations estimate the baseline drag coefficient of engine for a medium sized aircraft as 0.31, with additional drag based on Mach number. 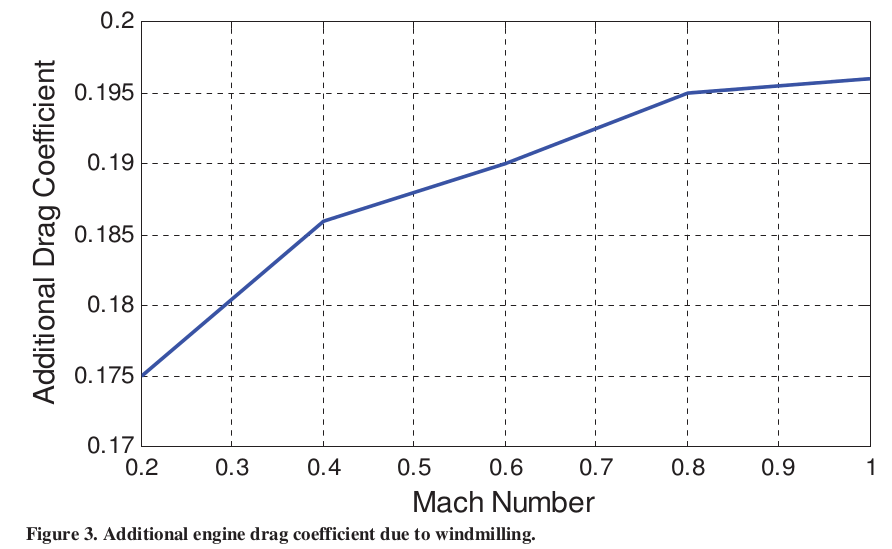 Drag due to windmilling, Image from Validation of an Integrated Airframe and Turbofan Engine Simulation for Evaluation of Propulsion Control Modes by Jonathan Litt et. al.

There are a number of studies that deal with the windmilling characteristics of turbojet engines. In general, the effect of removal engine drag in the baseline L/D will not be very high in all probability.

You're also correct that the drag is more in case of windmilling compared to locked rotor. The drag in that case is in the order of 40% of the windmilling engine.

However, there are multiple problems with the premise that the engines would've to be dropped in case of engine failure.

Not the answer you're looking for? Browse other questions tagged aerodynamics emergency engine drag or ask your own question.

15
How are off-wing jet engines transported?
3
Is a compressor blade slowing down the airflow or accelerating it?
6
Does the stream of engine thrust act as a good drag shield against the nacelle?
6
What are the engine-out implications of giant turbofans?

6
How does take off mass impact induced drag?
2
Does waverider have much lower drag than Sears Haack body?
8
Is the low air pressure on top of the wing the major contributor to lift?
10
How much extra drag does landing gear incur?
4
Documentation about "drag stabilized flying wings using non-reflex airfoils"?
2
How much extra drag does an external HF antenna incur?
0
How much is an airliner's drag coefficient?