Which airport is featured in this Delta commercial?

I just saw a Delta commercial with a plane taking off from a runway with a 16R designation (thus, the plane in the commercial was departing from 34L). Does anyone know where this airport is? Climbing out, there appears to be a large body of water ahead, if that helps!

I had always heard that Van Nuys (KVNY) was the only airport with a 16R/16L runway designation, but the airport in the video isn't Van Nuys.

It's Paine Field (KPAE) in Seattle. It has both 16L and 16R and has water (the Puget Sound) directly ahead if you're taking off from the 34s. 34L is also the only runway there large enough for most jet traffic, so that's what a Delta jet would be using if it were there.

It's also worth noting that this commercial is about flight testing and Paine Field just so happens to be the home of an aircraft production facility for some little company named 'Boeing.' You can see their Everett Production Facility on the North side of the airport in the Google Earth view and the aerial photo below. Interesting fact: that facility, originally built in 1967 to produce the Boeing 747, remains the largest building in the world by volume even to today. It's 79% larger than the next largest building and a full 3.63 times the size of NASA's Vehicle Assembly Building, the previous largest building in the world by volume, where NASA performed final integration of the Saturn V and Space Shuttle stacks and where it will do so for the SLS.

Here's the Google Earth view, and it looks like the two islands on the left in the commercial are Hat Island and Camano Island: 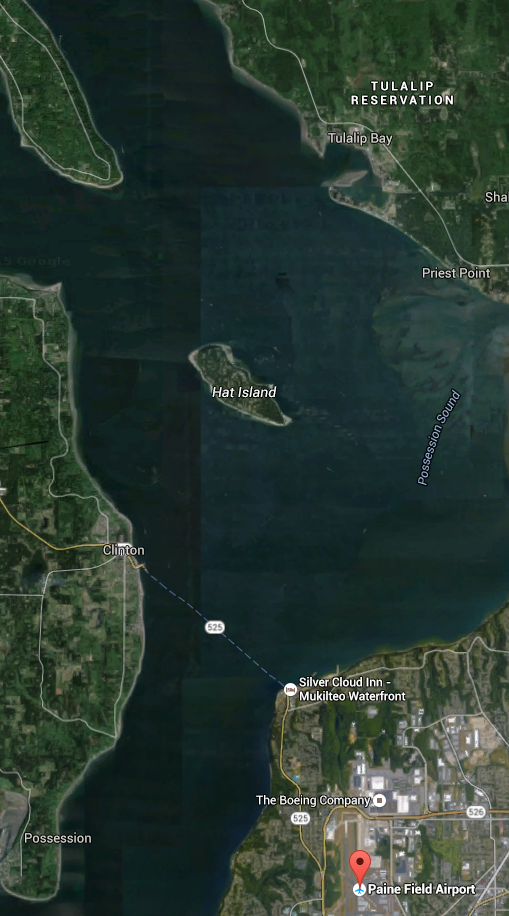 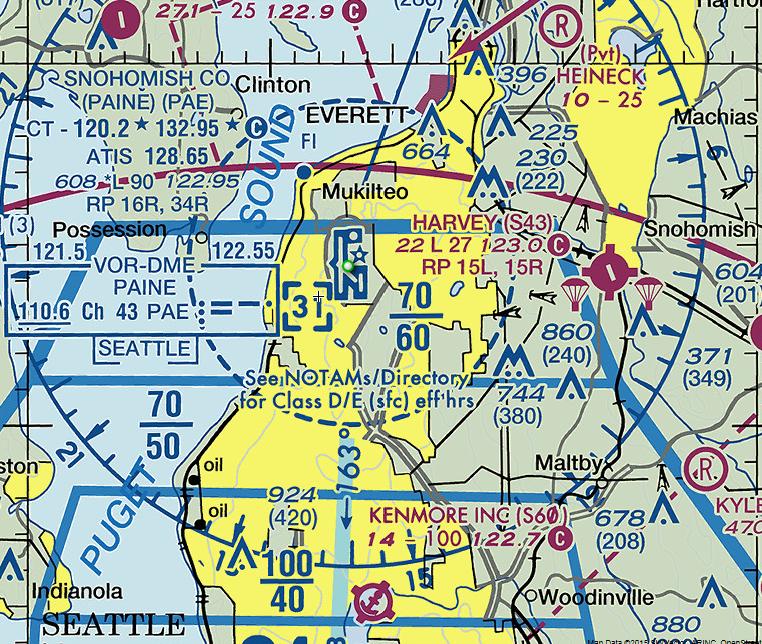 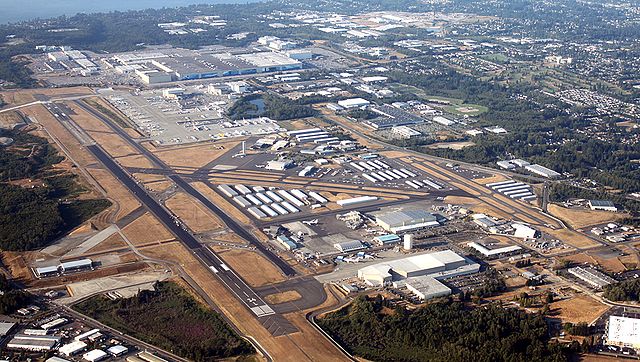 Honestly, the claim of there only being 1 airport with any given runway number seems rather suspicious, since there are only 18 possibilities. Granted, the requirement of having parallel runways makes it a little less unlikely, but still many (if not most) large airports have parallel runways.

There may be others as well you can check the list for a more complete overview.

Not the answer you're looking for? Browse other questions tagged airline-operations airport or ask your own question.

16
What airport has this walkway over a taxiway?
8
How does Chicago O'Hare's tower sequence aircraft at peak capacity?
9
Why would an airport use crossing runways for takeoff and landings?
6
Are there cases of aircraft moved off runway by pushing them with vehicles?
6
Which civil airport has the longest runways in total?
13
What is this airport video?
8
Reasons for significantly lower than normal approach
0
Anyone recognize this airport?
8
Which airport is the busiest general aviation airport in the world?