When an airport has helipads, why would a helicopter take-off or land on a runway?

At an airport with both runway and helipad (KASH) I have seen both being used for helicopter takeoffs and landings. Is there anything that causes the helicopter pilot to choose to use the runway instead of the helipad?

I know you asked specifically about runway versus helipad departures, but I thought I would lay out all the options available to the heli pilot, and you can see what all the choices are.

There are three different areas on an airport that a helicopter can operate from:

This picture from KHWD shows the three areas: 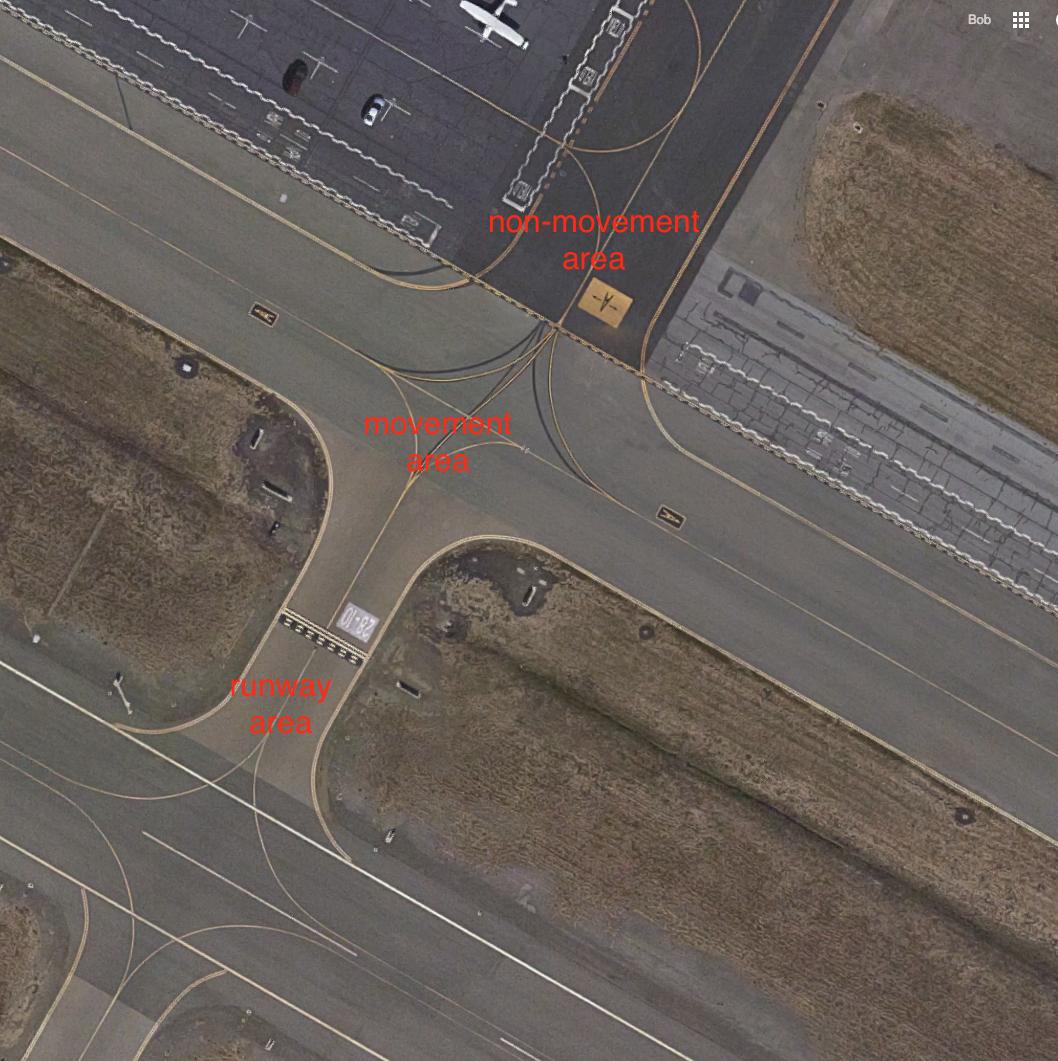 Regardless of which area is used, almost heli departures from towered airports are coordinated directly with the tower controller because the aircraft enters the controllers airspace.

At non-towered airports, helis operate out of the flow of fixed-wing traffic, and need to self-announce like any other aircraft.

The choice of departure area and departure type are for the most part independent, but they are obviously linked based on performance and obstacles.

The departure area is an operational decision. When the helicopter is operating from a remote part of an airport, the pilot will often make a departure from a non-movement area (helipad or ramp) so she doesn't have to taxi to the runway. If the helicopter is a passenger flight, such as air-taxi, it will most likely operate from the runway or a helipad in the movement area.

The departure type is a performance decision, based on obstacles, weather, weight, and available power. Hot & high departures might require a running take-off. Lightly loaded twin-engine copters in normal weather can safely make high-performance departures over obstacles in the desired direction of flight.

One reason is to avoid damaging light aircraft or other property

I had a case back in the 1980's where I had brought a Navy helicopter to an airshow for a static display. (Gross weight about 12,500 lbs). While doing an air taxi to the spot where I was to display the aircraft, the tower told me to land immediately. My rotor wash was causing some light aircraft that I didn't see clearly (downwind from us) to strain at their tie downs. We used a rolling ground taxi to get to our position. (Air show was good fun, good weather, etc).

When we departed, I coordinated with the tower to do progressive taxi to the runway, and to depart from there, because most of the aircraft from the airshow were still there, and we had to get back to our base. We wanted to reduce risk as far as possible to anyone's light aircraft (there were a lot of them) from our rotor wash.

We took off from the runway to prevent damage/disturbance to other people's property at the airport. All's well that ends well.

My impression was that runway takeoffs are easier / safer because you remain less in the unsafe zone where auto-rotation is precluded.

e.g. See the chart below. You want to avoid the red zone, the so called "coffin corners" (not to be confused with a similarly called but totally different operating envelope for Aircraft at high speeds). So airspeed helps. 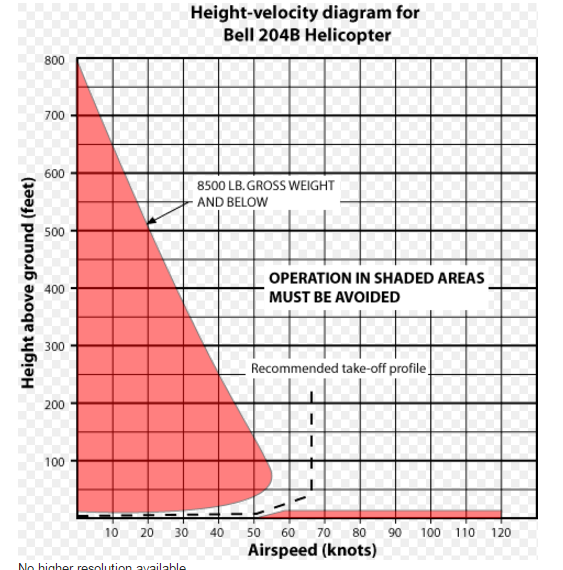 Basically auto-rotation is your safety pass in case of engine / transmission failure etc. So you want to avoid situations where you are gaining pure height without any airspeed.

See the recommended take off profile on the chart below. It increases airspeed a lot before the height increases significantly. That's what you get in a runway takeoff but I guess could also do in a helipad takeoff depending on the surrounding constraints on flight path.

Though I'm not sure of the exact circumstances, the helicopters may be carrying out a rolling take-off. This is done in some cases where sufficient power is not available for normal (hovering) takeoff, like high gross weight etc.

In these cases, the helicopter is rolled down the runway to gain sufficient speed (to generate the required lift), so as to satisfy the power requirement. As this technique uses up considerable distance (for the takeoff roll and initial climb), and requires a smooth surface (during roll), the runway is preferred.

In case the helicopter had taken off from runway normally (i.e. in hover), the ATC might have asked the pilot to use the runway so as to let the other aircraft know which direction the helicopter is going.

4
Under what conditions would a helicopter be allowed to fly at low altitude over populated areas?

22
Why would an airplane pilot choose to intentionally use more runway than required for a takeoff?
17
In the U.S., Is it ever legal for an aircraft to occupy the runway turnaround area while another is taking off or landing?
10
Why would an airport use crossing runways for takeoff and landings?
9
Why would aircraft take-off in the opposite direction as landing despite wind direction?
5
Do I need to use an airfield to take off or land a powered paraglider?
6
What are the common private pilot practices for helicopter off-airport landing in US?
1
Why would a runway friction measurement improve over time?
6
Why do heavy departures wait 5-10 minutes on the runway at ZRH?
8
What are the pros and cons of practising figure-eight landings on perpendicular runways?
8
Why did this aircraft take off in the opposite direction compared to the one used by other flights right before/after it?