How would a detachable cabin module work?

Ars Technica recently reported that Airbus filed a patent for a detachable cabin module that would speed loading and unloading of passengers (otherwise known as self-loading freight).

This does seem like it might improve turnaround time since passengers are rather slow to self-load and self-unload. That's not my question (which is in fact an earlier question).

My question is that I had always imagined the strength of an airframe was due to its long cylindrical shape. This is both in terms of it as a pressurized tube as well as lateral strength from bending forces. The detachable cabin module would seem to defeat all of these advantages. Am I correct in this understanding? Are there ways that the Airbus patent mitigates them?

You are right, this patent looks like it will not work in reality.

Reducing the height of the fuselage will drive up the strain from the bending loads, so more material is needed to transmit them. Also, the bottom of the passenger compartment and especially the corners at the lower edges will experience much higher loads than a cylindrical fuselage ever would under pressurization. Again, to make this work needs a much beefier structure.

The loads could be kept the same if the passenger compartment is tightly bolted to the remaining aircraft structure such that the combination of "flatbed" fuselage and passenger compartment can be considered as a contiguous structure, but this would need redundancy in the connections and would make fitting the passenger compartment non-trivial. Airbus is arguing in this direction, but I wonder how much time can be saved and how much maintenance time is added if the primary structure of the fuselage is torn apart and re-joined at every stop. Note that you not only need to connect the parts at each end, but to transfer pressurization loads you need to bolt them together along the full length of the passenger cabin as well.

Today's airliners are already designed to survive partial depressurization, such that the lower fuselage is depressurized without the pressure loads in the upper part causing damage. Therefore, the fact that both parts can be split and can depressurize independently of each other does not add additional load cases. However, the structure today is dimensioned to sustain those loads only for a short time. Pressurizing only the passenger compartment or not joining the parts along the full length for every flight will need a much stronger structure than what is used today, so the weight impact of a simpler way of joining both parts will most likely result in an economically unattractive outcome.

I did not go into detailed calculations, but I strongly suspect that this idea will not be adopted by airlines. Besides the structural impact, such a way of loading passengers would complicate logistics, since a fitting passenger container plus facilities for mounting it on the aircraft must be available at the departure and destination airfields.

Lastly, proposals like this are not exactly new, which is why the first claim extends over 73 lines to be narrow enough to not conflict with earlier patents or publications. If there had been some value in this idea, we would had seen it being adopted long ago.

In helicopters, however, which fly at altitudes where no pressurization of the passenger compartment is needed, this idea has been tried out before. See below a picture of the Sikorsky S-64 Skycrane carrying a container (picture source) in which passengers could be carried. 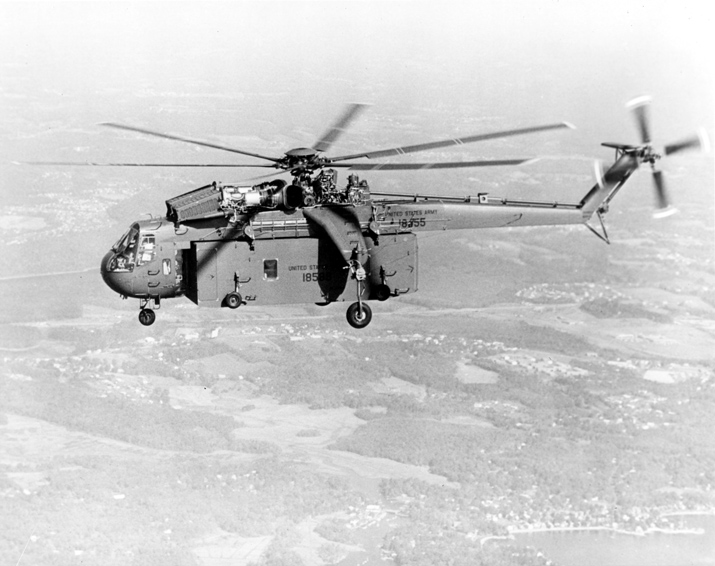 Not the answer you're looking for? Browse other questions tagged aircraft-design passenger or ask your own question.

39
Why don't airlines load their passengers like freight?
31
Why is the fuselage on an airliner circular-shaped?

36
Would failure to put on an oxygen mask during loss of cabin pressure result in death?
13
How long will one remain conscious in the event of a sudden cabin depressurization?
22
How would you brief passengers who will try flying your plane?
10
How does the cabin pressure controller work in a large commercial airliner?
4
What would it take to pressurize a cabin with surface pressure?
6
How is smoke detected in the cabin when flying without passengers?
23
Are cabin dividers used to "hide" the flex of the airplane?
5
How do splayed wingtips work?
2
Would a canard work better for emergency pitch down?