What lifting gas was used for barrage balloons during the world wars?

During the world wars, various barrage balloons were used to protect targets from low-flying aircraft or similar threats (e.g. V-1 flying bombs), in particular by Britain.
What lifting gas was used for such barrage balloons – the highly flammable hydrogen or the rare and expensive helium?

According to a BBC article here, hydrogen was used, not helium.

Helium was scarce or not available at all. The only substantial source was in the United States, which had a capacity of 24 million cubic feet (680,000 m³) in 1940. Its commercial and military needs of that time were just a quarter of this amount.

If you look at this statistics of word helium production, you will notice that only from 1963 on did total world production of helium differ from the amount produced in the US. You will also note that production shot up from 45 metric tons in 1940 to 608 metric tons (3.6 million m³) in 1944, which is most likely to cover the increased need for war. Also, exports only started in the 1960s. Sadly, the MYB statistics have no export data from earlier years.

This lets me conclude that only hydrogen was available in all other countries throughout the war, and only the US used helium. The US production was needed to fill anti-submarine observation blimps. One K-class blimp had a hull volume of 404,000 to 425,000 cubic feet (11,480 to 12,035 m³) and needed to be topped up every few weeks. A total of 134 of that type were built, and just filling them once would already had consumed half of the helium produced in 1944, the most productive year. 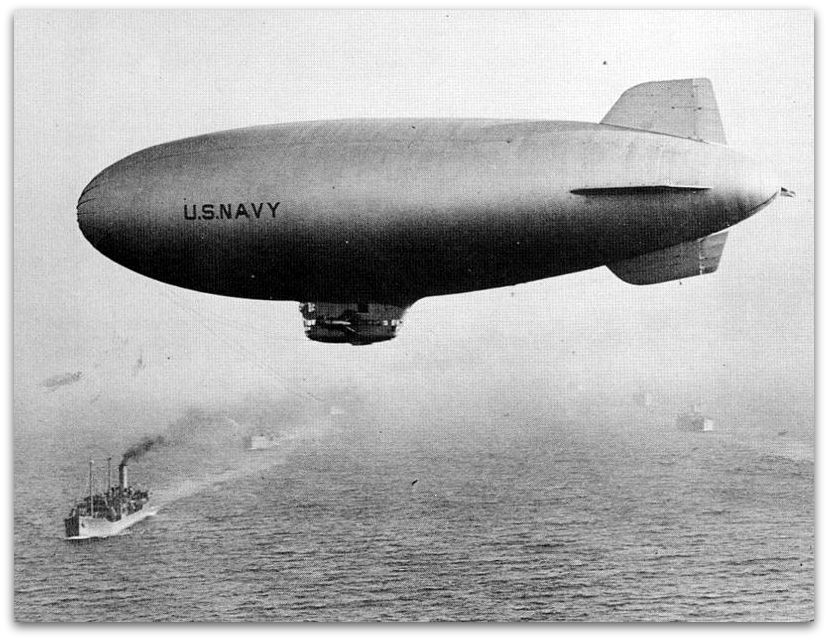 Hydrogen was used in Barrage Balloons flown by the British. I understand that the US protected their supplies of the much safer Helium.

12
What was the first plane that allowed walking during flight?
5
What would be the process to approve a minimal, standardized flight recorder for commercial balloons?
11
Who was the first black person (in the world) to go airborne in an aircraft?
5
When was trim on airplanes used for the first time?
13
Why does the FAA mandate a temperature indicator for all manned balloons?
11
Why was the Vulcan bomber used for the Falklands raid?
5
What happened with the balloons of project Excelsior?
21
What are pro/cons of steam as lifting gas for airships?
0
What determines the maximum ground speed of hot air balloons?
28
What aircraft was the Olmstead High Efficiency Propeller for? When and how was it used?