How does a fire suppression system work?

On fire events, some aircraft have a complex system, usually called a Fire Suppression System. Where are they located? Do they work automatically, or it is necessary for the crew to activate them?

The fire suppression system in an aircraft uses both passive and active systems to reduce and eliminate fires. Passive methods include the use of noncombustible materials, separation by routing, compartmentalization (use of firewalls), isolation, proper ventilation and drainage. The active methods include fire detection and extinguishing systems.

The fire extinguishing system in the aircraft consists of a number of components (excluding the fire detection system), which includes, 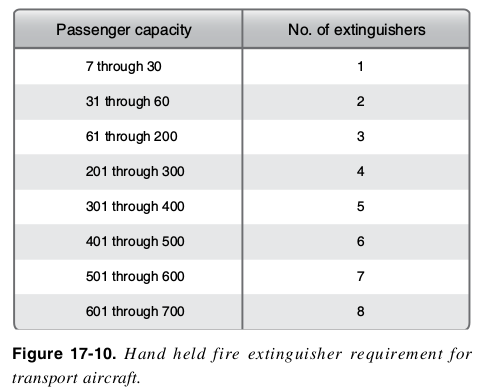 In case of cabin (or cockpit) fire, the portable fire extinguishers (usually, $CO_{2}$ extinguishers are not used) are used by the crew to extinguish the fire. 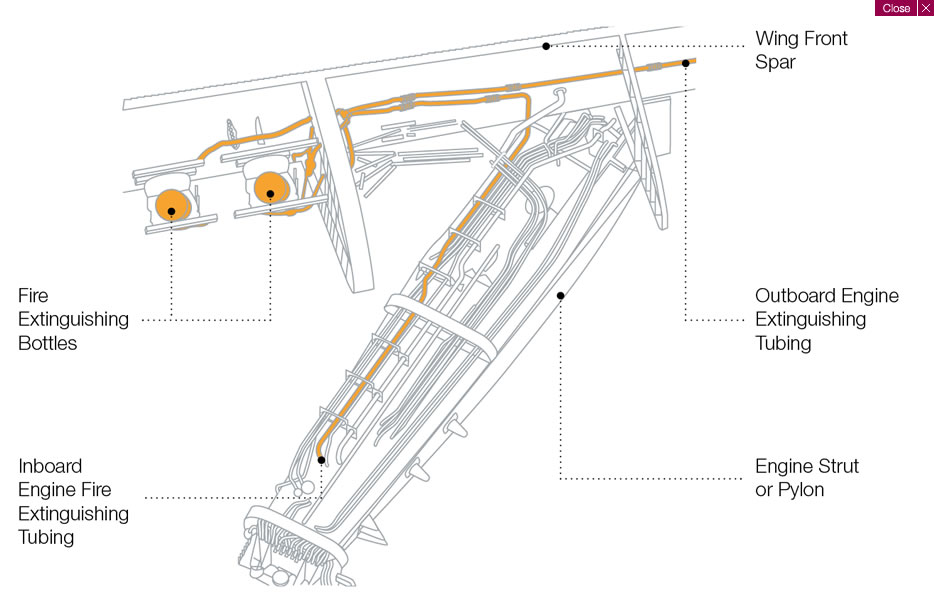 The fire detection system from each engine displays the status in the cockpit, which warns of any engine fire. In case the pilot pulls the fire handle, the fuel flow to the engine is shut off and an explosive cartridge is fired in the fire extinguishing bottle, releasing the agent into the engine. 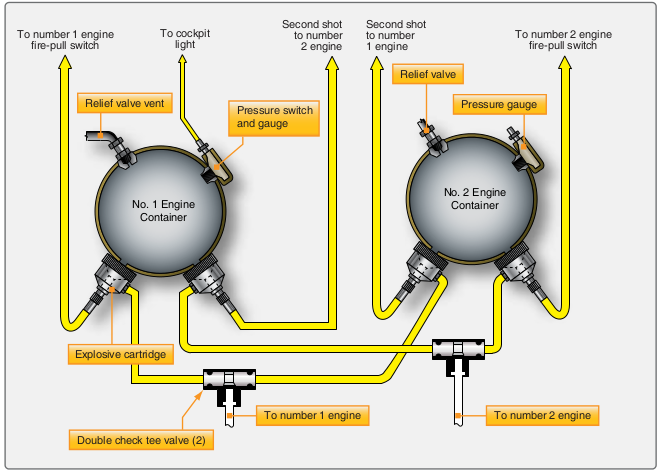 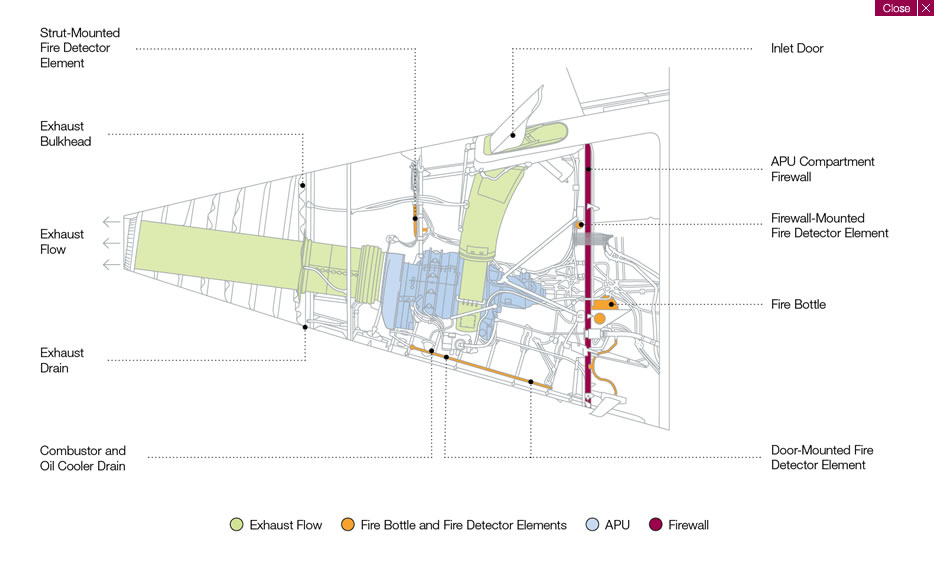 In ground, the APU fire extinguishing system can operate automatically. 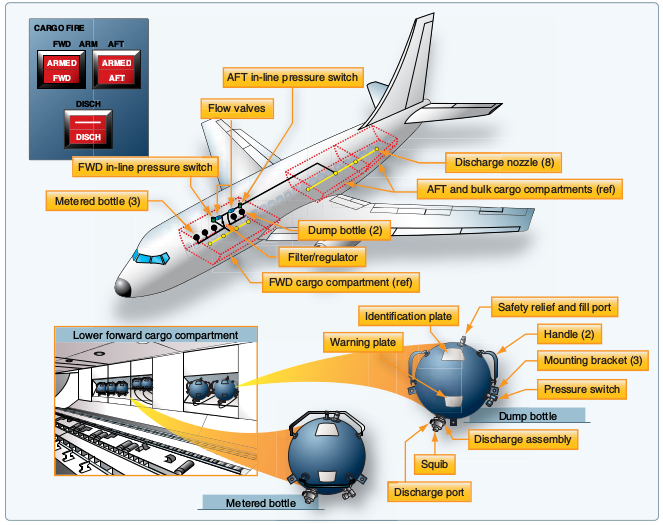 The toilet waste bin is the only place in the aircraft with an automatic fire extinguishing system (in addition to ashtrays), where the heat sensors (not smoke detectors) trigger fire extinguishers.

Some aircraft have On Board Inert Gas Generating System (OBIGGS), which is used to 'inert' the fuel tank using nitrogen (usually generated by membrane based gas separation).

In commercial airliners, there are usually two places where fire suppression systems are installed: the cargo compartment and the engines. Take the Boeing 777 for example, it has fire detection and extinguishing systems in the APU (which is technically an engine as well), cargo compartments, engines and lavatories; the crew rest compartments and main gear wheel wells come with fire detection but no extinguishing system.

Fire detection consists of two sensors. To prevent false alarms, both sensors must sense the presence of smoke for the alarm to be sound. The sensors has self fault-detection capability. One of the items on the pre-flight checklist is to activate the test circuits and see if the fire alarm sounds.

When smoke is detected, an aural alarm is sound in the cockpit, along with red lights which indicate where is the fire. A message will also be shown in the flight computer screen (if the cockpit has one). 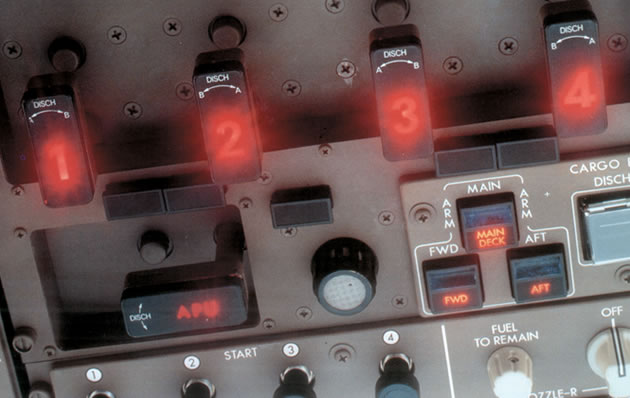 For most systems, the pilots have to manually pull the handles to activate fire suppression. Take the engine fire extinguishing system in a Boeing 777 for example, there are two engine fire extinguisher bottles. Either or both bottles can be discharged into either engine. It is up to the pilots to follow the emergency procedures, or make a judgment call if they think the pre-established procedure is not the best course of action in a given situation.

The lavatory fire extinguisher, on the other hand, is automatic.

Not the answer you're looking for? Browse other questions tagged fire or ask your own question.

27
Why don't aeroplanes automatically put out engine fires?
4
Where is the fire suppression material injected into a jet engine?

14
How does the pilot check if an engine fire is real?
12
Is the life of pets considered when dealing with a cargo fire indication?
8
How can an airline flight crew handle an in-flight oxygen system fire?
27
Why not just drop an engine on fire?
21
How do fire crews handle hot brakes?
50
Why can't helicopters or Zeppelins drop fire-fighting material on burning buildings?
8
Is it safe to fly on airplane with lithium batteries in cargo hold?
2
Is it possible for crew oxygen to exacerbate a flight deck fire?
13
Can a tail pipe fire occur in cruise? If not, why not?