How is passenger baggage transferred, and how does it happen so quickly?

I've always wondered how airlines transfer bags between connecting flights. At a hub, bags must be moved to any number of connecting flights throughout the airport - some with very short connecting times. Seems like sorting them would take a lot of time. How does this process happen?

On big airliners, baggage is mostly stowed in containers, called Unit Load Devices. They are packed at the departure airport and pre-sorted to minimize the amount of sorting at a hub, but normally need to be emptied after arrival so the baggage can be re-sorted.

On regional jets and older aircraft which don't take ULDs, bags are still loaded individually and transported to and from the aircraft on open carts which are assembled to small trains (see picture below). 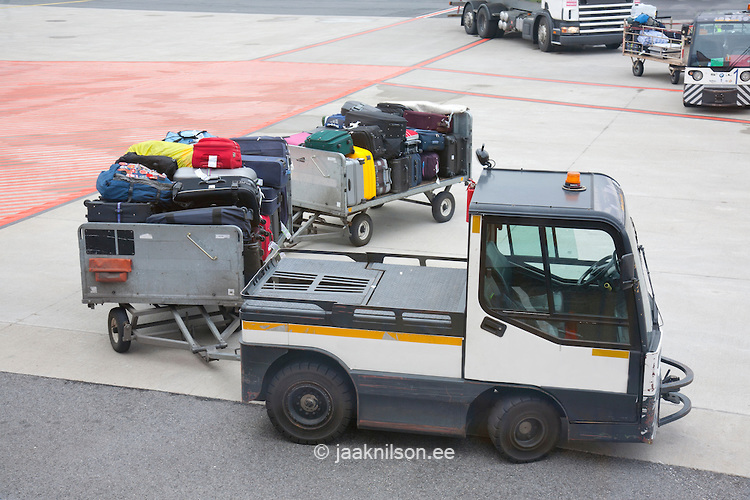 Once the ULDs or the carts arrive inside the terminal, the bags are unloaded into the baggage handling system, a collection of conveyor belts, barcode readers and switch points. Since every bag received a sticker with a big barcode upon check-in, the reader can report the barcode of the next bag to a computer wich sets the switch point accordingly. Traditional systems employ humans with a portable barcode reader for putting the bags on the right belts. 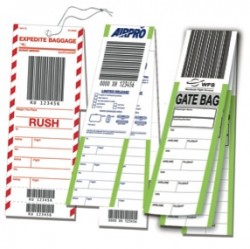 The most recent systems put the bags on plastic trays which have RFID tags attached, and the RFID information is used for switching the conveyor belts. By loading the bags on standard size trays, the flow of bags is simplified. However, a baggage handling system is a complex piece of machinery, and some new airport terminals were delayed because the system did not work initially, or opened with lots of mis-routed or even mangled bags in their first months of operation. London's Terminal 5 and Denver airport, which went back to manual sorting after 10 painful years of trying to get their system working, come to mind.

When they are sorted, the bags are deposited either at a ULD packing station or an empty cart for transportation to their respective flight. At the end of their journey, they are routed onto baggage carousels for pick-up by their owners. 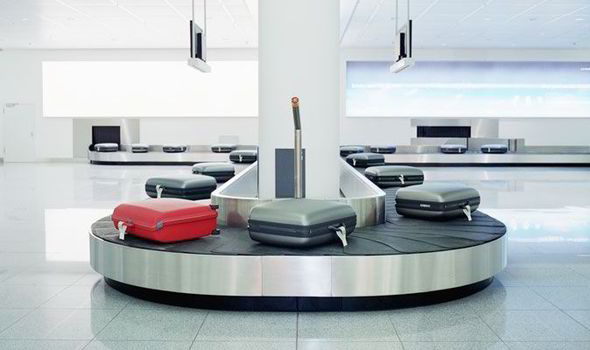 In case of connecting flights in same airline or between partner airliners which allow baggage transfer, the baggage is usually checked in for the duration of the journey i.e. from source to destination. 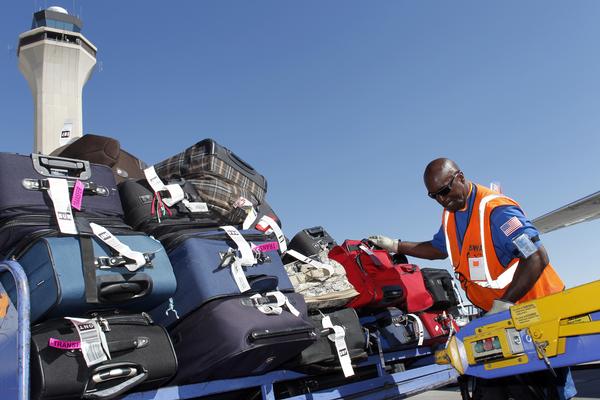 Transfer of luggage into a flight, from denverpost.com.

As this forum says,

Most US airline tags will either be a 'city', 'hot' or 'cold'. City is a bag going straight to where the flight is going. Hot and cold are bags that are connecting onto another flight, depending on the amount of time between flights. Hot bags are usually loaded separately and are the last ones loaded onto the flight so that they are the first ones off at the destination and they can make the connecting flights. 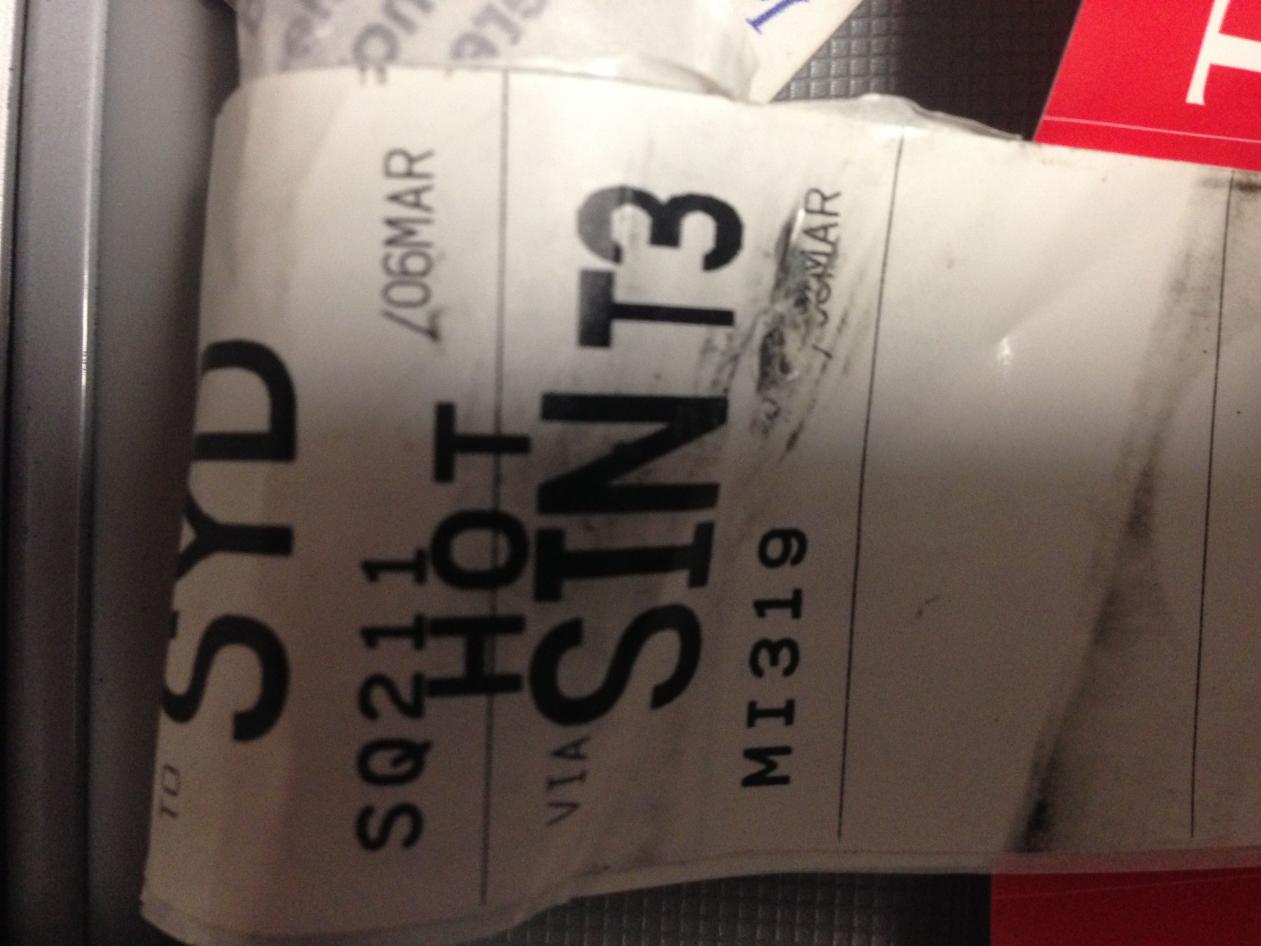 For example, SWA put a single driver in charge of collecting all the baggage for a particular outbound flights from all the inbound ones.

Of course, this assumes that there is no security checks involved in the middle (like in international flights). In that case, the system is similar, but involves screening.

I will keep it short and try to hit the point since I see some good answers here, please feel free to comment to get more detailed information

How does this process happen?

In airport baggage is handled from the check-in desk to the Unit Load Device (ULD) via a Baggage Handling System. In about 15 minutes the baggage is automatically sorted, thanks to some sensors that scan the bag tag attached to your luggage. In the meanwhile the baggage undergo X-Ray and potentially other security checks. It finally gets to the dedicated "carousel" (similar to the one where you retrieve your baggage). Here the operators put it in different ULD. Transit baggage are usually kept in a different ULD so that they are the first to be unloaded from the aircraft and can be quickly sorted, and re-directed to the correct connection flight.

How is passenger baggage transferred?

There are three different technologies, and here you can have a detailed look at them:

8
What is the average time taken to load and unload the luggage?
3
Is baggage always offloaded when a passenger does not travel?

32
How does security and baggage checking work in regards to a private jet?
8
How does Chicago O'Hare's tower sequence aircraft at peak capacity?
8
Can airlines schedule more flight arrivals than the destination airport capacity?
2
How is the length of a leg calculated?
3
Is baggage always offloaded when a passenger does not travel?
2
How is/was RFID bag handling introduced in a baggage handling system tailored to barcodes?
8
Reasons for significantly lower than normal approach
9
With positive passenger/bag matching rules, what happens to a bag that does not arrive with the passenger?
3
How is a new airport certified or approved to operate by international organizations?