Do helicopters try to take off and land into the wind?

When helicopters take off and land is it preferable to point the nose into the wind? Since a helicopter is providing its own lift does it matter which direction wind is coming from?

In general, helicopters require less power while flying forward (or backwards) compared to hover as translational lift (of Effective Translational Lift, ETL) is produced. Even though the blades are providing lift by rotation, the airspeed experienced by the blades is different if wind is present. For example, if there is headwind $v$, the advancing blades will have an airspeed of $r \omega + v$, while the retreating blade will have an airspeed of $r \omega - v$. As lift is proportional to square of airspeed, the implications are obvious.

For this reason, it is preferable to take off into the wind, rather than take off vertically. 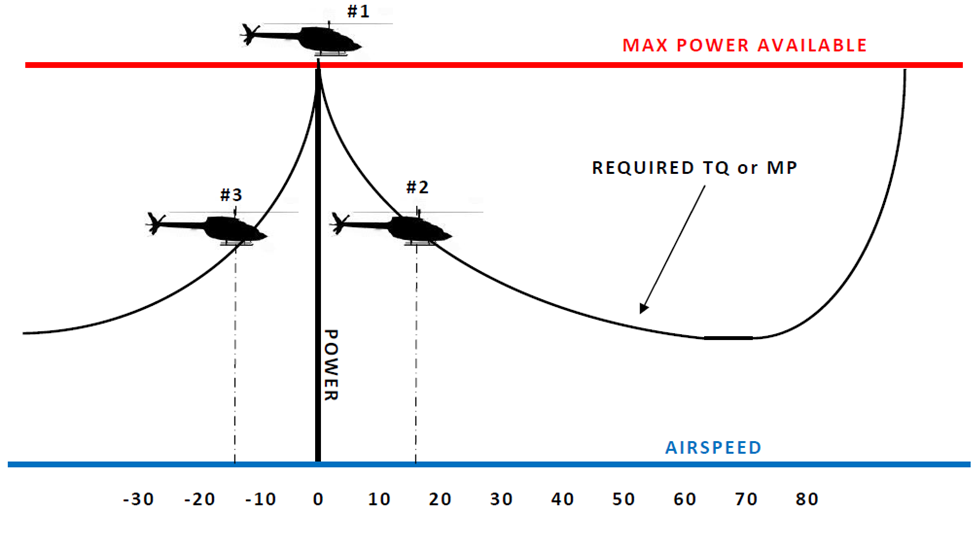 Note that the power required is same for headwind or tailwind. However, tailwind landing (or takeoff) has some disadvantages from stability and power management point of view that is it generally discouraged, like:

Moving forward through the air helps to make the helicopter more efficient, and it does not matter if that movement comes from hovering in a headwind or from flying forward. For the same reason, a helicopter will climb faster when flying in a spiral than when going straight up.

Technically, flying backwards or sideways will also improve the efficiency of the rotor, but in reverse the helicopter will become directionally unstable. Moving the fuselage sideways will create much more drag, so flying forward is the better choice.

Here is something off an FAA document about helicopter performance. https://www.faa.gov/regulations_policies/handbooks_manuals/aviation/helicopter_flying_handbook/media/hfh_ch07.pdf

Wind direction and velocity also affect hovering, take off, and climb performance. Translational lift occurs any time there is relative airflow over the rotor disk. This occurs whether the relative airflow is caused by helicopter movement or by the wind. As wind speed increases, translational lift increases, resulting in less power required to hover. The wind direction is also an important consideration. Headwinds are the most desirable as they contribute to the greatest increase in performance. Strong crosswinds and tailwinds may require the use of more tail rotor thrust to maintain directional control. This increased tail rotor thrust absorbs power from the engine, which means there is less power available to the main rotor for the production of lift. Some helicopters even have a critical wind azimuth or maximum safe relative wind chart. Operating the helicopter beyond these limits could cause loss of tail rotor effectiveness. Takeoff and climb performance is greatly affected by wind. When taking off into a headwind, effective trans lational lift is achieved earlier, resulting in more lift and a steeper climb angle. When taking off with a tailwind, more distance is required to accelerate through transla tion lift.

Assuming the helicopter is landing with the nose pointed into the wind, a headwind decreases the ground speed at which ETL is generated. So a helicopter landing into a 15 knot wind can maintain ETL all the way into a hover (when groundspeed is zero).

Maintaining ETL as long as possible into the landing is important for 2 different reasons:

Not the answer you're looking for? Browse other questions tagged helicopter wind or ask your own question.

34
Why would a helicopter climb in a spiral?
6
What happens if you take off with a direct tailwind?
5
Is there a preferred wind direction for a helicopter in hover?

12
Do aircraft carriers always face into the wind?
9
Why would aircraft take-off in the opposite direction as landing despite wind direction?
5
Is there a preferred wind direction for a helicopter in hover?
3
How heading bug is calculated during cross wind and tail wind?
9
Has reversing the active runway direction ever led to lined-up aircraft taxiing to the other end of the runway?
5
Do pilots land a helicopter sideways for improved visibility of the landing area?
6
What are the limitations to adding wings with engines to a helicopter?
40
Can all helicopters hover, and how long does it take to “stop”?
1
Why do gusts change the airspeed during landing, but turning (which changes where the wind is coming from) does not?
2
What methods are used for calculating maximum takeoff windspeed of a helicopter?