How accurate is the barometric altimeter in the Tu-154?

If the Smolensk disaster was to be traced down to a single decision (other than attempting landing in the first place), it would probably be the choice of radio altimeter to control altitude over a very unfortuitously shaped terrain (a wide valley, with steep slopes). This made the airplane to descend to 80 meters above the bottom of the valley, instead of 80 meters above the runway located 60 meters higher.

Someone mapped the black box recordings of the navigator's altitude readouts to speed and terrain profile, interpreting them as barometric altimeter readouts and it came out as an unreasonably bumpy ride (the orange line). I tried to follow up with mapping these same readouts at the same intervals, but relative to ground surface - treating them as radio-altimeter readouts - and it follows the blue line; judge for yourself which can depict a large passenger plane trajectory more accurately. 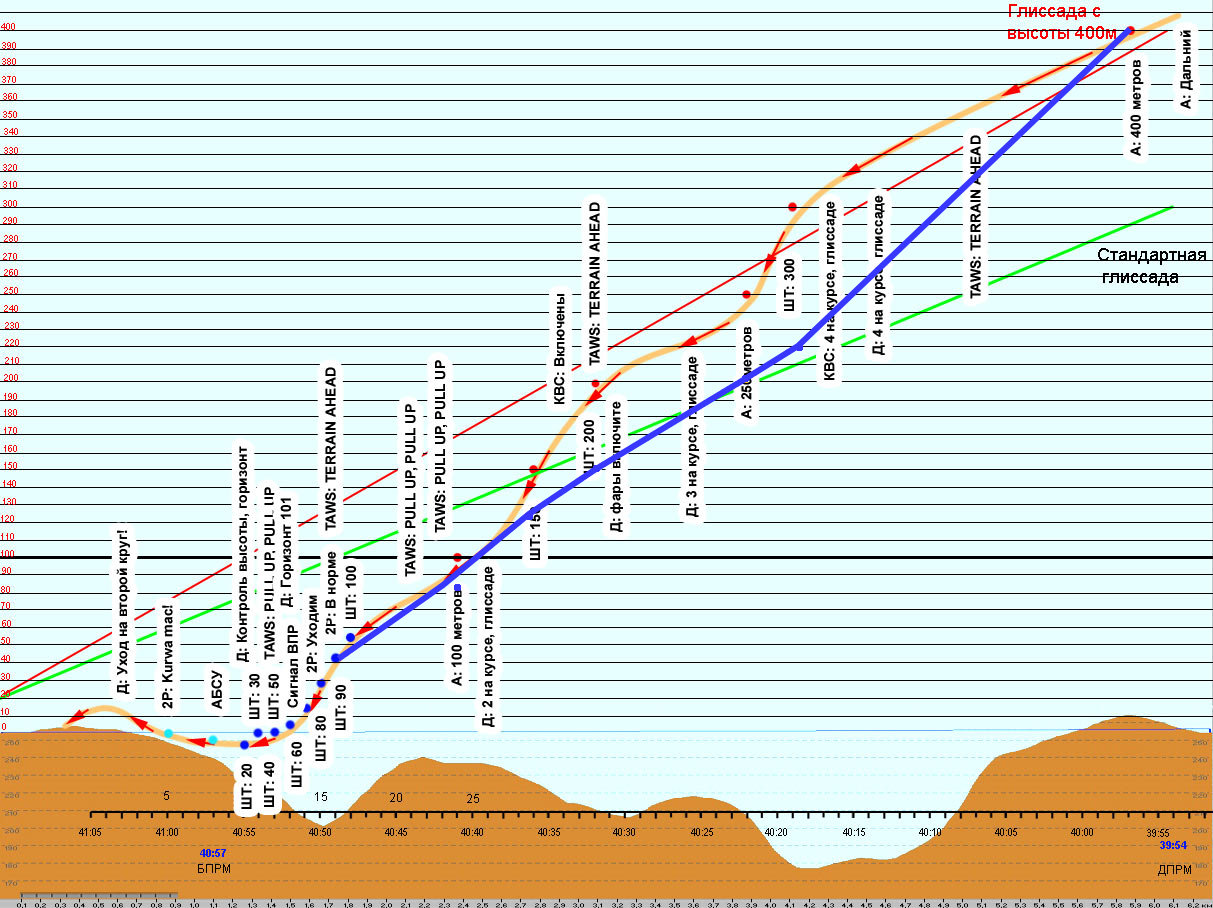 An unbiased comparison would include both advantages and disadvantages of the two types of altimeters. In this specific case (unknown, uneven profile terrain) the one main disadvantage of the radio altimeter is obvious: it doesn't provide accurate information about altitude of the airplane relative to the runway. I wonder though, what redeeming properties does it have - what are the advantages (if any) of using a radio altimeter over a barometric altimeter during landing - any inherent flaws of the barometric altimeter, like accuracy, reaction speed, or such, in which one type excels over the other?

(yes, I'm asking for a biased comparison; one with focus on superiority of one of the other. I realize both have their correct applications, both have strengths and weaknesses, applications where one or the other is better. Here I'm specifically asking for one side of this argument; half of the full image; look at it not as "why is A better than B" but "which traits of A are better than B")

A barometric altimeter is required to meet certain operational standards for use in an aircraft under instrument flight rules. We talked a little about this in another question with references to the relevant FAA requirements for the instrument.
I'm certain there's an equivalent in the Polish regulations, and while I don't know where you'd find it I would bet it's broadly similar in its requirements.

A radio/RADAR altimeter is typically accurate to within 20 feet within its operating range (typically <= 2,500 feet AGL). There are varying TSOs for radio altimeters, so you'd have to look up the standard a specific unit was built to in order to get exact numbers.

One of the core issues underlying this accident which you highlighted in your question is that a barometric altimeter and a radio altimeter are two different devices, measuring two different things, so it's not really reasonable to compare them.

Barometric altimeters measure altitude above a standard reference (usually sea level) by using a known/standard pressure lapse rate (~1 in.Hg per 1,000 feet) and measuring the difference in pressure at the instrument.

Radio altimeters measure the distance to whatever radio-wave-reflecting object is below the unit (typically "the ground" - whatever terrain happens to be under you) by detecting how long it takes a radio pulse to be reflected back.

So to directly answer your question, barometric and radio altimeters aren't comparable in the way you're asking: Because they measure two different things it's not possible to say one is "superior" to the other. They are different tools, serving different purposes: It's incumbent on the pilot to be aware of the limitations of whichever tool they happen to be using at the time (and to ensure that they've selected the correct tool for the task at hand).

A radio altimeter is probably better because of its independence from weather-related pressure systems which barometric altimeters are really horrible at. There are many small pressure variations in a given area which the barometric one cannot compensate for all the time. The radio altimeter works batter in this area because a pilot would not need to reset it as often and when it encounters weather, it will not mess up.

Not the answer you're looking for? Browse other questions tagged instrument-flight-rules altimeter or ask your own question.

15
How precise are altimeters?
11
Is the altimeter setting corrected for temperature?