Is it legal to land in bad visibility conditions without ILS?

Korean Air Flight 801 crashed during bad visibility conditions in Guam because the ILS was out of commission and the pilot thought it wasn't.

My question though is why he even tried to land there in the first place. Wouldn't an airport be closed during bad visibility conditions in that scenario? Or is it possible to land without ILS in bad weather conditions?

I seem to remember someone talking about a step-chart or something like that as an alternative to ILS, is that what would be used in a case like that?

The answer is "Maybe".

An ILS is actually comprised of two signals - a localizer (which lines you up with the runway) and a glideslope (which guides your vertical descent).
If the glideslope is out of service (as it was when KAL801 was flying its approach) you fly a localizer-only approach, which requires visual contact with the runway at a higher altitude.
In this case as shown on the plate below the ILS can be flown down to 531 feet (in red); the Localizer-Only approach can only be flown down to 1440 feet (in green). 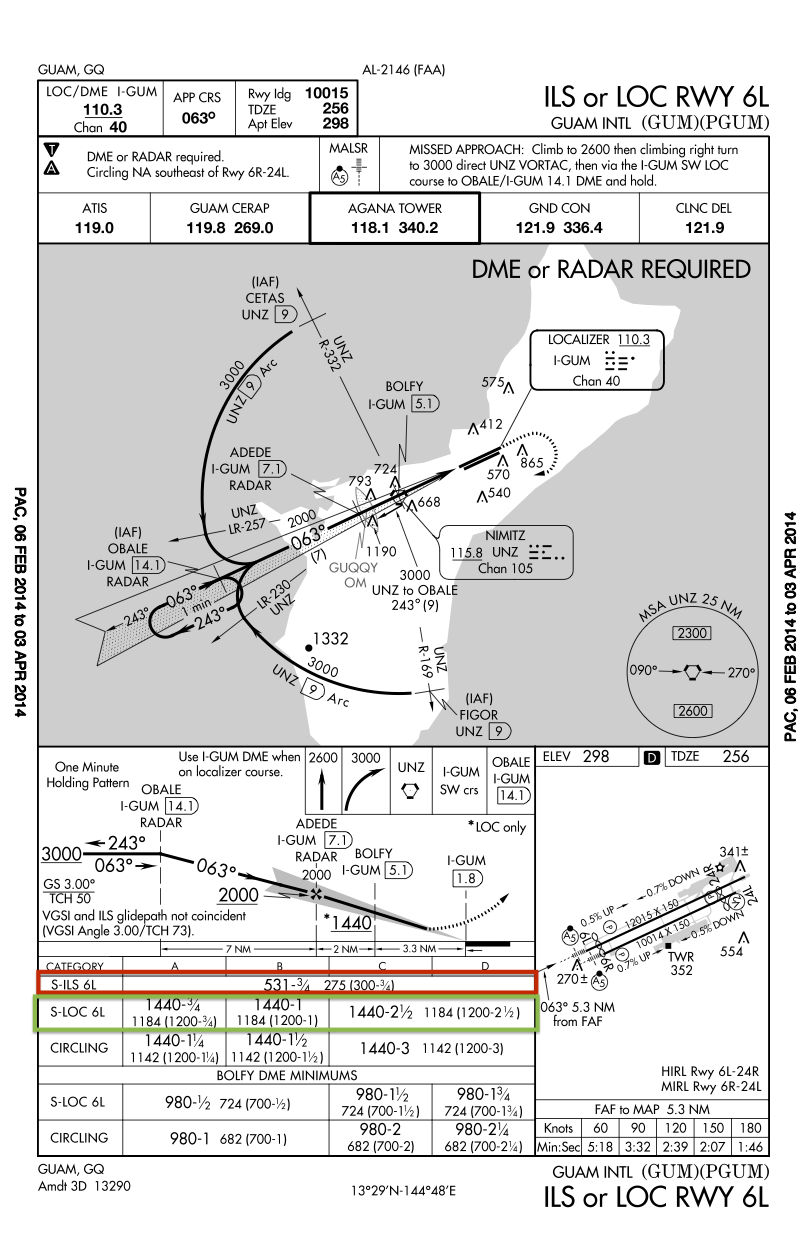 In the case of KAL801 there were a few contributing factors to the accident (go ahead and skip to page 142, unless you really like reading NTSB reports):

Airports don't typically close because of visibility. In fact, ATC won't stop a pilot from flying an approach just because the weather is below minimums. There are a couple of reasons for this:

As far as this specific case, @JayCarr has done a good job of answering what heppened here. The pilots simply flew the approach incorrectly....

In regards to the title of your question (which is a little bit different from the body of your question), each approach has the minimum flight visibility listed for it at the bottom of the approach plate. Unless specific authorization is received to reduce the visibility (as in the HUD example above), no it is not legal to land if the visibility is below minimums.

Each approach procedure also lists minimum altitudes that you may fly to at various points during the approach. If an ILS is out of service, there is very often another type of approach that may be flown that usually prevents the pilot from descending as far.

A very common type of approach plate will have an ILS approach combined with a Localizer approach. Since an ILS is made up of a localizer for horizontal guidance and a glideslope for vertical guidance, if the glideslope becomes inoperative then the localizer can still be used on its own. A localizer only approach without vertical guidance, uses "step-down fixes" to indicate when descents are allowed. Basically, you determine when one of these fixes is crossed and you are now allowed to descend to the next minimum altitude. From the side it looks kind of like a staircase with the last "step" being flown visually in order to land.

An example of the bottom portion of an ILS or LOC approach plate: 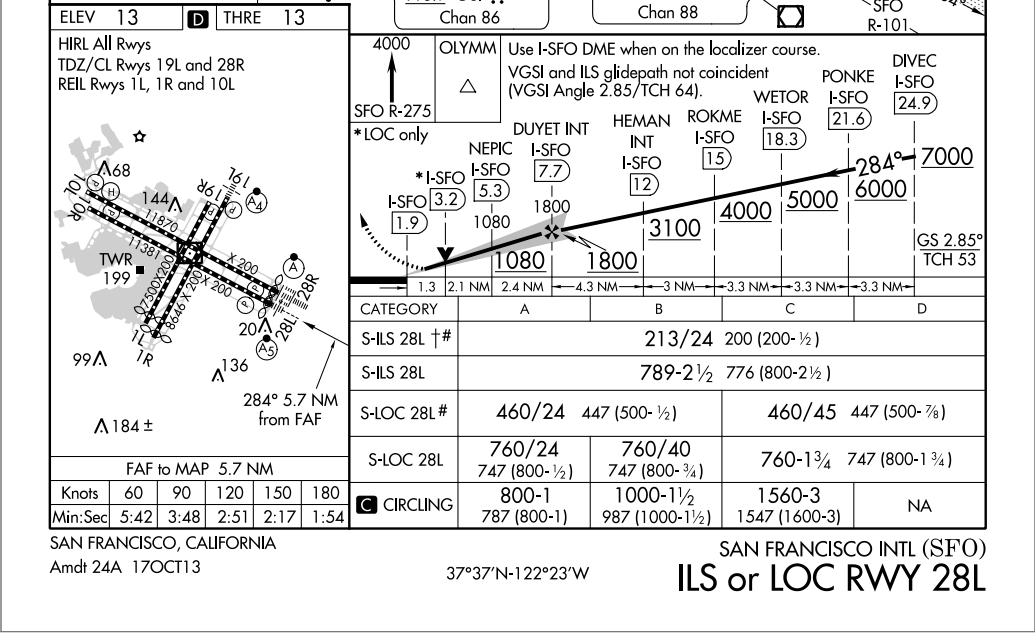 In the case of Flight 801 the pilot was using a DME system. This is basically a series of transponders that tell you how far away they are located, and you figure your position based on how far you are from the DME and how that correlates to their position on your charts. You also have a step chart that tells you how far from the runway they are and what altitude you should be at when you get to the DMEs.

What happened with flight 801 is that the pilots were not aware that the Guam airport had it's final DME about 3 miles short off the threshold, instead of right at the end of the runway. They thought the last DME was just about where they were supposed to land (faulty training, it would seem). When they got close to the ground and finally broke the clouds they realized their mistake and tried to do a go around, but the engines couldn't spool up in time... They basically just landed 3 miles short of the runway.

Not the answer you're looking for? Browse other questions tagged weather ils or ask your own question.

9
How are landing minimums decided?

16
If AWOS reports IFR conditions but I can see at least three miles, can I take off or land?
15
Is this takeoff of a 767 in bad weather conditions a normal procedure?
12
Why are sidestep ILS minima not used in EASA-land? (specific example: EGKK)
0
With current technology, why is there still increased separation between aircraft and delays in low visibility conditions?