Where is the airspace not covered by primary Radar?

Most ATC in the world rely primarily on secondary radar to know where planes are. This requires that the transponder on the plane works correctly.

This means that maintenance and deployment of primary radar is no longer a primary concern for airspace regulation. It becomes at best a secondary backup system before they need to pull out the flight progress strips and airways charts.

Where are the spots that is not covered by primary radar? I understand that some military ships have primary radar and can act as a mobile radar during operations.

As more you Malaysia map, if there's a radar at Kota Bharu [KBR] airport, here's the map assuming a range of 200 Nm for the radar. It should in theory be well within reach.

And an extended version:

Just for the interested, here's a map showing Japanese military radar, just to get an idea of coverage in a country full of people and planes.

A lot of airspace is not covered with primary radar, at least not for ATC purposes.

Most airspace above seas and oceans are not covered by ATC primary radars. ATC relies mainly on secondary radar for surveillance, primary radar is used mainly for airspace infringement protection and airport surface surveillance. Over oceans and remote areas procedural control is used, without any surveillance.

Most primary radars used for long range surveillance in ATC are operating in the L-Band. L-Band signals do not follow the curvature of the earth very well; at low altitude the range is limited because the aircraft are below the horizon. At higher altitudes the range is up to about 250NM, but only when the radar is operated at very high power, which is costly both in design and electricity bill. In many cases it is not needed to operate at long range. Radar is also shielded by terrain; in mountainous areas it is difficult to cover the valleys. In Europe, and I believe also in the US, high altitudes are well covered by primary radar, at low altitude there are many gaps.

A lower band (HF - UHF) radar can be used to look over the horizon (OTH radar). This type of radars is used for Air Defence purposes. The resolution is very poor compared to radars used for ATC but it serves well as an early warning system for incoming enemy aircraft and missiles. This type of radar requires huge antenna arrays, over a kilometre long and they consume enormous amounts of power.

The effective range is typically about 3000 km. For example Australia has the Jindalee Operation Radar Network, that can see past Jakarta, Indonesia. 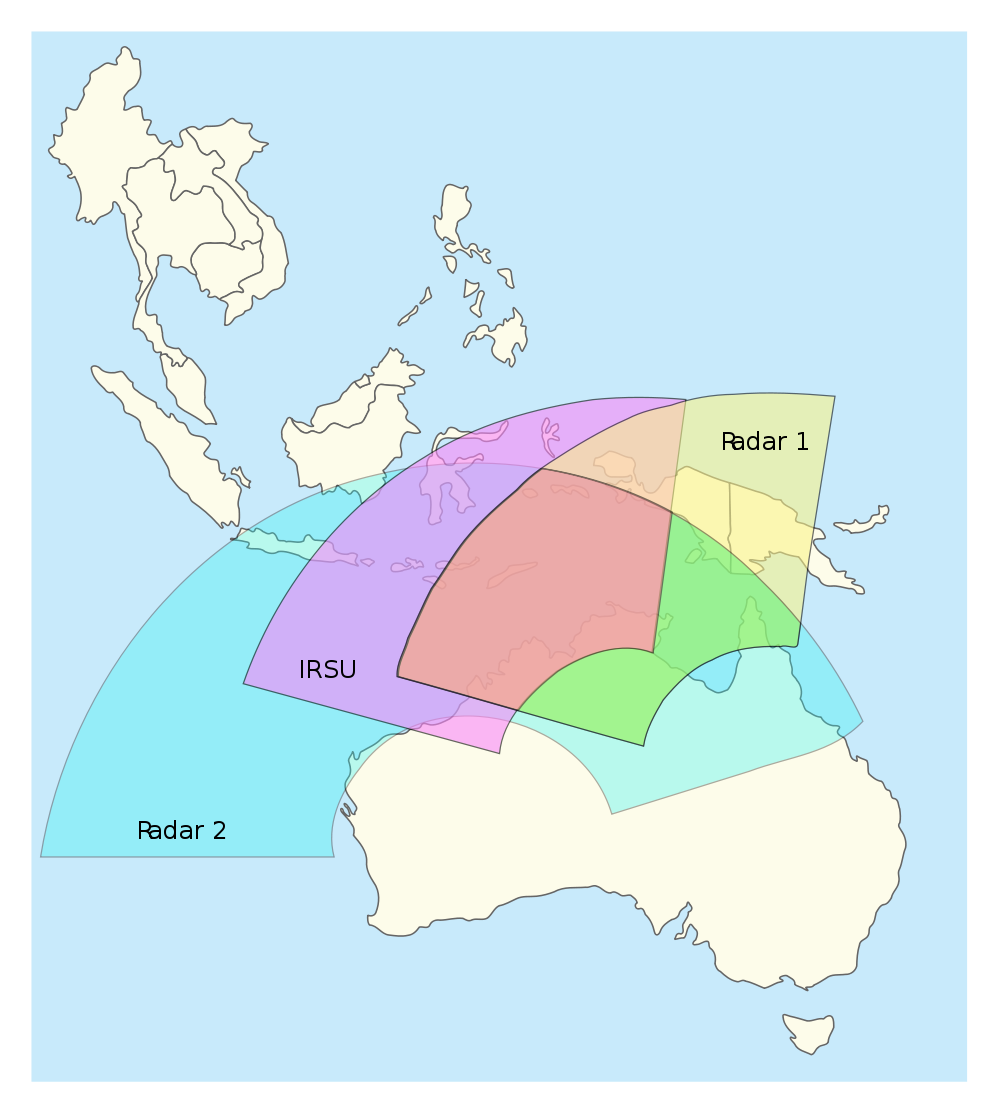 In case of the missing Malaysian MH370, and the latest suspicions that the aircraft ended up West of Perth, I wonder whether the flight was tracked by the OTH Air Defence radars of Australia.

In relation to missing flight MH370, and the radar coverage of that region, please see the link to the Department of Civil Aviation Malyasia's primary and secondary (SSR) radar services in the region.

The first page lists all the Primary and Secondary (SSR) civil/military radar services and then page 10 graphically represents the 200NM SSR ranges of each station.

So to determine how much of the map is covered by primary radar only, you can match the names of the stations on the map with the table on page 1, and use the 200NM area as a guide to determine the primary radar reach of each station.

As an example, the BBC website shows how flight MH370 changed course with this graphic: 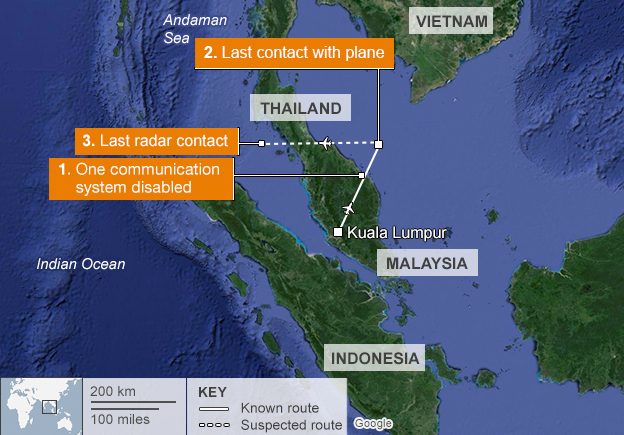 If we look at the radar coverage map again, we can see that this means the flight passed through the primary radar station coverage of Kota Bharu, listed as 1.1.4(g).

Hope this helps, and I hope all the people are found safe.

There are large gaps in radar coverage in the Gulf of Mexico. The FAA sponsored a study that looked into receiving ADS-B reports from aircraft in the surveillance gap and reformatting them to look like radar reports from a fake radar sensor in the Gulf so they could be ingested by their existing air traffic control software systems.

35
Can a military pilot make his airplane invisible for the ATCs?
19
How are aircraft separated in a non-radar environment?
6
How prevalent is traditional radar tracking of commercial aircraft?
1
Can modern aircraft also "disappear"?

10
How do ATC radars know where to position a primary target?
1
How can the radar range for ATC be estimated based on stated maximum radar range?
6
What parts of Austrian airspace are not covered by primary radars?
16
Does a secondary surveillance radar need the support of a primary surveillance radar?
11
How is radar separation assured between primary and secondary targets?
16
Why do (or did, until very recently) aircraft transponders wait to be interrogated before broadcasting beacon signals?
0
Why can’t a single-fan-beam radar determine the elevation angles of its primary targets?