Why are the cockpit displays swapped between the captain's and first officer's sides?

This question focuses on Airbus, like the A320, but is not restricted to those aircraft as the situation seems to be the same for other aircraft.

In front of the left seat, the navigation display is displayed at the right of the the primary flight display, and it is the inverse of the right seat.

Is there a technical reason to do so? An historical one?

It's hard to see from the angle that your example photos were taken from, but the main reason is that they want the primary flight instruments (which are on the PFD, or Primary Flight Display) directly in front of the pilot, no matter which seat they are in.

The PFD gives the most critical information which is used to actualy control and fly the aircraft, so is designed to be in the pilot's direct line of sight.

Less critical information is put on the MFD (Multi Function Display). Since the pilots sit close to each side of the cockpit, this usually means that there isn't room to place the MFD on the outside of the PFD. Even if there was room, the extra display is used partially for redundancy, so they don't want to put it further away from the other pilot.

Since the PFD is directly in front of each pilot, it doesn't take any effort to switch between seats because of that aspect.

This photo (it's night, so a little dark but I think that you can see what I'm referring to) was taken from my head level while sitting in the right seat, which should make it pretty clear: 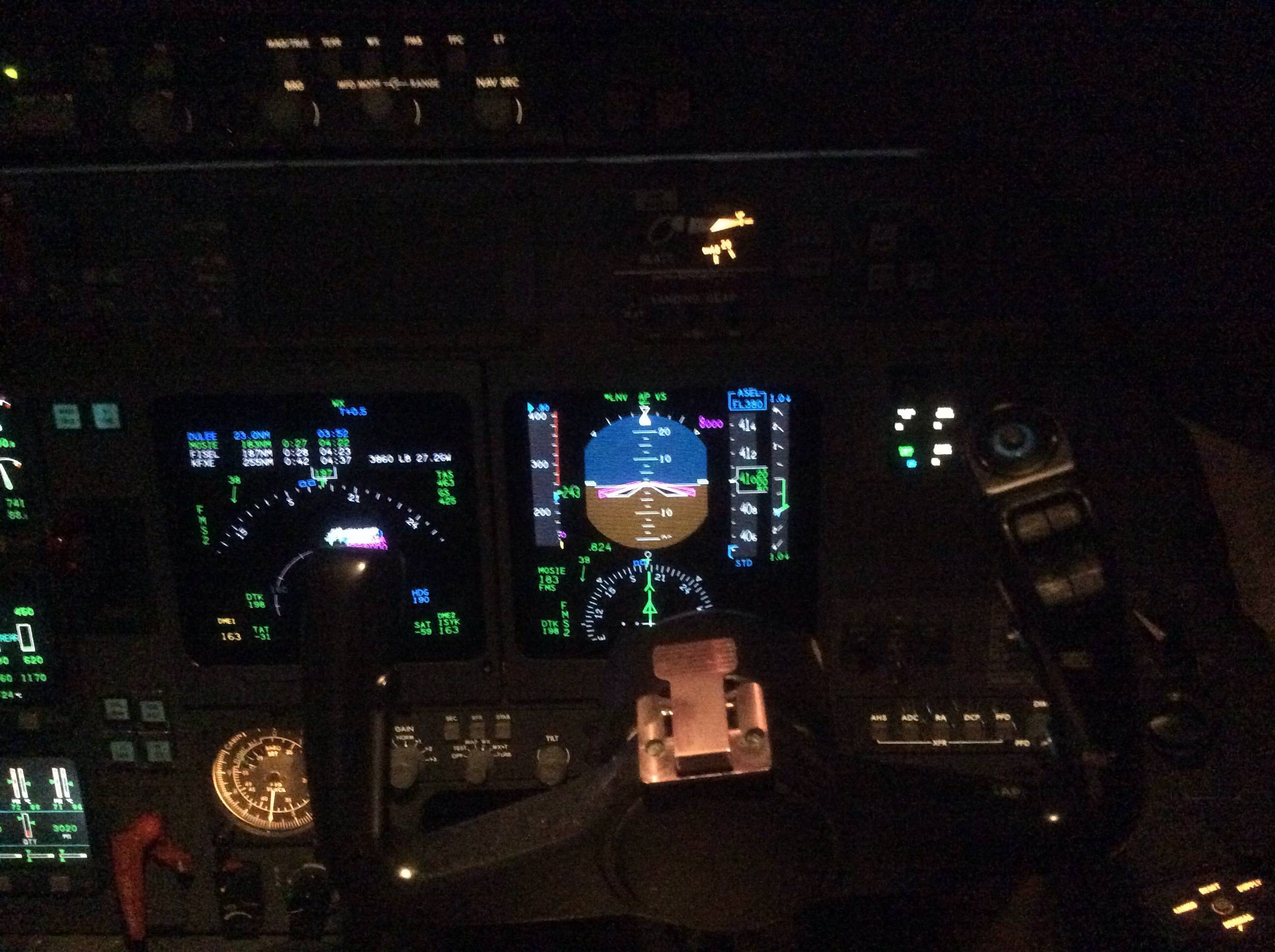 I'm not sure if cockpit displays are swapped between the pilot and copilot. Usually, the pilot (or for that matter copilot) will have their PFD (Primary Flight Display) right in from of them, with the navigation (and other) displays on their side. My guess is that this is the reason the displays appear symmetric.

This photo, though from a helicopter (Bell 412) clearly shows the pilot and copilot PFDs right in front of them, in the same line as cyclic and between the rudder pedals. 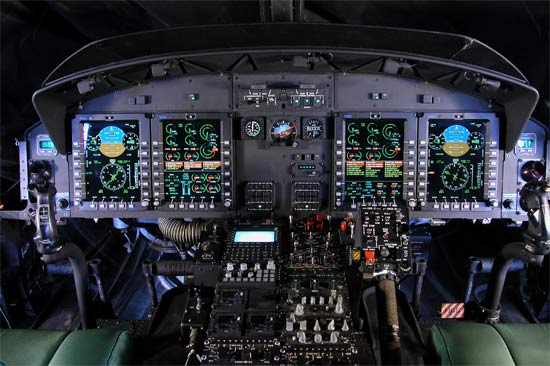 Also, note that the information displayed could be switched between the two displays. Usually one display always shows the important flight info (i.e. acts as the PFD) while the other can be changed to show what the pilot wants.

It has to be symmetric because otherwise you would have to have a different arrangement of controls on either side.

The shape of the console is different left to right, so, for example, there is more room in the center of the panel than the outer edge. Everything is arranged to fit efficiently into that space. To use the same arrangement on the other side of the panel, everything has to be flipped mirror image.

It would be bad to have different arrangements of controls in the two positions, because it would be confusing to the pilots. Sometimes pilots sit in one seat, and other times in the other. They should have the same basic arrangement of controls in both cases.

Not the answer you're looking for? Browse other questions tagged aircraft-design cockpit glass-cockpit or ask your own question.

22
Why do Boeing and Airbus have distinctively different nose designs?
9
Are HUD systems available for light GA aircraft?
8
Can an aircraft be docked at the gate from the right seat?
1
What dictates the shape of the attitude indicator display on the PFD?
5
What is the purpose of these labels on an aircraft's wings?
6
Are the captain's and first officer's brake pedals always mechanically linked?
4
A320: Why do SDACs supply all three DMCs?
8
How does a PFD handle unphysically abrupt changes in the parameters it's displaying?
15
Why does the Boeing 777X have a flight deck similar to the 787 and not to the previous 777?