What parts of the 787 are produced with 3-D printing (besides air ducts and hinges)?

This article from 2013 states that about 30 parts of the Dreamliner are 3-D printed, mostly air ducts and hinges.

I know this sensor for the GE90 engines was one of the first parts to be approved for use on aircrafts and was 3D printed. This was important since it was a critical engine part. I don't think interior trim parts are held to the same standards (or need to comply with as stringent regulations) as engine components.

why it was deemed essential to resort to printing them instead of molding/stamping?

It may just be a simple case of it being cheaper to 3D print them. Extruding/molding/final machining of complex parts can be time consuming and complicated. If you can 3D print it faster/cheaper or both, than you can make it with traditional methods then printing will win out.

In some cases what may seem like one part could actually be a few parts, bolted, riveted, or welded together. Boeings space division seems to be working on this as well and are able to reduce part complexity by 3D printing parts, according to one of their engineers

“We can build fewer and more complex parts up front, which in turn reduces assembly time and costs,” Wilson said."

For what its worth GE was able to 3D print a whole jet engine recently. 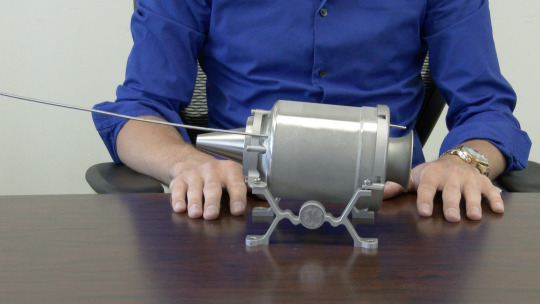 what other parts are produced by direct manufacturing?

Depending on how you look at it there is an argument for composite structures being in a way direct manufacturing since you are making an entire piece (say a whole wing) in one shot instead of riveting a bunch of sheets of metal to a wing structure or pulling fabric over a steel frame (although you are usually pulling fabric over a foam mold in a sense).

Another example of printed parts is electronics covers.

It wasn't necessarily "essential" to use 3D printing, but economical or beneficial versus other choices. For aircraft parts, 3D printing has a few advantages over more traditional methods of manufacturing:

Not the answer you're looking for? Browse other questions tagged aircraft-design commercial-aviation boeing-787 or ask your own question.

1
What areas of a commercial airliner are pressurized besides the cabin?
9
How is the fuselage of the Boeing 787 produced?
1
Why hasn't Boeing updated the 747 with technology from the 787?
10
What components of the Boeing 787 are made out of titanium?
1
What is the sweep angle of the Boeing 787's horizontal stabilizers?
12
Why does the Boeing 787 use Cabin Air Compressors (CACs)?
12
Would the wings of a Boeing 787 be snapped off in the same turbulence in which a DC-8 lost an engine and parts of a wing?
1
Are electromechanical actuators used in aircraft other than the Boeing 787?