Are there cameras which can show external components of an airplane to help pilots determine a fault? [duplicate]

Looking at this crash - wiki - my question came up - are there passanger planes, which have real time view of external components like engines, wings and so on, which can eventually help pilots understand what part malfunctioned ? If not what would be a good reason ?

Edit: Please note that I am not looking for planes with cameras used for manoeuvring, but for such pointed towards critical components e.g. engines, so if there is a visible fault (smoke coming out of the engine) the pilots would know the exact failed component/part of it.

External cameras for diagnosing aircraft issues are not used on any current aircraft. As mentioned in another answer and question, some aircraft do have external cameras, but these are more for maneuvering on the ground.

One reason for this is that cheap, high definition cameras that can stream directly to a monitor in the cockpit are a fairly recent invention. Previously, such an addition would have been fairly heavy and expensive to add to an aircraft. As mentioned, some newer aircraft that have digital cockpit displays do have external cameras for other purposes. However, even in aircraft with cameras, they are generally not used for diagnosing issues.

A lot of aircraft issues, especially with engines, are not readily visible from the outside. Internally placed sensors are still much better at detecting issues. Landing gear in particular may appear to be extended but not locked properly. Pilots are more concerned with how functional something is. Modern aircraft are equipped with hundreds of sensors and these are designed to give the pilots all the information they need about the functionality of the aircraft. These sensors are much more simple and precise than a camera. External cameras may give a misleading picture of the aircraft's state, and decisions lean towards an abundance of caution. Unless there is some extremely obvious discrepancy, it's unlikely that a camera will be trusted over the sensors.

Of course there are still incidents such as fuel leaks and fires that external cameras would help to identify. However, the aircraft sensors should be able to detect these issues once they are serious enough. Pilots also get information from passengers/crew in the cabin, and from external observers in other aircraft or air traffic control. Cameras are also limited in where they can be placed to provide a good view of things, and how well they will perform at night or in bad weather.

There may be a general case for cameras being helpful in identifying issues, but these situations are rare enough that is is hard to justify the expense. If something is enough of a risk that you need to point a camera at it, you're better off just fixing it so it's less of a risk.

The A380 has a camera mounted in the tail that provides a view of the top of the aircraft as well as the upper surface of the plane. Apparently it's there to help navigate at airports, you can sort of see it here 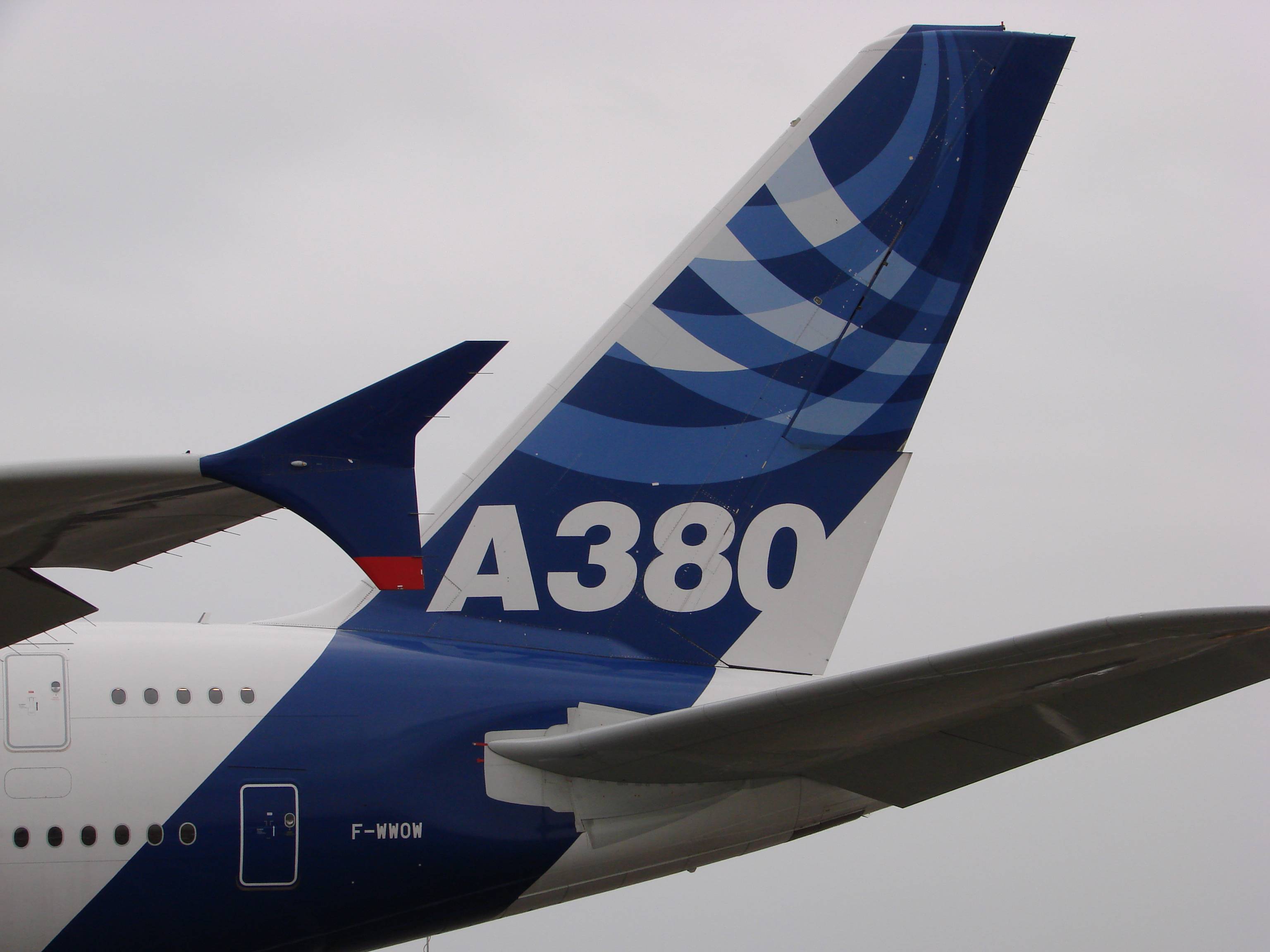 I'm not sure where this feed is bussed to but I assume they can bring it up on their flight displays.

A great deal can also be seen from out the windows of the plane as well.

Keep in mind that it's only recently that camera and display technology has shrunk to its modern size. Many planes out there were designed in the late 70's or 80's. Having full frame video feeds in that time would have required bulky equipment that costs you weight and power. It should also be noted that cameras like this would be ineffective in clouds with little to no visibility as well as at night (although we are making progress on that front). The outside of a plane is not really lit up that well so a camera would not see much at night.

As for using them in fault procedures this is a mixed bag and in some cases an opinion on if it will help or hurt the situation. For what it's worth the only key surfaces that you can't see through the windows are most of the empennage and the underside of the wings/underbelly of the craft as well as part of the engines. When it comes to the rudder and elevators a camera may help you determine if a control surface experiences an inadvertent deflection or becomes unresponsive to control input. It will also show any surface damage to the unit. Likewise with the wings you will be able to see any damage to the lower parts of the wings, however most control surfaces can be seen through the windows. To play the other side some might argue that cameras would be distracting in an emergency and pilots should not be trying to determine what they can see when they should be flying the plane. Others of course may say that if they can see a control surface is not properly actuating they may be better able to provide the proper correction.

A light sensor is a camera which transmits just one pixel of information. The same goes for a thermal sensor, instead of transmitting an infrared thermal image of many thousands of pixels, it only sends one pixel of thermal information each time it cycles.

And that pixel itself could contain many different values. In some cases, it could store lots of information about light and color. And in some other cases, depending on the sensor itself, it could also just store one bit of information, a one or a zero. And of course, not all sensors use the light spectrum. The are various other sensors capable of other things.

Reducing the amount of information to the most relevant part helps pilots avoid cognitive overload, but having less real-time data also makes it easier to record the raw data over the life time of the airplane (or at least until it crashes).

And yes, sensors can malfunction just like cameras can malfunction, but they can also be redundant in their function and more precise in what problems they may be trying to pinpoint. So if one sensor malfunctions, other sensors may be able to double check the same functionality in other ways.

Not the answer you're looking for? Browse other questions tagged safety pilot-technique aircraft-failure or ask your own question.

9
Why don't airliners have any mirrors or cameras?
9
Which aircraft feature stock exterior cameras?

9
Is there any electrical component on an aircraft which can never be turned off by a pilot?
2
Is there some technology which will help in stall recovery?
7
Is there a way, by which an airline or ATC would be alerted, if both pilots are asleep or incapacitated?
10
How do pilots of big jets determine if they are clear of the runway after landing?
5
Are there any regulations on who can sit next to emergency exits?
6
Are there any known instances of airline pilots passing off aerobatics as “turbulence”?