The thrust generated by a big fan / rc-jet-engine is much higher than the weight of the plane. If the force generated by the turbine is the same as the downward-force of weight of the airplane, it hovers. By very carefully adjusting the thrust and placing the aircraft in this "nose-up" position, a skilled rc-pilot can hover the plane until the battery runs out or fuel gets low. 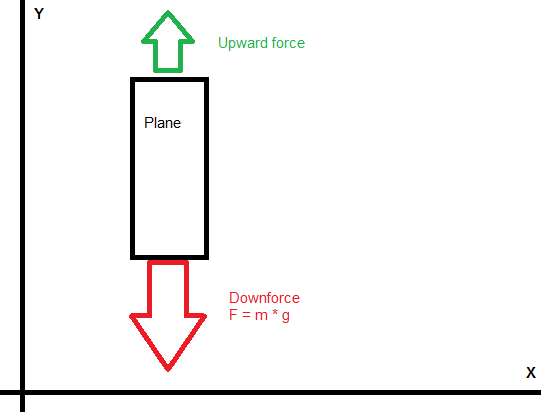 To make this aircraft hover, you have to create a upward force of at least $98,100 N$. If you manage to do that and you can align the generated thrust / downforce perfectly on the Y-Axis, the aircraft will hover: 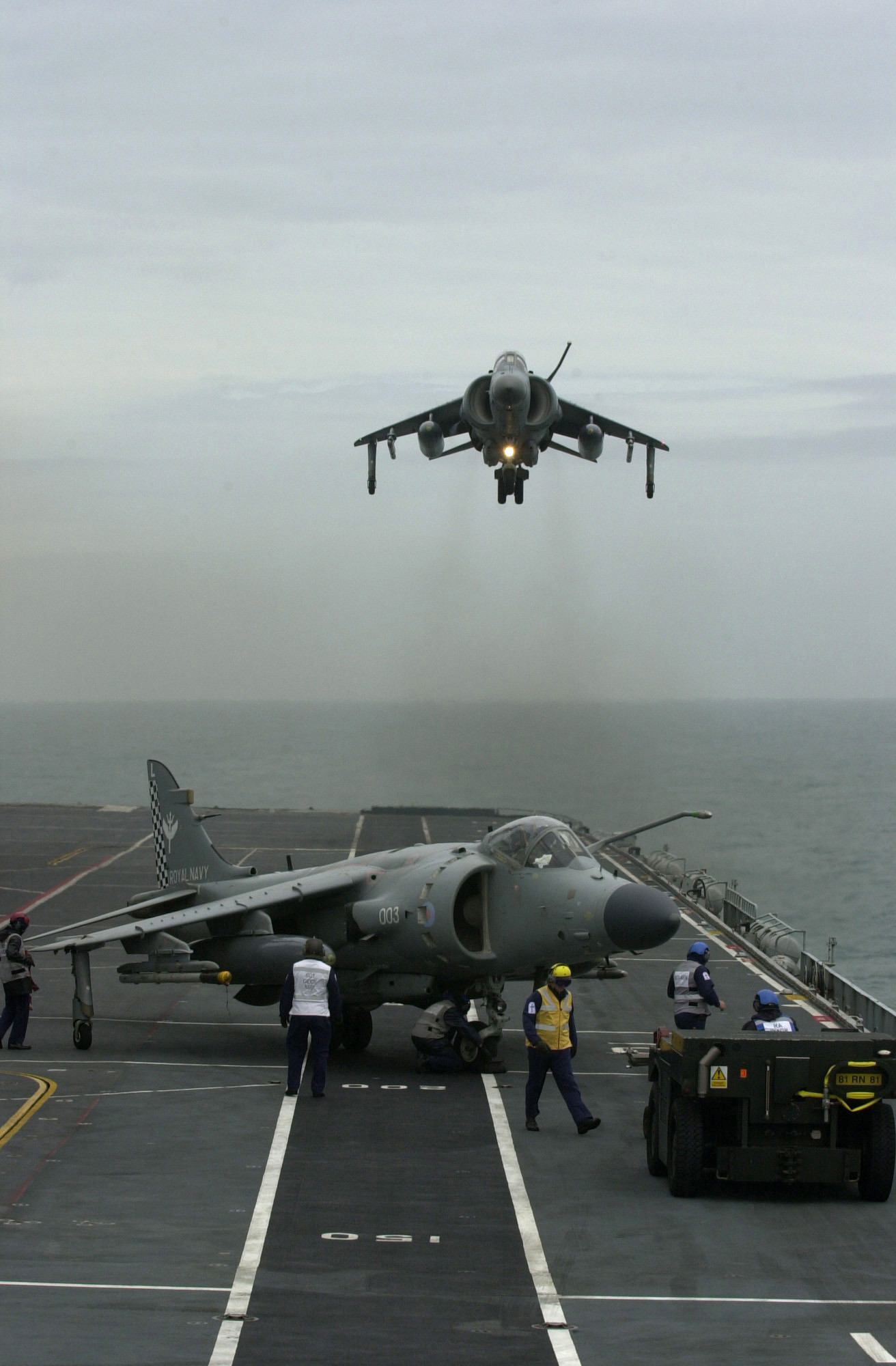 Some fighter jets have something called thrust vectoring which moves the engines and changes the direction of the thrust, so they can hover.

5
The slowest to fastest ratio plane

29
Can a fighter jet land on a modified airliner?
3
How can you calculate the gliding distance for a remote controlled jet?
23
How do aircraft land on snow?
10
Can a free-falling aircraft with no horizontal (or minimal horizontal velocity) start up and fly to safety?
1
Why is white light more visible than red and green on this Cessna model on a sunny day?
7
How high can I fly a model aircraft under 14 CFR 101 rules?
3
How does maximum speed vary with altitude?
1
How close would another aircraft have to fly to warrant a sudden big altitude drop to avoid collision