Is there a website which highlights airport locations on a map?

Is there a good website which shows airports (both public and GA)? I can look it on Google and Bing Maps (as shown in the image below). Shown the picture, I have zoomed in a lot to see airport icons (bottom left and top right). I feel that the icon on Bing (right) can be easily spotted than the one on Google (left). Even if I zoom out one level, Bing still shows both airports but Google doesn't.

When I search on Internet, mostly A/F Directories are returned. Wikipedia also has a thorough list but I don't like plotting them on a map to find their proximity. 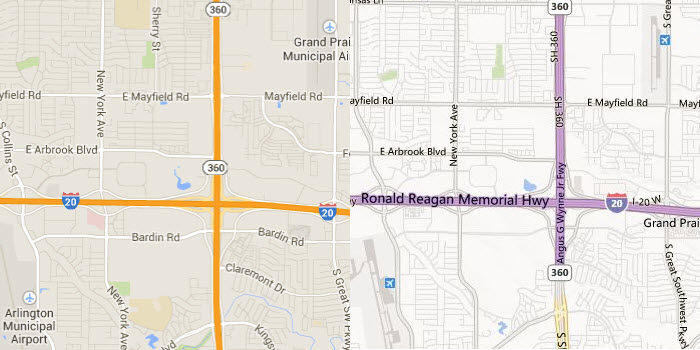 SkyVector is a great resource for aviation maps and data of all kinds. It offers worldwide sectional- and low-ifr-type charts, and a fully-featured Airports section.

I'm not sure if you also want airport diagrams, but you may also get some decent results with OpenStreetMap. The open source maps have some hit-or-miss levels of detail for airports, some including full taxiway and runway data. Others are just property outlines.

FltPlan.com has a great airport mapping engine. Just click on "Nearby Airports" on the main page and enter the location that you want to search around.

You can search by zip code, city name, or an existing airport id and filter the results by minimum runway length, distance, approach types, and fuel.

Here's an example of the results: 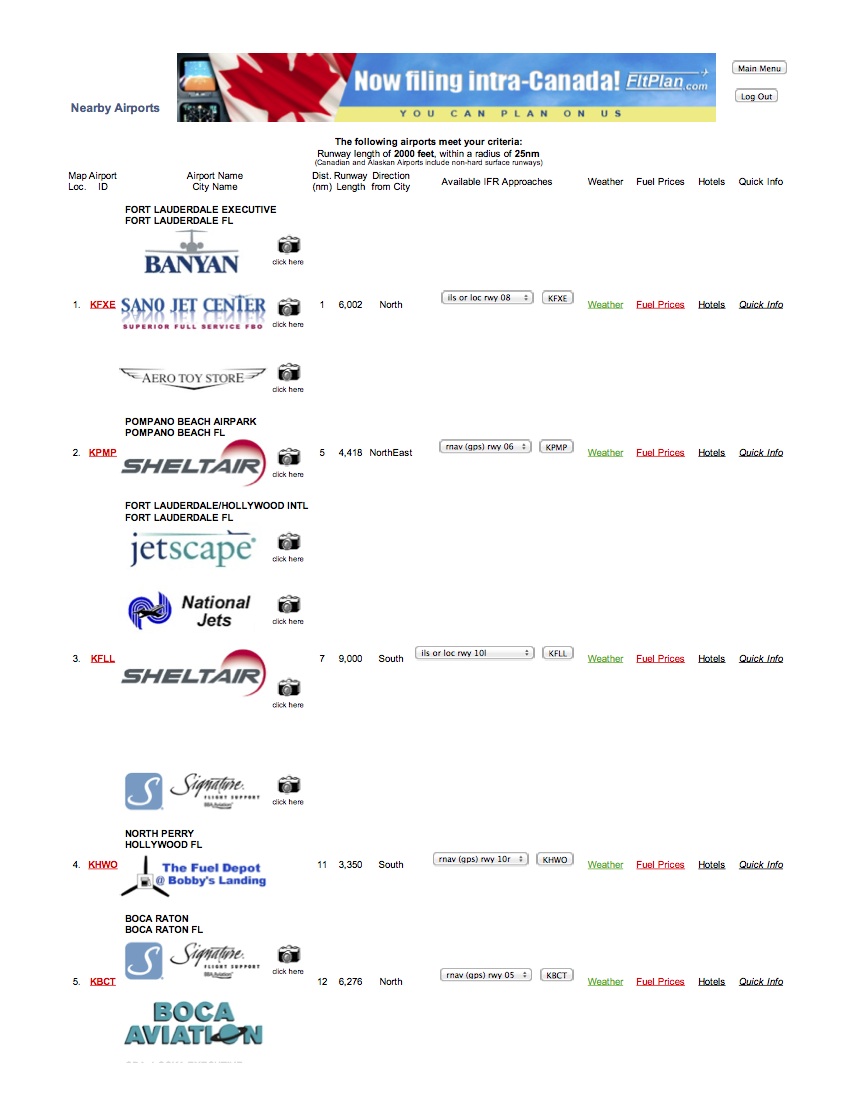 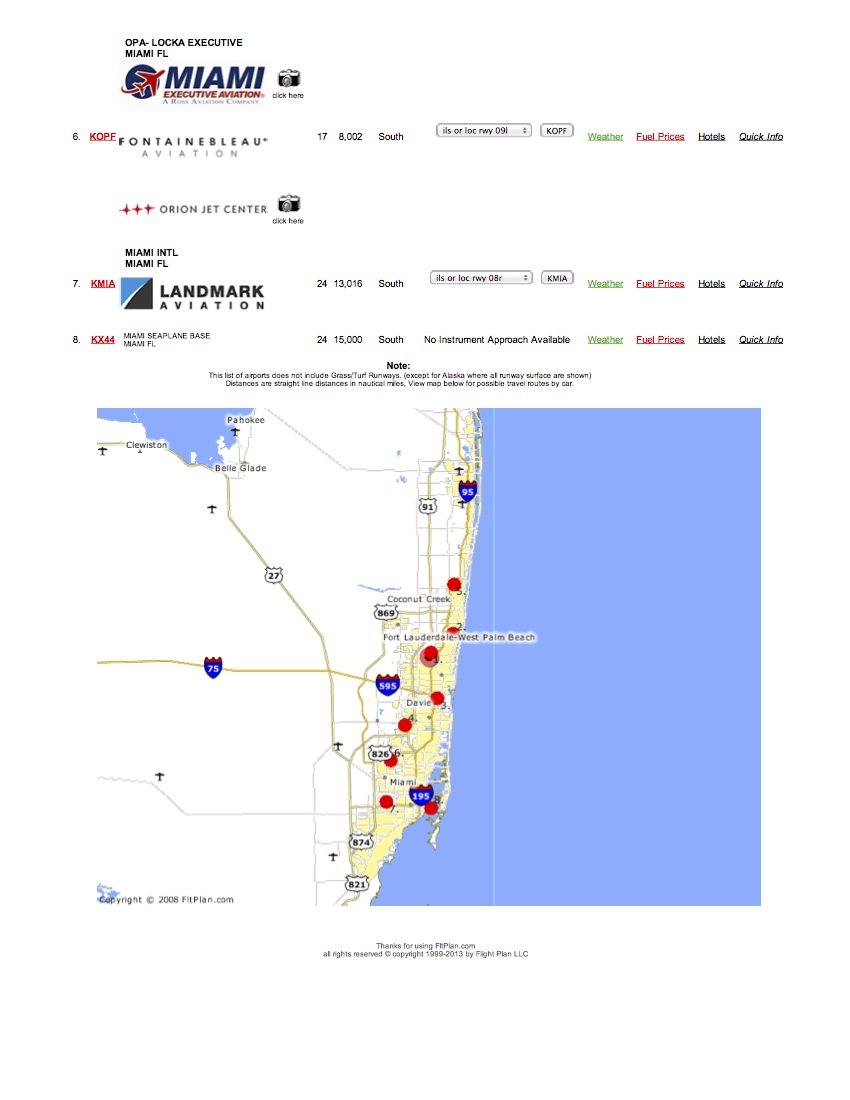 World Aero Data shows airports on a map, although I did find an airport which isn't mentioned.

Other than that, the map and airports are easily visible, irrespective of zoom level.

OurAirports, the continuation of DAFIF by community effort (since Australia (and possibly some other countries) copyrighted their official data) would be the obvious one.

For the purposes you state, I think that VFRMap is the best resource.

I really like SkyVector for aeronautical planning purposes, but the distinction of VFRMap is the inclusion of some of the various Google Map options in addition to the aeronautical charts. This offers what is essentially Google Maps with airport locations overlaid.

See the following two examples from VFRMap depicting first the Sectional background and then the Google Map Roadmap background. 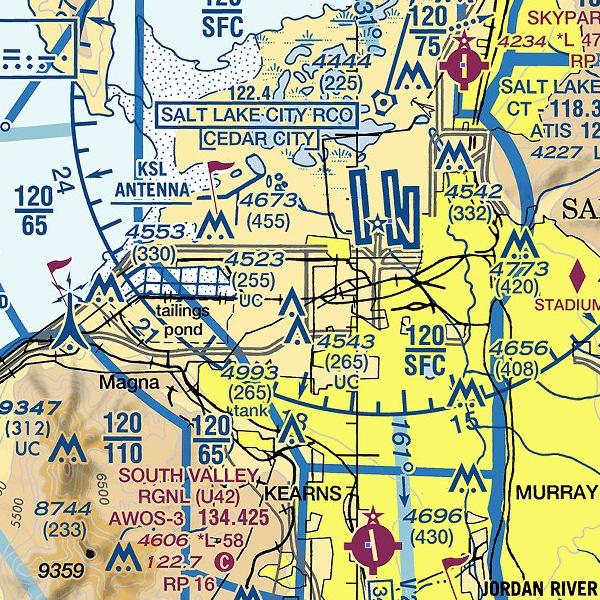 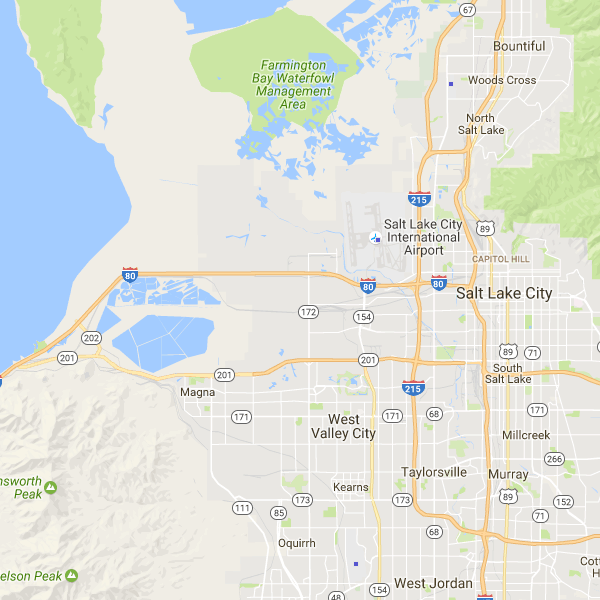 One of VFRMap's shortcomings is that it's airport database is limited to the United States.

Not the answer you're looking for? Browse other questions tagged airport website or ask your own question.

20
Is there a website similar to FlightRadar24, but showing general aviation?
4
Which UK airport uses different approaches for noise reduction?
6
Which US airport historically has the most days in which VMC prevail?
4
Which airport is featured in this Delta commercial?
23
Which civilian airport has the most runways (current and planned)?
3
Is there anything in any airport called a "warm apron"?
6
Which civil airport has the longest runways in total?
6
Has there ever been a US airport with identifier PM2?
8
Which airport is the busiest general aviation airport in the world?