Why do military turbofan engines use a low bypass ratio?

I know that the most civilian engines use a high bypass ratio which is good for fuel economy and noise reduction.

What prevents military engines from using the same technology instead of opting for low bypass engines?

It's not military vs civilian, but subsonic vs supersonic-capable

Note that subsonic military aircraft use the same engines as civilian aircraft, even if their names might be different.

No, the differences arise only when the aircraft is designed to fly supersonic. This requires a very different approach to the integration of the engine:

Note that the civilian Concorde used also a variable intake and nozzle and afterburners. It had an engine which was used on the BAC TSR-2 before, a supersonic military aircraft.

The real distinction is not between civilian and military, but between purely subsonic and supersonic-capable. Initially, both was achieved with the same engines. The J-57 mentioned above was also used on the supersonic F-100 military jet. Only in the 1960s did those lines diverge, and the subsonic aircraft grew ever bigger low-pressure compressor stages. These were again driven by the high-pressure cores which were used on supersonic aircraft.

Thrust is air mass flow multiplied by the speed difference between flight and nozzle speed of the engine. To increase thrust, subsonic engines try to maximize mass flow (by increasing the bypass ratio) while supersonic engines rely more on increasing the nozzle speed (by using afterburners). Since net thrust is only possible when exit speeds are higher than the flight speed, the engine's exit speed needs to increase with the design flight speed.

The core engines do not differ much - after all, the intake will make sure that air reaches the engine at a speed of Mach 0.4 to 0.5, regardless of flight speed. The core of the General Electric F110 (installed in the F-15 and F-16 fighters, among others) became the core of the CFM-56 turbofan which is used in the Boeing 737 or the Airbus A320. The main difference is in their bypass ratio. The slower the design speed, the bigger the bypass ratio may become. At very low speed, the ungeared, shrouded fan is exchanged for a geared, free spinning propeller, in other words, the jet changes to a turboprop. The intake and nozzle, however, are very different indeed.

The optimum bypass ratio changes continuously, but since the drag coefficient drops after crossing Mach 1, airplanes are either designed for a maximum Mach number of 0.9 or less, or 1.6 and above. The corresponding bypass ratios today are up to 12 for subsonic engines, and less than 1 for supersonic engines. This produces a sharp boundary at the speed of sound, and many military engines designed for supersonic flight lost their afterburners and were fitted with a big fan to become the engines for subsonic transport aircraft. 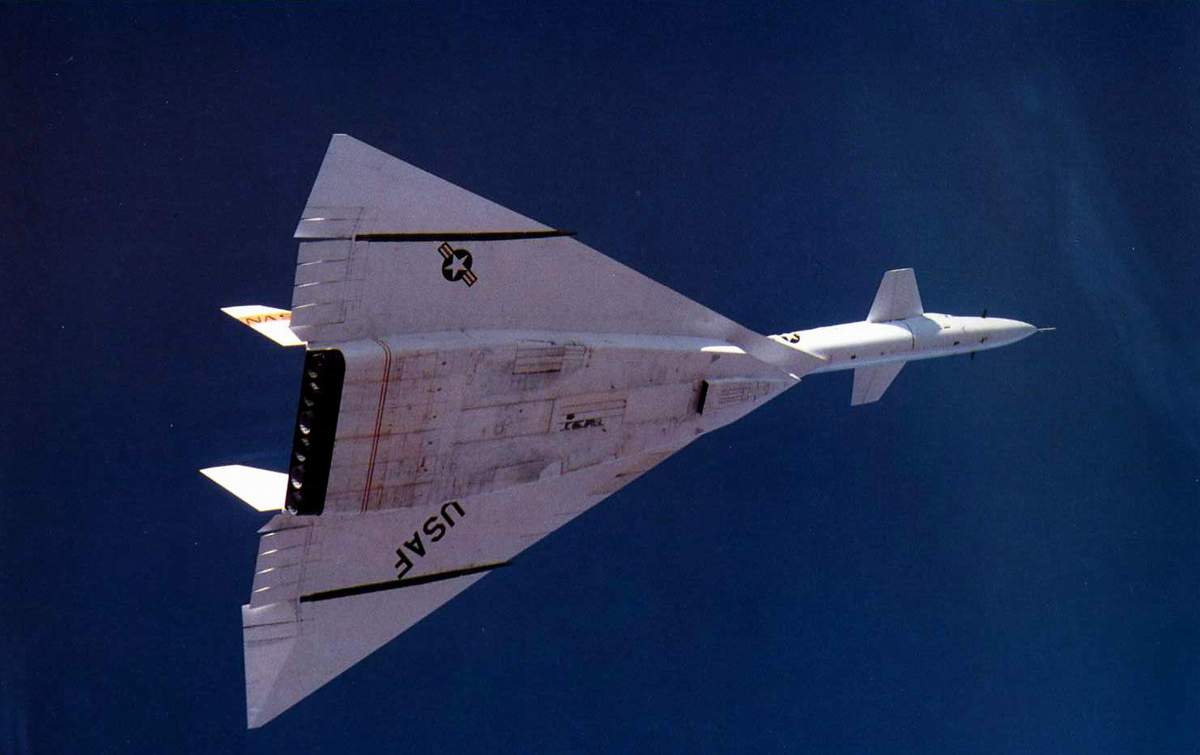 Look at the intake section of the XB-70 pictured above (source). The capture area is rather small, and then the intake tube widens to enable the slowing of the airflow. The inclined sidewalls of the intake section cause a lot of drag at Mach 3. Now think the six GE YJ-93s are replaced by engines with an even bigger diameter. The increase in wave drag due to the even blunter intake would cancel out all advantages of a higher bypass ratio.

What is less obvious is the fact that this intake section also creates maybe half of the overall thrust of the propulsion system. But this answer is already too long, so I save this for another answer.

Because the priorities for military aircraft (engines) are different. While it is true that the high bypass turbofans have better fuel economy (in cruise) and are less noisy, the low bypass engines offer significant advantages when we take into account their intended use in combat aircraft, such as:

Not the answer you're looking for? Browse other questions tagged turbofan bypass-ratio or ask your own question.

2
Do jet fighters use Turbojet engines, and do cargo/passenger aircraft use Turbofan engines?
60
Why can't jet engines operate with supersonic air and how do they slow it down?
39
Why do gases in the combustion chamber only flow one direction to the gas turbine in a jet engine?
26
Why are adjustable area jet engine nozzles mostly limited to military use?
17
Why is max endurance different for jet and props?
16
What are the merits of an inlet cone/spike/centerbody vs. a 2D inlet?
14
What is the difference between a high bypass turbofan and a low bypass turbofan?
9
Why do engine cowl lips appear larger and more blunt on the sides than on the top and bottom?
7
Is it possible to have an afterburner in a turbofan with bypass ratio greater than 1:1?
3
Why do some Turbofan engines have multi-stage fans?
See more linked questions