Why this huge discrepancy in flight times?

I was looking at return flights from London - Azores islands and was astonished to see the huge difference in flight times, both flights are via Ryanair: 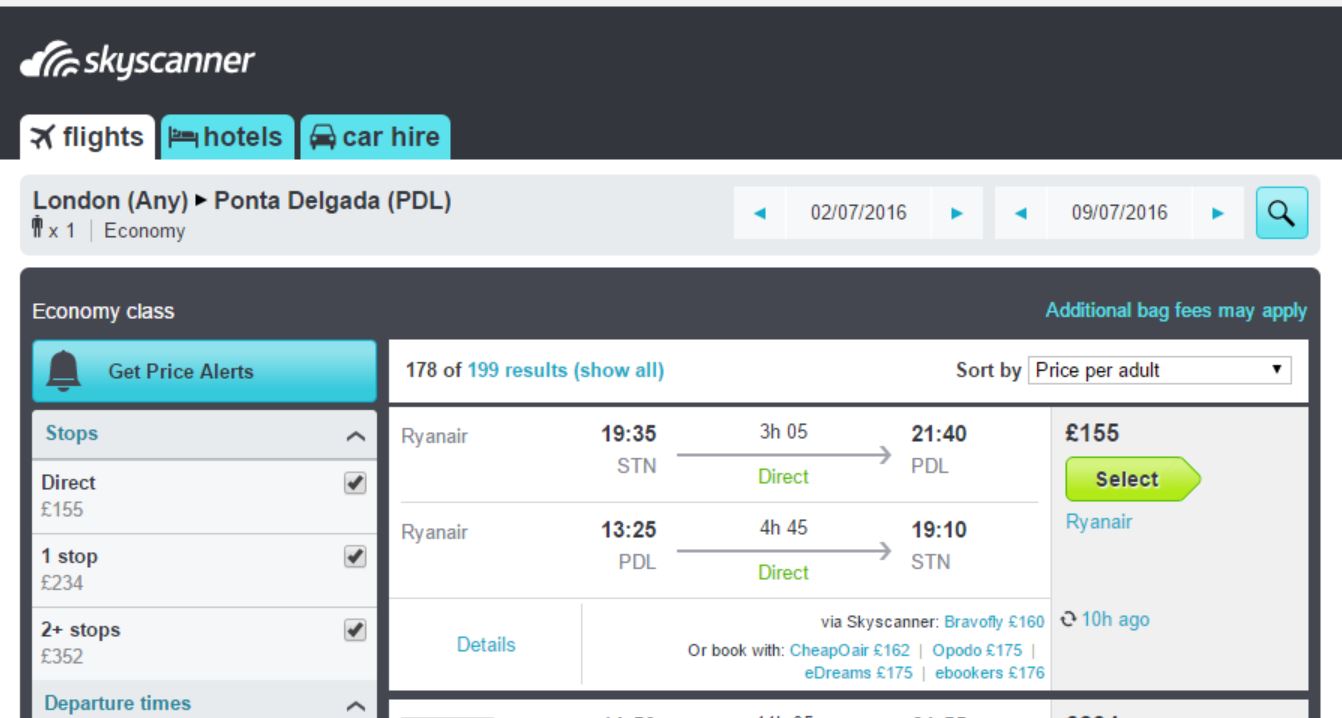 I am aware of differences due to wind conditions/jet streams and routes etc but for the return flight to take >50% longer really surprised me. What is likely to be the cause of this?

These three factors may cause the airline to list the flight duration as longer than it would usually, in order to account for the possibility of a lengthy flight time.

If you look at the track of the outbound flight and compare it to the inbound flight you see that, at least on that occasion, a much longer track was followed. The airline may know that the route back to London is longer (for whatever reason) and adjust expected flight times accordingly.

Also, when you compare it to the only other direct flight departing and returning to the same airport (LGW) on skyscanner for the same route, the time difference is much less (15 minutes difference) which is much more usual. It may well be that the route to/from LGW is more equal outbound/return than the route taken to STN. It may also be that this flight in to LGW is at a typically quieter time of day.

5
Is there a Flights API to get flight information months in advance?
19
How are flight schedules displayed without ambiguity on DST change days?
12
Why does flight duration differ for the same flight?
4
Does Daylight Saving Time affect the flight time?
6
How to differentiate two flights with the same flight number that arrive on the same day?