What is this orange container labeled “Flight kit wheel”?

What is this orange container for? It reads

Flight kit wheel. Do not remove. 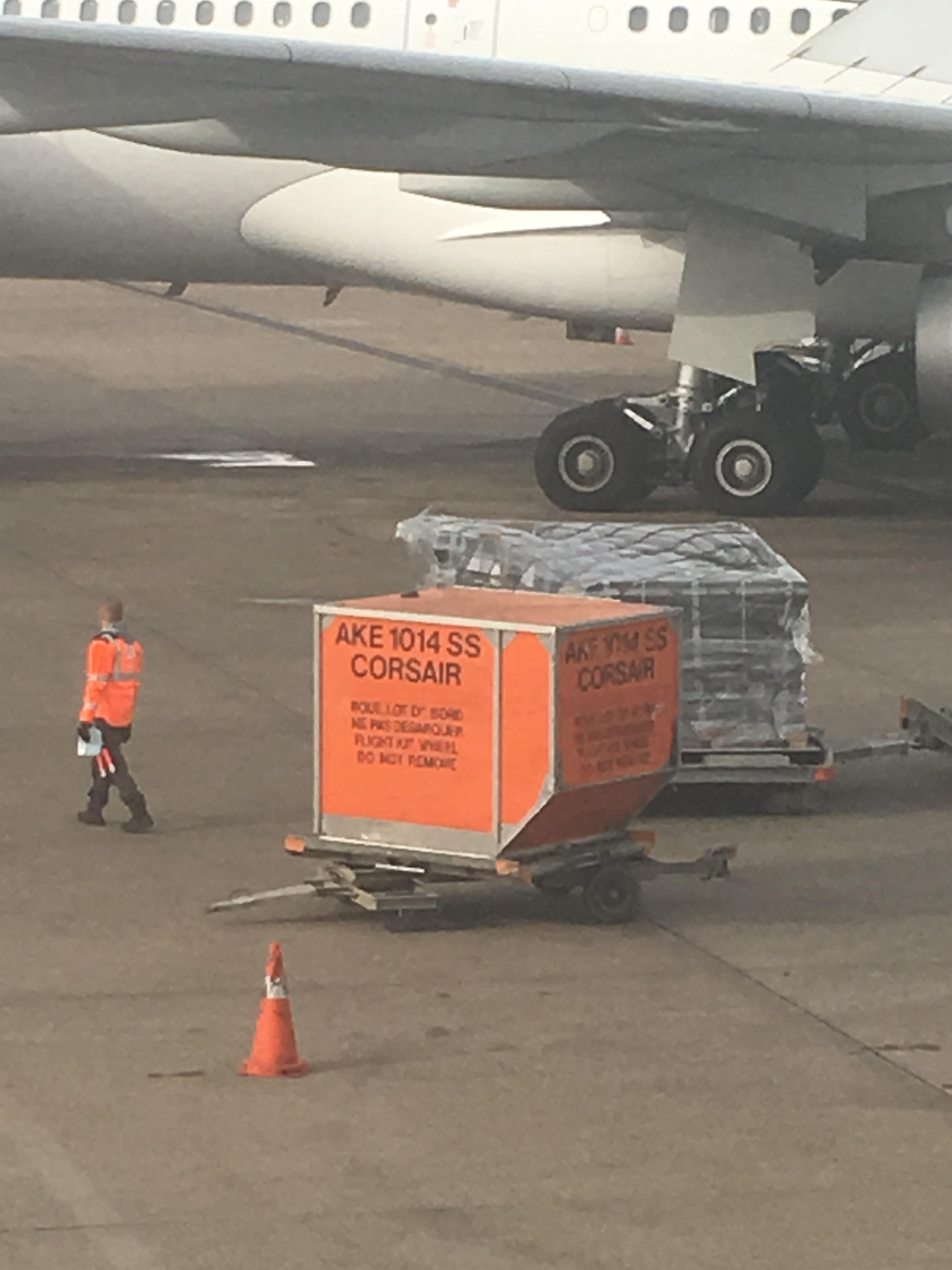 Corsair is a small airline, with a limited number of aircraft, serving airports in remote islands from Paris. For their economical survival their aircraft must keep a high operational ratio. However:

A common solution is to bring parts aboard, in particular MEL components. It's a balance between the cost to carry the container and the cost of extra wait time (better said by FreeMan in a comment below: The weight penalty is much lower than the wait penalty.)

These containers marked Flight kit, Fly away kit (FAK), Do not unload, Do not offload, etc, contain components or tools intended to remain on board and be used at the next stopover in case of necessity.

It's relatively common to see FAK for spare wheels. One of the reasons is when the crew executes a rejected take-off just prior to V1 speed on a large aircraft, brakes are subject to intense heating propagated to the wheels. Tires inflated with nitrogen at about 1,300 kPa (that's about 13 bars or 200 psi) could blow out beyond a certain temperature, causing damages/injuries. To prevent such explosion, wheels are fitted with fusible plugs melting to allow tires to deflate safely.

After such event, the plugs (and possibly the tire) have to be replaced. A common option is to change the whole wheel and perform inspection and repairs later. The kit contains the necessary tooling and parts for this replacement. This might take 30 minutes or so.

As FreeMan also mentions, sometimes the mechanic who is going to replace the wheel is onboard. That was the case (at the time the photo was shot) for Corsair for certain destinations where there is no permanent maintenance team at the stopover.

And actually Corsair is a small French airline based at Paris-Orly (LFPO), which has a taste of holidays. Their 5 aircraft take people from Paris to beautiful beaches on islands where airports don't have large maintenance facilities (Fort-de-France, Pointe-à-Pitre, La Réunion, Saint Martin, Palma ...)

In such a small airline, when an aircraft is grounded the schedule of the others is indeed disrupted, the shorter, the better.

Flight kit, Air France (translates to "Fly away kit, do not unload"). Photo by A380spotter at Flickr 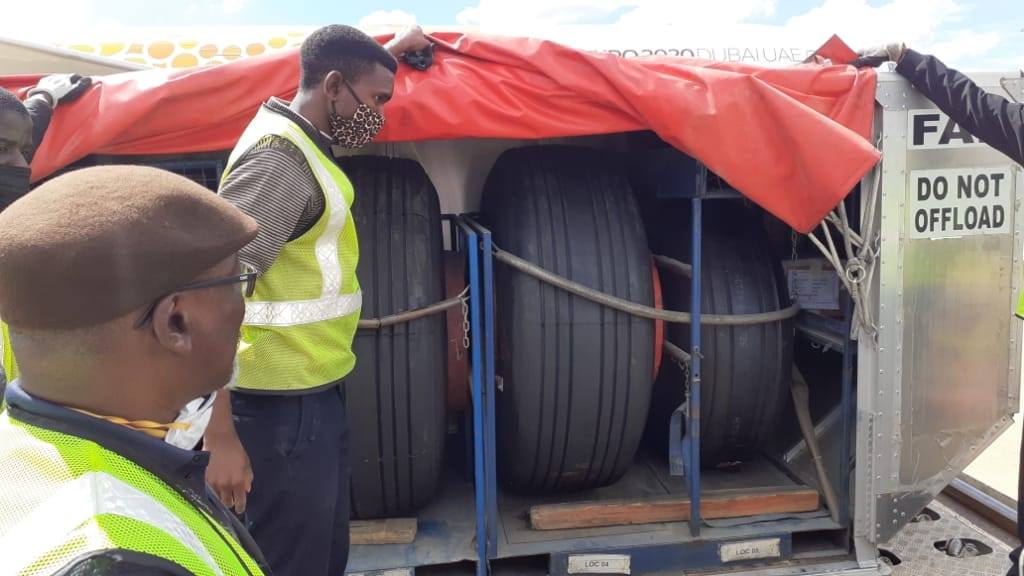 Parts in the container are secured to prevent them from moving. 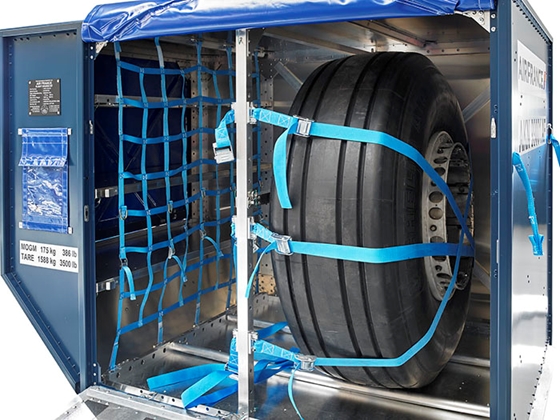 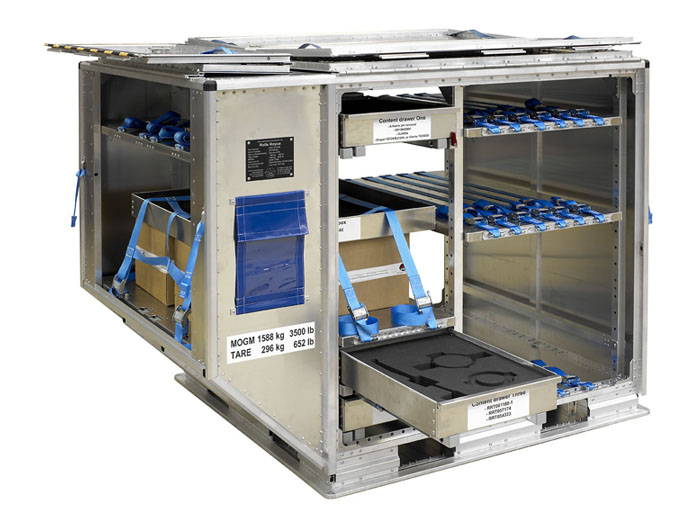 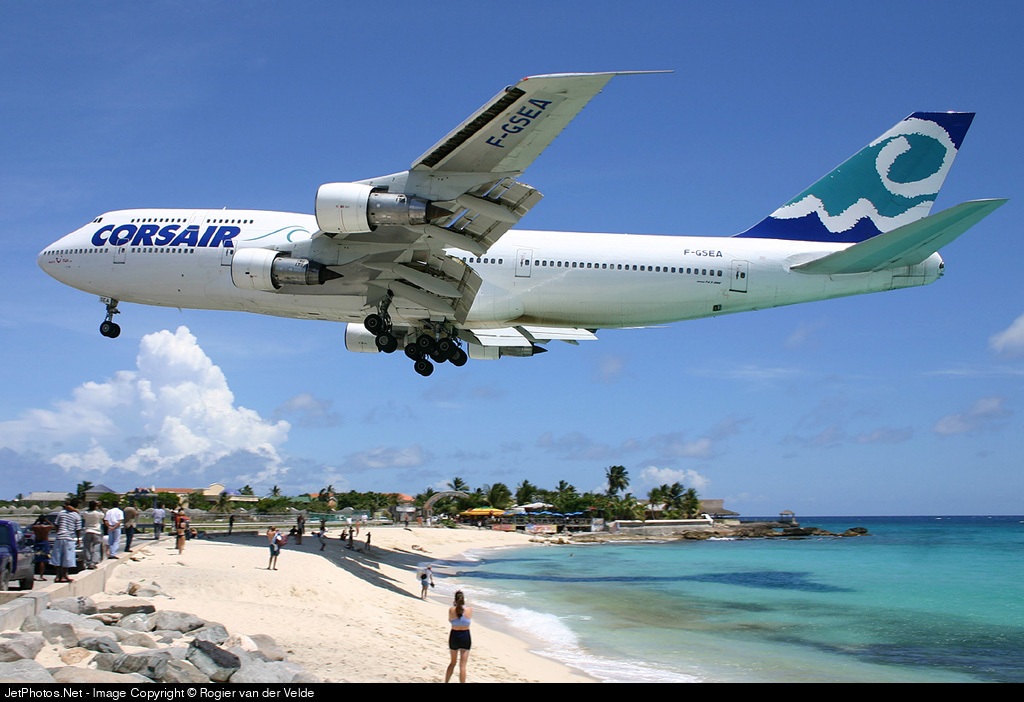 Not the answer you're looking for? Browse other questions tagged airliner equipment or ask your own question.

34
Do any aircraft carry spare parts for making repairs?
4
What happens if a plane breaks down away from a maintenance facility?
7
How do airlines bring spare parts to aircraft stranded outside their main facilities?

16
What is the source for the flight data shown on in-flight entertainment systems?
13
Which wheel or wheels get the chocks?
0
Was my latest Air Berlin flight in violation of some in-flight procedures?
6
What is this weapon spotted at an airshow in South Africa?
15
Why is the Antonov 225 (almost) always chocked at the third wheel?
4
What is this aviation quote?
8
What is this plastic device inside the plane window?
6
What if a commercial airline pilot misses their flight?