When is an aircraft handed over from Center to Approach?

I'm trying to understand how an IFR flight an ACC (center) controller communicates the hand over to the pilot to contact local airport frequencies.

I tried listening LiveAtc but my English is not so good and I still have a couple of questions. I must emulate a center hand over to local destination frequencies, is this order correct for pickup the right frequency?

Is departure eligible if an approach frequency is not available? If approach is available, which ATC gives landing clearances, tower or approach?

Also at which distance from airport ACC should do the hand off to the approach frequency?

In general, aircraft are handed over on frequency to the next controller via a simple instruction to change the frequency:

The simplified order of contacted stations for a commercial flight, depending on availability and airspace structure is:

The point and altitude or flightlevel where the handoff is initiated is agreed upon in Letters of Agreement between the different sectors or ACC/ARTCC stations. 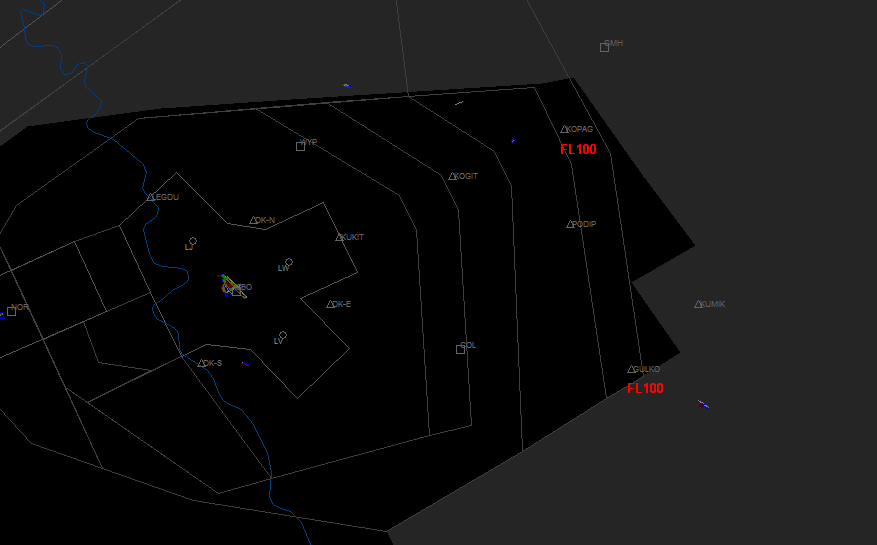 The above picture shows the airspace around Köln/Bonn (EDDK) Airport, with the Köln Arrival East (KAE) sector being actively displayed in black. The STAR entry / clearance limit fixes are GULKO and KOPAG, in the east. Most traffic not arriving via NOR VOR in the west will terminate at these two fixes, which also serve as the handoff fix between the center controller (Paderborn High, Taunus and/or Rhein Radar Upper Control) and the arrival controller responsible for Köln East Sector. The Letter of Agreement between those sectors states that traffic arriving to Köln/Bonn via GULKO and KOPAG is to be cleared to FL100 and cleared for the respective STAR out of GULKO or KOPAG. The handoff is initiated approaching FL100 and approaching the entry fix, before the sector boundary.

Landing and Take-Off clearances are issued by the Tower controller, as the approach controller is not necessarily based at the same airport but in most cases in a remote facility together with other approach and center controllers. They have no visibility of the airport and can thus not issue these clearances.

The handoff to Tower usually happens when the aircraft is established on the final approach segment of the published approach (usually after passing the Final Approach Fix (FAF)) or a visual approach to the runway.

The phraseology is the same as above:

Not the answer you're looking for? Browse other questions tagged air-traffic-control landing radio-communications approach or ask your own question.

11
Why do I not always hear ATC read back by pilots (on required instructions)?
19
Lost radio communication after take-off in IMC - what are my options?
5
How can one fly a stabilized approach when the final approach path is curved?
3
What are ATC's considerations when they instruct to intercept final approach course instead of simply clearing for approach?
7
How to communicate a circling approach over CTAF?
14
How does handover between Air Traffic Controllers work?
8
How do I find all the frequencies for my local TRACON?
0
What is the sequence of ATC frequencies for final approach at JFK?
3
Approach when weather condition is below minimum