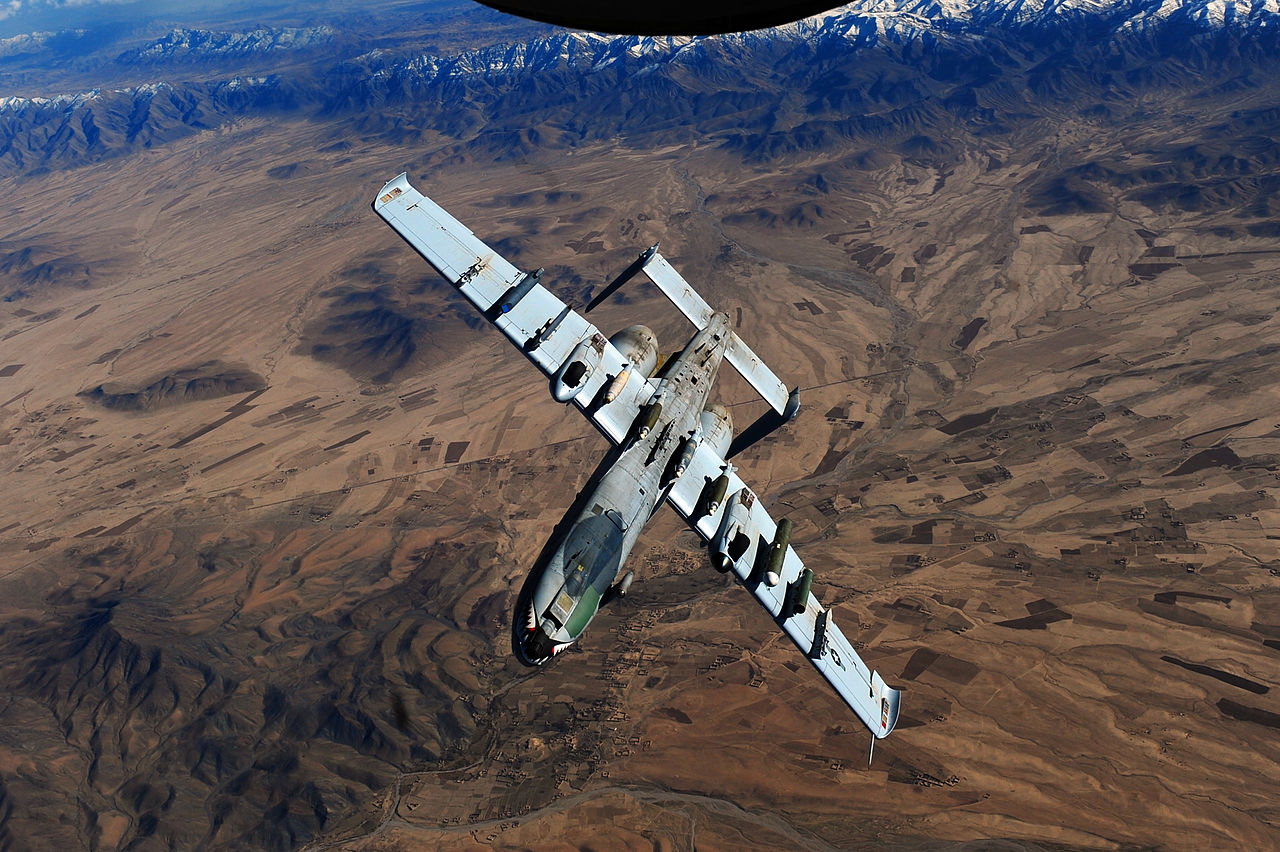 Notice at the side edges, the wing peels down and back around towards the fuselage. (The airplane is upside-down in this photo.)

Never noticed this before. Is this a wing-tip device producing more lift? If so, what kind is it? I would like to read more about it.

The wingtip devices used in A-10 Warthogs are called drooped wingtips (also called Hoerner wingtips in some cases), which essentially increase the aspect ratio of the wing by forcing the vortices further out.

There are a few reasons for having this wingtip device:

As can be seen, the drooped (down) wingtips wingtips serves these purposes.

There seems to be some confusion regarding the reason for these wingtip devices. One theory (@Peter Kämpf) is that they are there to protect the ailerons from ground contact. However, I think this is unlikely, given the ailerons, when extended, go well beyond the wingtips, as shown below: 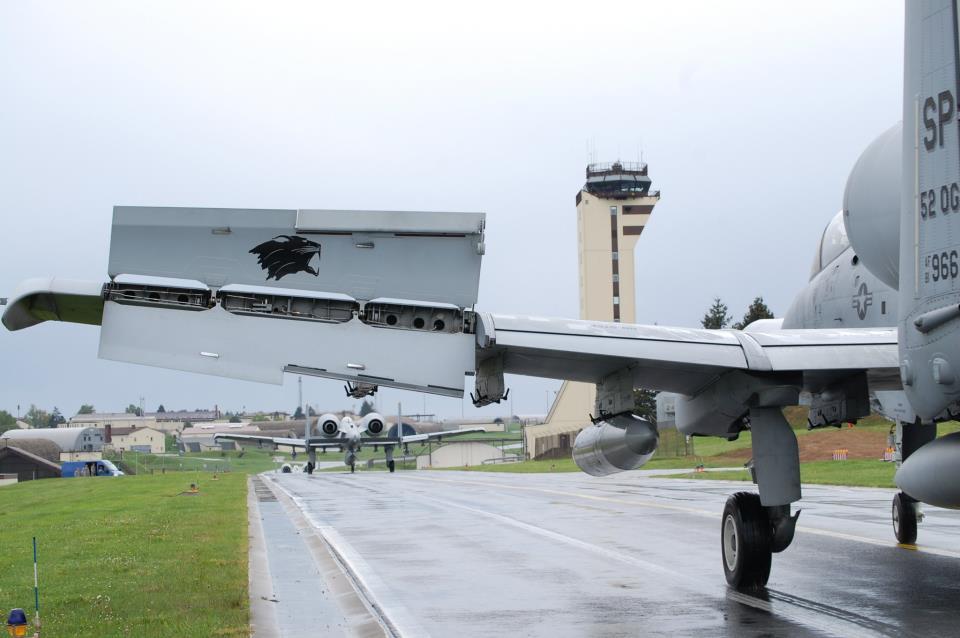 Dropped down wingtips do serve that purpose (sometimes) in gliders. However, there is no reason to believe that is the case here, considering the height above the ground and the aspect ratio. The drooped wingtips, on the other hand serve to hold the countermeasure system.

It's called a drooped wingtip.

The general idea is to move the vortex away from the wing, reducing it's influence. As with all the winglet variants, opinions vary about whether or not it generates more lift than other variants.

There are more aircraft that employ this type of wingtip device: 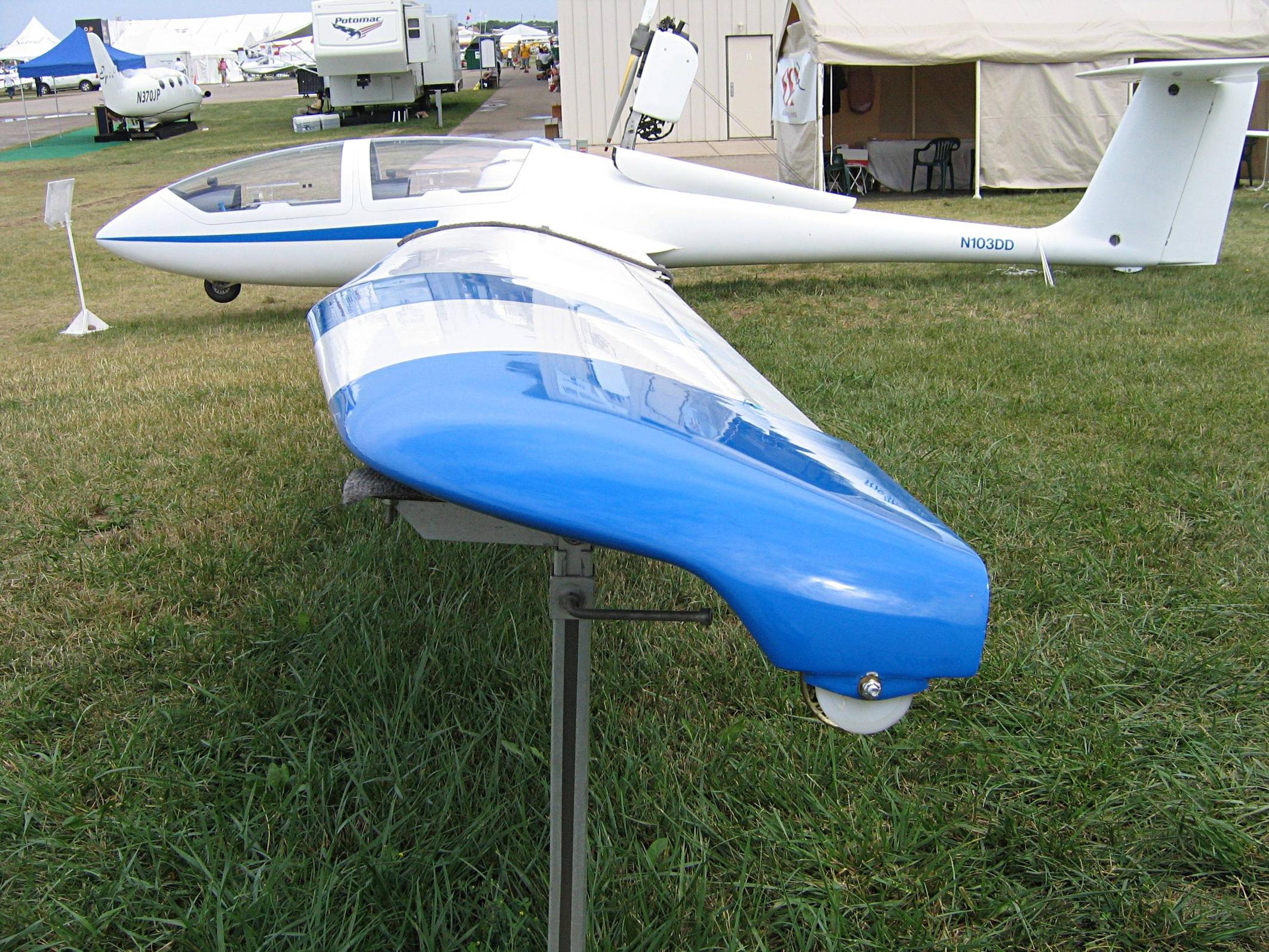 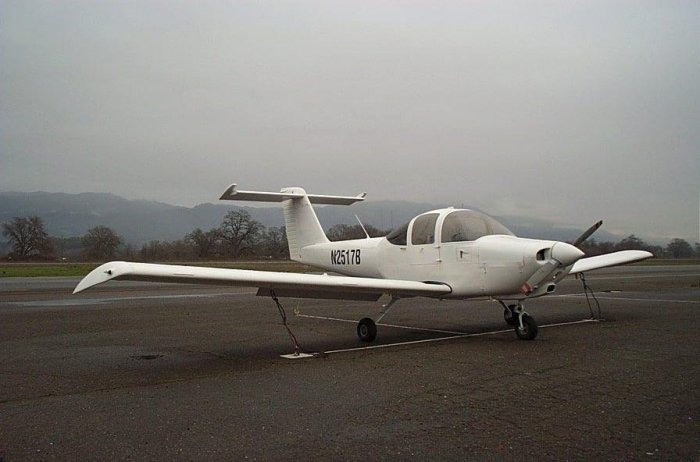 If I add raised wingtips to one of my RC planes they significantly decrease the aileron authority, meanwhile improving the dihedral effect and the self-stabilizing tendency. But for maneuverability, it's not as good. If I add an autopilot, like Ardupilot, the raised wingtips will make harder for the autopilot to instantly correct the leveling when passing through turbulence, because the effect of the ailerons is dampened by the self-leveling tendency. Basically, the ailerons have to fight not only to change the attitude of the wing, but against it's tendency to rotate by itself, that might not act in the right direction when flying through turbulent air.

If I add dropped wingtips, they improve lift (the same wing is capable to carry more weight) and they increase greatly aileron authority, while decreasing passive auto-leveling. 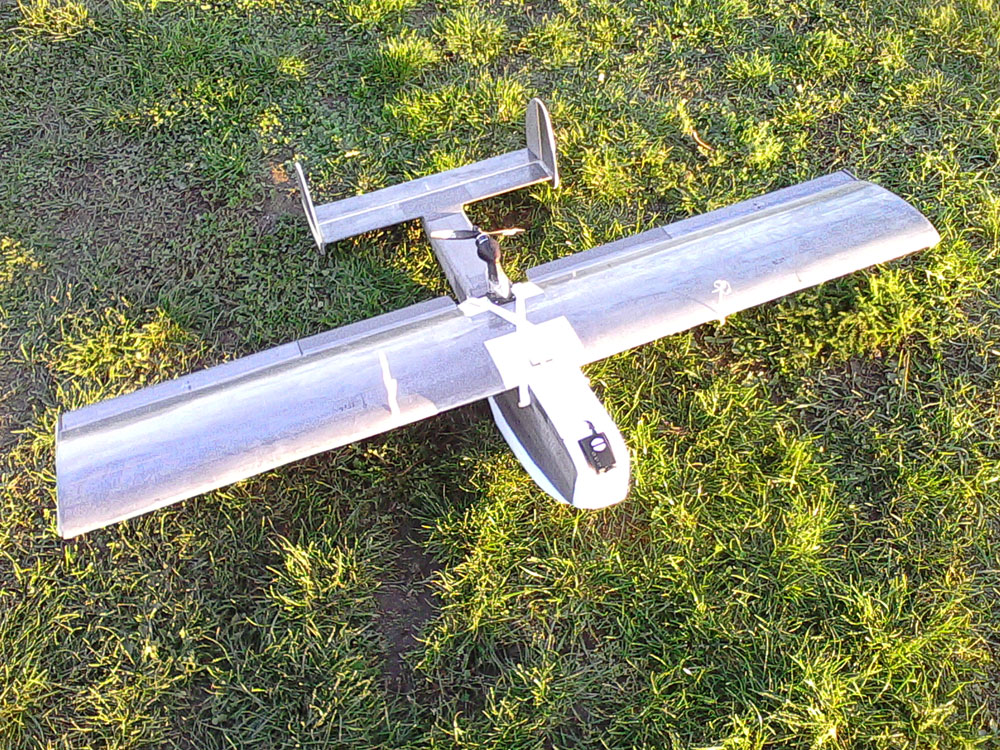 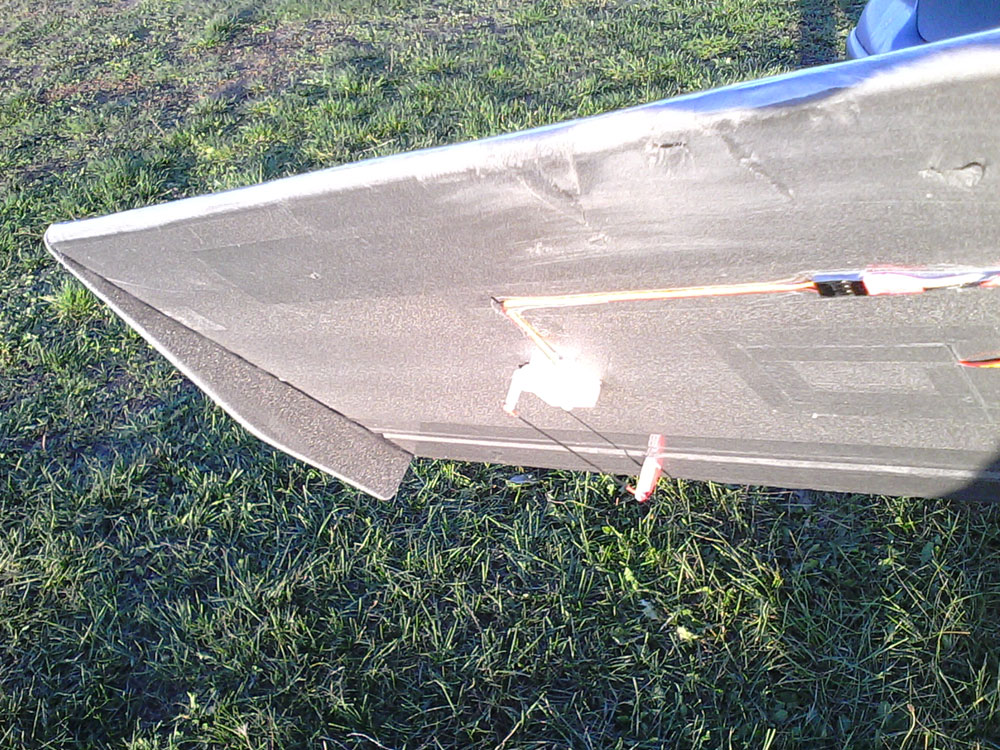 The plane becomes harder to fly manually, but for the autopilot the effect is good, because the smallest deflection of the ailerons will have a big effect. The autopilot is capable to correct instantly the horizontal attitude of the wing, by moving the ailerons very fast, and in minute increments. The plane will look like it's flying on rails, even when it passes through turbulence. And the lower the altitude, the greater the turbulence, because the wind is moving over ground obstacles and it's not flowing laminarly. When the wind is strong and there are bushes and trees on the terrain, the turbulence can be so great, that a RC model can become impossible to fly low if it doesn't have some sort of electronic self-leveling device.

The conclusion is that, for a plane that has to fly low, dropped wingtips and an active self-leveling device are the best combination. If the plane was low wing - high CG, I would have used raised wingtips. 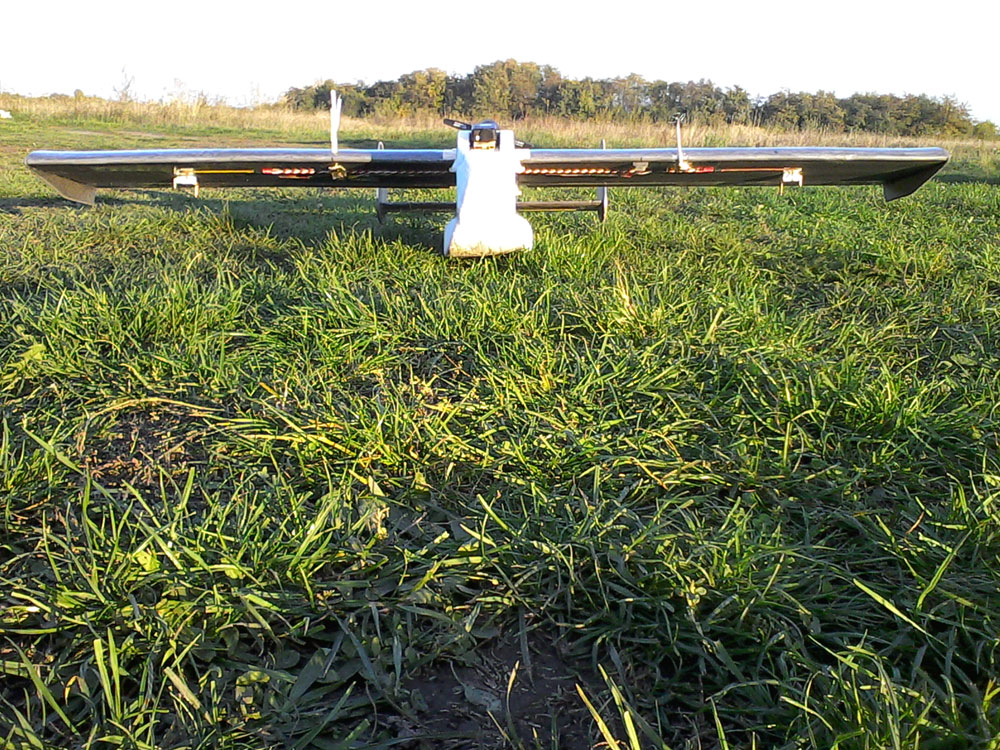 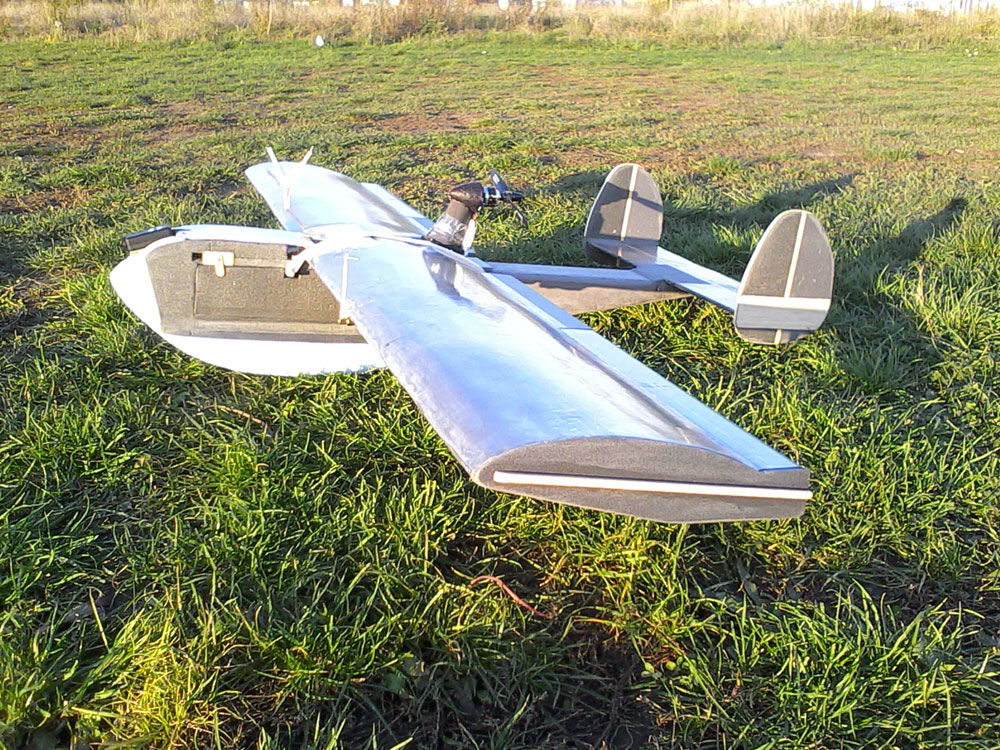 Oh boy, you guys are obsessed with that wingtip vortex, seemingly the source of all drag. No, the reason for this wingtip shape is much simpler.

It's about the protection of the ailerons from ground contact at low level flight. This is especially important for gliders with their central wheel, but also for aircraft which maneuver a lot at low altitude. They will benefit from something that takes the impact forces and keeps the control surface intact and working, especially when this surface will be deflected downwards at the time of ground contact.

Honestly, this is the reason, not some esoteric vortex shifting.

I thought of another one; if you're installing wingtips and it doesn't matter whether they point up or down, the latter will be less of an obstruction to the view from the cockpit, which is convenient for an aircraft also used for forward observation.

It's an interesting question! I think my answer wasn't mentioned yet?

3
Why do the winglets go down on some cessnas?
1
Why are the wingtips of the Fairchild-Republic A-10 bent downward?
9
Why does the vortex created by wing affects its own angle of attack?
11
Why are downward pointing winglets more efficient?
8
Where do military aircraft carry flares?
9
Why were the ailerons of the Fokker Dr. I (Red Baron) located on the top wing?
5
What are some differences that make the new 737 MAX winglets more efficient than a conventional winglet?

6
What is this extension/device on top of the wing of this ultralight?
52
What are those things at the wing tip of an aerobatic aircraft?
7
Why do some aircraft have pods on their wing tips?
3
How do wing tip vortices interact with the airflow on an wing with winglets?
10
Do airliners stall first at the wing tip?
30
Would an 8% reduction in drag outweigh the weight addition from this custom CFD-tested winglet?
3
What are the scale effects of GA wing tip airfoils?
1
What is the typical wing twist angle at the wing tip for a commercial jet?