Could bypass air be used to cool a rocket engine like in turbofans?

Rocket engines typically employ a cooling jacket of sorts, usually dual-purposing the fuel as a liquid coolant before it flows into the injectors.

Here is an example turbojet using a bypass. As you can see, the bypass air is far cooler in temperature than the air combustion chamber: 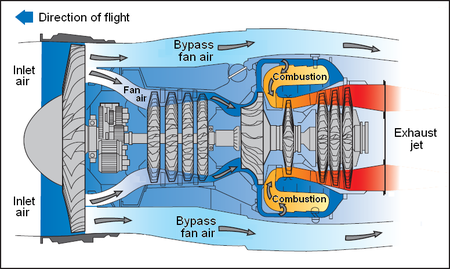 Why are there no designs that use an air bypass (similar to a turbojet) to cool the engine/nozzle? Obviously once the rocket has escaped the atmosphere, a bypass would be of little use. However usually by that stage in a rocket, thrust has been greatly reduced and therefore generated heat as well.

Air cooling is not going to contribute much here.

The Shuttle engines were cooled by liquid hydrogen (-253°C) from the fuel supply being pumped up cooling ducts inside the nozzle. Typical nozzle temperature in operation was around 54°C. Yes, fifty-four Celsius. (BBC Engineering Connections - see this Youtube clip)

The top speed of the SR-71 (about Mach 3.2) was limited by the temperature of the air arriving at the engines which, after being compressed in the inlet ducts, reached temperatures around 400°C. (Wikipedia: SR-71)

The shuttle passes Mach 4 about 2 minutes after launch.

Virtually all jet engines use a technique very similar to the technique you're proposing: the inside of the combustion chamber, turbines, and exhaust, (and afterburner, if the engine has one) as well as the turbine blades and stators, are covered with small holes. Cooling air is forced through these holes, forming a boundary layer between the metal and the super-hot gases.

The temperature of burning fuel/air in a jet engine is well above the melting point of the metals used to build these components, which is why this is necessary. In fact, the temperature of the gases exceeds the vaporization temperature of a number of metals.

Where does this cooling air come from? It comes from the engine's compressor. The reason bypass air isn't used is because it is at a lower pressure than the inside of the core of the engine, so the hot gases would move out through the holes toward the bypass duct. In this case, the boundary layer is made of hot gas instead of cool gas, which destroys the engine. 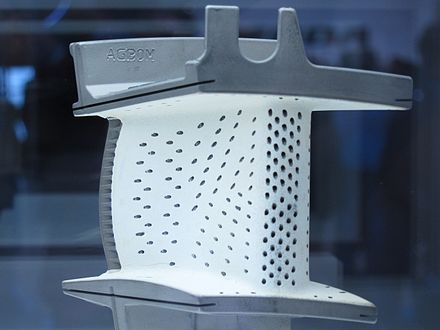 On a rocket engine, you could potentially cool it with compressed atmospheric air, but doing would add weight and complexity, and would only work in the lower layers of the atmosphere where there's enough air density to provide an adequate mass flow rate to absorb the heat. Since, as you mentioned, fuel (or potentially oxidizer) can be used to effectively cool the engine for a much lower penalty in weight and greater freedom in operating environment, that's been the obvious choice for most high-performance liquid fueled rockets.

The air augmented rocket uses air from the freestream to provide extra thrust (and potentially) cool the motor. Two of the main issues with trying to add 'extra' air into the rocket stream are: drag over the rocket body (pretty much the main one) and disruption of the high-temperature flow (especially if you are trying to introduce air somewhere around the nozzle).

Two main reasons: Firstly rockets operate at a preposterous level of power - the fuel and oxidiser pumps alone on a space shuttle have a combined shaft power greater than a GE90 turbofan - so you'd really struggle to get enough airflow, liquid hydrogen is a far better heatsink especially in the quantities they use.

Secondly, most rockets are built with the intention of going to space, where there in no cooling air at all, so as you got higher and the air got thinner your air-cooled rocket would rapidly overheat.

Not the answer you're looking for? Browse other questions tagged aerodynamics jet-engine engine or ask your own question.

7
How does the Pratt & Whitney F119 achieve its features?
6
How do blade cuffs help cool the engine?
2
What technical problems stopped scramjets from being used on hypersonic aircraft?
1
Does bypass air produce thrust?
7
Are any jet engines used in combat aircraft water cooled?
0
On a bypass engine does the bypass air travel faster or slower than core air?
1
Does an engine that combines an air-breathing rocket and non-air-breathing rocket exist?
5
Why weren’t large, high-power radial engines built to take advantage of the Meredith effect?
3
How do jet engines cool the gas in the combustion zone?