Off-center fan in geared turbofan - does this exist?

There are no off-centered turbofan engines in service today. However, United Technologies Corporation (UTC), has patented an engine with an angled core (Pratt & Whitney is a part of UTC). 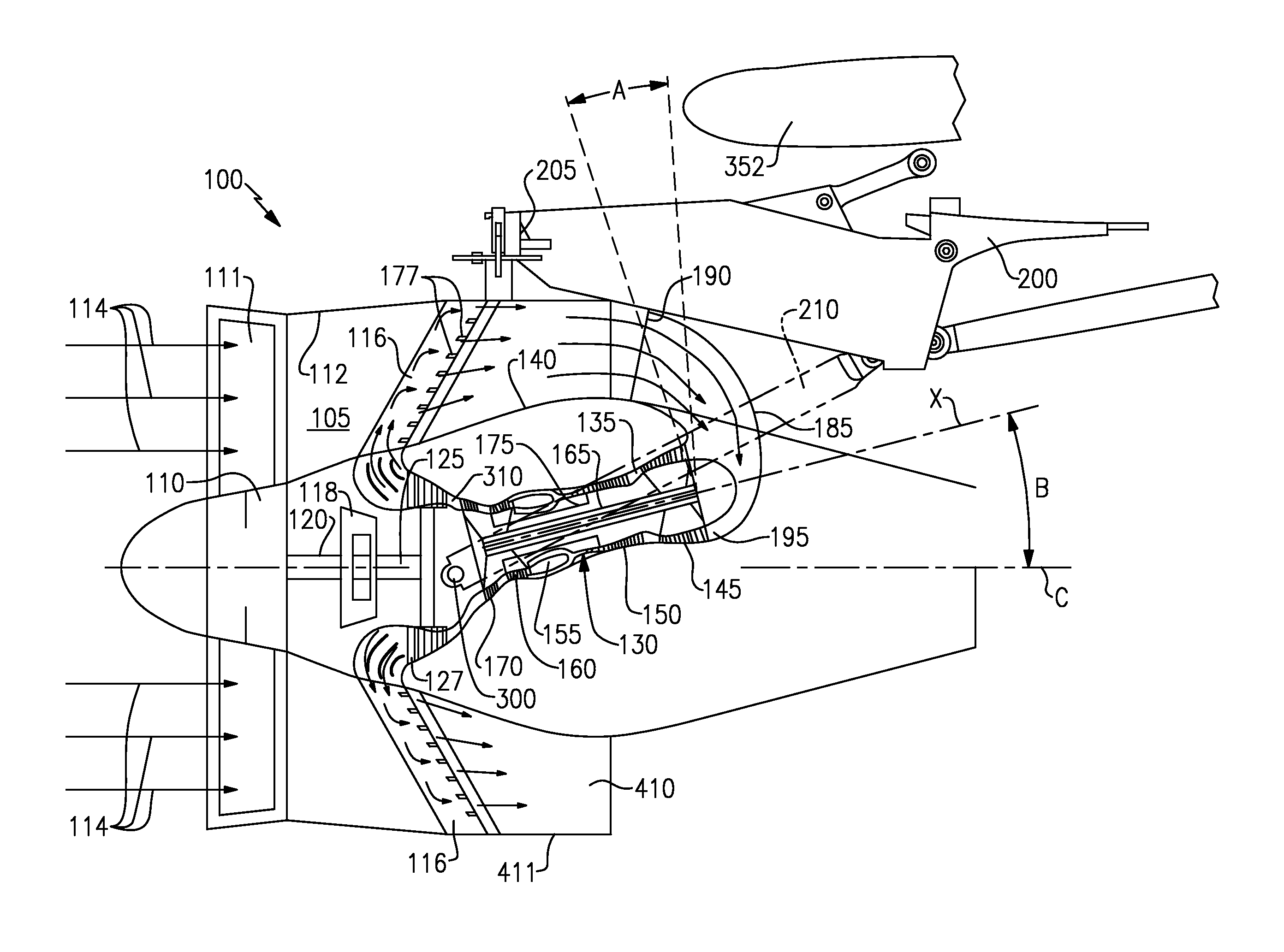 Air from the fan is ducted around the side and back of the core to enter from the opposite direction. The hot gas will be discharged forward through a power (low-pressure) turbine connected to the fan via a gear system. The turbine, gearbox and fan will be connected through a short shaft. 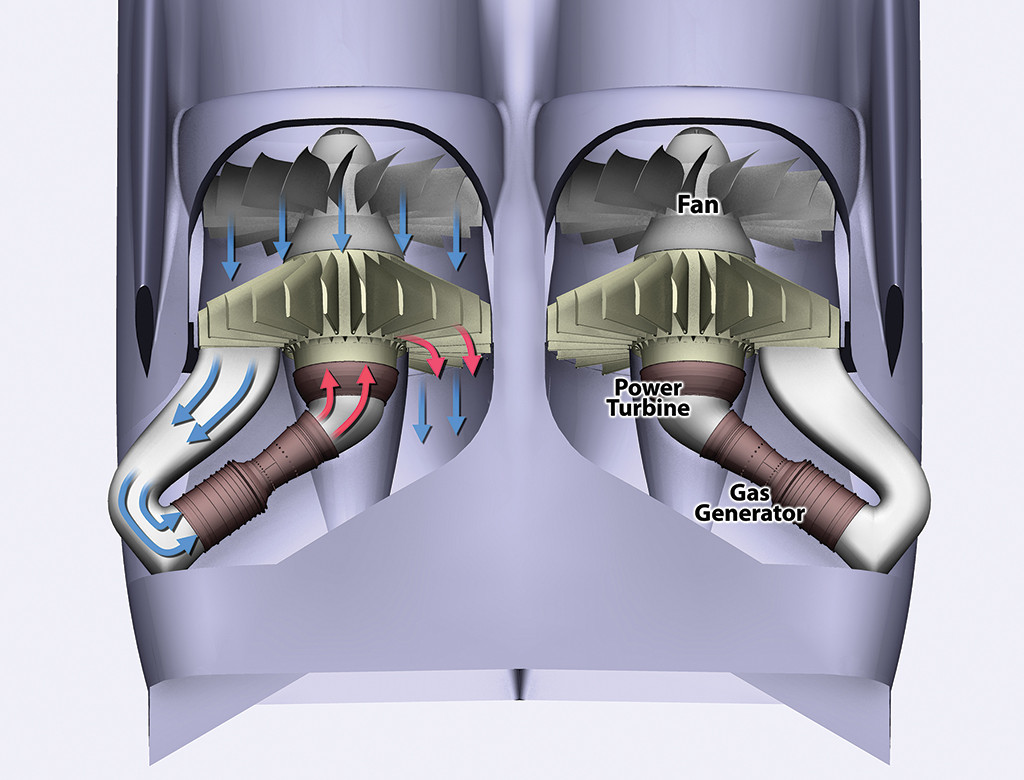 The design is expected to have some advantages due the unconventional layout adopted, like: 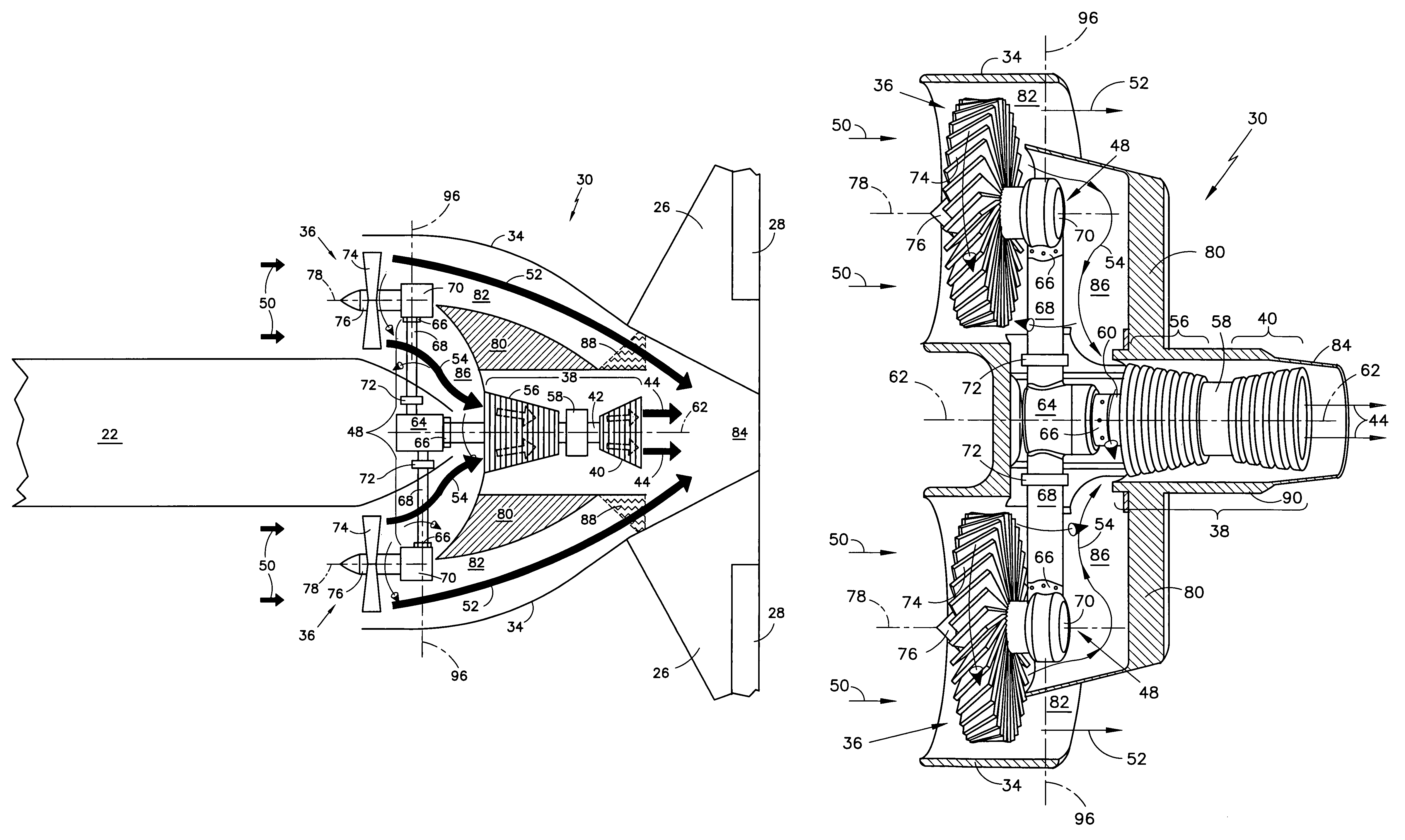 Not the answer you're looking for? Browse other questions tagged turbofan geared-turbofan or ask your own question.

10
What are the limitations in adoptions of GTF (Geared Turbofan) technology?
10
Why do many large turbofans have a gap (of turbine blades) between the LP turbine and HP turbine?
8
In a turbofan, why are there no stators behind the fan?
7
Would it take 7 to 10 times more energy to lift a turbofan-helicopter?
2
Is there a pressure rise and velocity change across a turbofan fan and stator?
3
Is it possible to add "planets" to the gearbox of a Trent 1000?
5
Do any propellers/propfans use stator vanes? Why is this not a commonplace feature?
2
What is the GE90-115b turbine power output in horsepower?
2
What mechanism did the turbine reversers of early high-bypass turbofans use?