Did the Space Shuttle boat tail used in the transport configuration save fuel?

During the testing phase as well as during transport of the Space Shuttle on top of a 747, a boat tail was used: 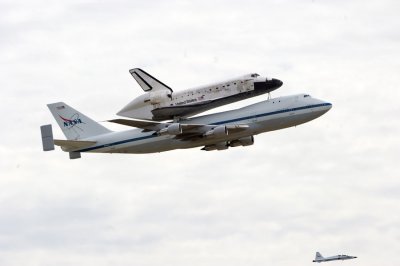 Here I found that this was mainly to reduce the turbulence that would strike the tail of the 747, thus increasing yaw authority.

However, I can also imagine that the boat tail would reduce the base drag of the Space Shuttle, thereby reducing the fuel penalty of carrying the Space shuttle.

Is there any research that shows that the boat tail also reduced the drag, rather than just providing a cleaner flow to the vertical tail?

I have always been under the impression that it was mainly installed to protect the engines. However this blurb (and cool photo) claim it did reduce drag.

...reduces both drag and turbulence created by the piggy-backing spacecraft while also protecting the engines

Not the answer you're looking for? Browse other questions tagged space-shuttle or ask your own question.