What is this equipment under nose of aircraft?

From the news of Singapore Airline A330 nose gear collapse at Changi, I notice an equipment is under the nose part of aircraft and somewhat damage the radome when nose gear collapse. It looks like some ladder. What is it and what is it used for?

Note: it is during routine airline operation. 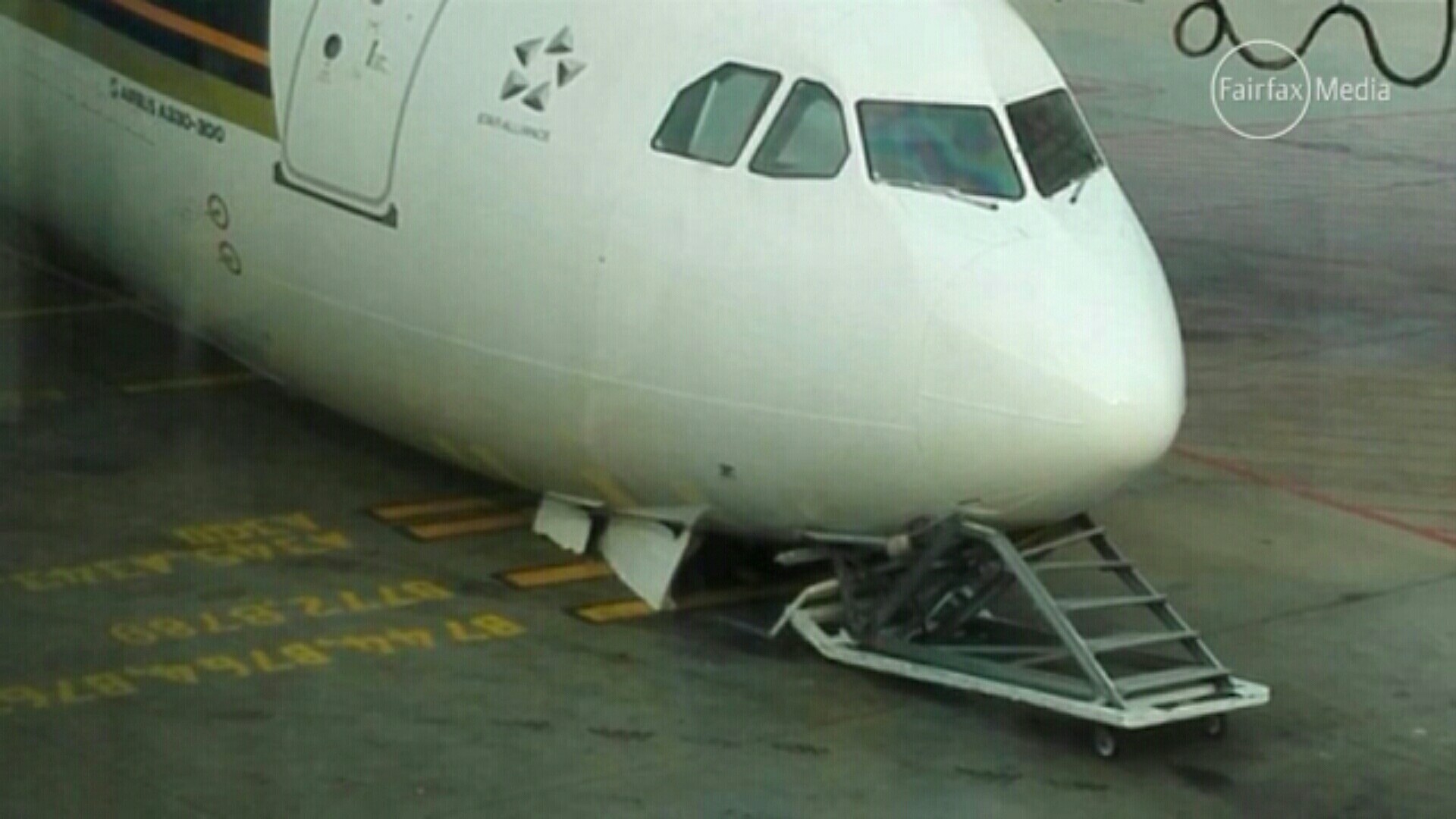 The report says the aircraft was undergoing a landing gear system check. The equipment looks like a trolley-mounted inspection ladder that could well have been used during such a check.

In response to queries, SIA said the nose gear of the aircraft retracted while the aircraft was at Gate A17 undergoing a landing gear system check at around 8am on Sunday morning. At the time of the incident, there were no passengers or crew on board, but an engineer was on the aircraft.

Aircraft was undergoing on a landing gear system check, so engineer is using the ladder to reach out the complete system.

Yes, it is ladder. Also you can see some other picture which shows the door tore apart due to air bridge because of landing gear crashing.

Not the answer you're looking for? Browse other questions tagged airline-operations equipment or ask your own question.

5
What is the MEL (minimum equipment list)?
11
Chocks - why the wide variances in price?
4
What's holding equipment manufacturers from going into multicore, RTOS-based equipment?
4
If a shoulder harness becomes INOP in an aircraft certified before 1978, is it still required equipment?
8
How do you know what equipment code to put on a flight plan?
5
Is special equipment required to perform high-voltage line inspections?
32
Do airline pilots use this high-speed, high-drag technique for losing altitude?
0
What's the name of the runway equipment referred to in this video?
1
Regulations regarding cleaning of water cooking equipment on planes?
2
What is the difference between an Instrument and Equipment?