Can biplane or triplane designs be revived with modern materials?

With the new-age technologies and cutting-edge composite materials etc available currently, is it possible that biplane and triplane designs will make a comeback in the near future?

Biplanes (and triplanes) became (nearly) extinct not because high strength materials (like composites) were not available, but because they became available.

One of the major reasons for use of biplanes in the early days of aviation was that the materials available were of insufficient strength for the (wing) designs used.

The major disadvantage of biplanes (or triplanes) is aerodynamic- it produces a lot of drag compared to the monoplane and the wings interfere with each other.

So, the biplane was an (aerodynamically) inefficient solution to a structural problem. As higher strength materials like Aluminum became widespread, the biplanes fell out of favor.

While they can be revived, I don't see why someone would do that, except for nostalgia (or some special uses, like aerobatics).

There are some companies who manufacture or restore biplanes, but they usually don't use (modern materials like) composites, though modern avionics are used.

Biplanes were the best way to take to the air in the early days because people had not wrapped their minds around the concept of a thick wing. All early aircraft used very thin airfoils, and a biplane produced a very lightweight and strong wing. Materials, by the way, had nothing to do with this, so the use of modern composite materials will not change the situation.

But a biplane does have advantages: If you

a biplane will be the right solution. However, as soon as the plane is used to earn revenue by transporting goods or people quickly and efficiently over long distances, the monoplane is by far the better solution.

Contraptions like the Blériot type 67 will never be built again (except maybe for entertainment).

On the other hand, for flying fun an EAA Biplane is hard to beat. And it is super easy to build. 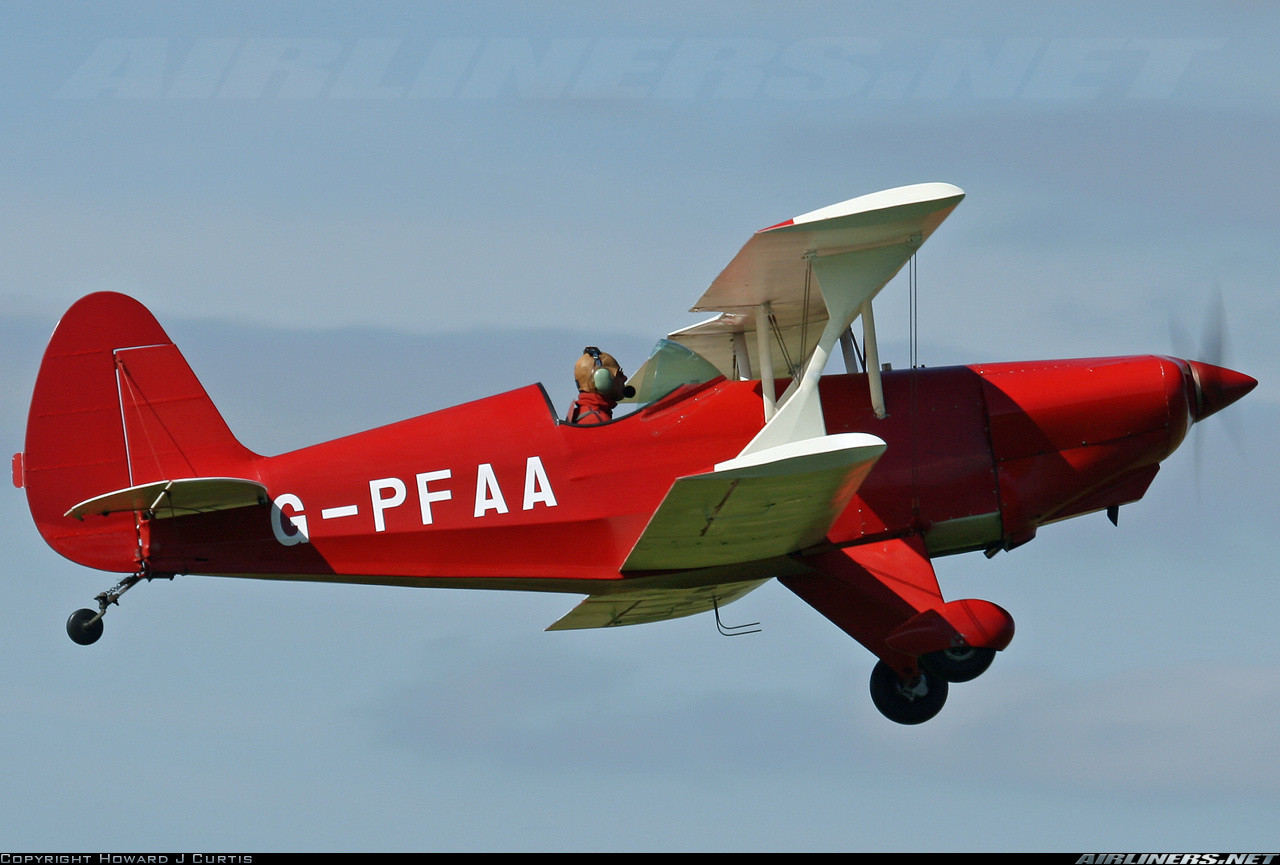 EAA Biplane P2 (picture source). This design is possible with any aviation-rated materials.

The increase in materials is what allowed us to get away from less-efficient methods like biplanes.

On the other hand, a particular wingspan constraint can drive development of multi-planes, as in aerobatics, where the violent forces are betetr resisted by shorter wings.

So perhaps there will continue to be niche applications, but I do not see any economical driver for multi-plane designs, and economics is what makes planes fly in any quantity.

Biplanes long survived in two niches. One was light weight for slow flying where the drag penalty is small, such as agricultural crop-spraying aircraft and ultralights. The other was where extreme maneuvrability demanded a compact layout but there was no need for ultimate speed, such as competition aerobatics.

Eventually modern materials came along and even these niches died out. When Paul MacCready designed his Gossamer Condor and Gossamer Albatross man-powered aircraft, he considered both braced biplane and braced monoplane layouts. Traditionally the braced monoplane carries higher structural forces so the equivalent biplane weighs less. For a man-powered aircraft that is a hugely significant advantage. But, using modern materials, MacCready found that the weight difference was so small that the aerodynamic efficiency of the monoplane won the day.

Griffon Lionheart stagger wing composite with no struts first flew on 27 July 1997 Like the Beach stagger wing it used a R985. Only 3 made (Yellow company plane, white and blue) and production ended for kits 2001. Sounds like if more kits were made some tail changes were needed. Maybe some landing gear strengthening. "The owner/builder then applied left rudder, but the airplane continued to drift towards a runway sign. As they passed to the right of the sign the airplane pitched down violently, and nosed over. The airplane sustained substantial damage during the accident sequence to the left upper wing and the vertical stabilizer." Not sure if flaps down block tail action. "Probable Cause: The pilot's inadequate landing flare and subsequent loss of directional control during the landing roll."

There is one niche that may be of interest for commercial application, a very large cargo lifter biplane. Once wingspan reaches a certain length, even modern materials and designs reach limits due sheer size.

While 250 knots is considered extremely fast for a train, it is a long forgotten mode of travel for aircraft, with potentially enormous fuel savings. Coast to coast in the USA would be 10 hours of flight time. New York to Florida around 5 hours.

Combined with turboprops for regional next day cargo runs or mail, this could be a real money maker, with nostalgic appeal, and with safety in strength without the need for folding wings. Passengers could also ride low budget.

2
What are the advantages and disadvantages of a monoplane, biplane and triplane?
1
Solar biplane possibilty?
15
Why do older airplanes have a wing on both the top and the bottom of the aircraft?
31
What special handling characteristics or techniques do biplanes have?
14
Has there ever been a sideways H-tail on an airplane?
27
Why are there no longer any biplanes?
15
What are the disadvantages of a delta wing biplane design?
4
Wouldn't a triplane be much more efficient than a monoplane of same wing area and span?
2
Would it be beneficial for the Boeing 777x to have a biplane wing design?
3
Why are no HAPS (High Altitude Platform Station) solar planes of a biplane design?
See more linked questions

5
Is hypersonic flight possible with a Busemann's Biplane?
4
How does the rotor blade material affect aircraft performance?
33
Why, until recently, were smooth nose sections not popular?
4
Wouldn't a triplane be much more efficient than a monoplane of same wing area and span?
1
Is there any clear picture or drawing, of a Wright brothers' plane, published before August 12, 1908?
18
Why have propeller engines never been mounted on the tail in production transport aircraft?
8
What "designs" the dihedral angle in modern airliners?