Flying from KPRB to KKIC, in a straight route shown on SkyVector, except keeping slightly to the East of R-2504A&B, holding an altitude of 3500MSL, except for normal takeoff and descent rates, am I correct in the following?

I think the "We're going to be in Echo for the rest" part is wrong. Am I correct here? If I'm wrong, can you please explain why it's Class E? It's not within a fuzzy blue or magenta line, and we're flying at 3500MSL, so obviously never going above the Class G 14500AGL ceiling.

I think he's just simplifying things because in another video said VFR pilots in the air can practically treat all Class G airspace as Class E, not using the less restrictive weather minimums, and be safer. But, starting to learn aeronautical charts and flight planning, I want to know if I'm fundamentally starting with a misunderstanding or not. The YouTube video has no comments about this statement.

As long as the flight climbs above 1,200’ AGL before exiting the area where class E begins at the surface, the whole flight is conducted in class E airspace until descending below 1,200’ AGL on the approach to the KKIC airport.

The point of confusion I think is where you've read that class G airspace goes up to 14,500 MSL.

Class G Airspace within the United States extends up to 14,500’ MSL.

But first you must consider the following.

We can see to the west that there are areas where there are exceptions to the 1,200’ AGL specification, but this flight plan does not go through them. This means that the en route phase of the flight, if conducted above 1,200’ AGL is conducted in class E airspace.

We can reference all this using the Aeronautical Chart User's Guide.

The whole flight is in Class E airspace once above 1,200 FT AGL.

The reason is that the Blue shaded line is so hard to find. It's easier to find Class G airspace upto 14,5000 FT MSL on a IFR low enroute chart.

See this excerpt from Skyvector. Notice the brown shaded area. Click on the Phoenix sectional and see the blue shaded line. 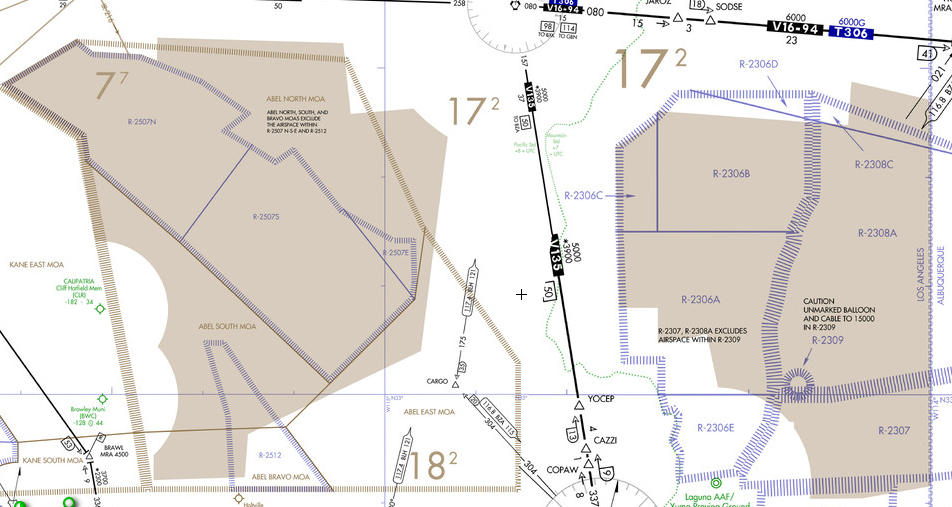 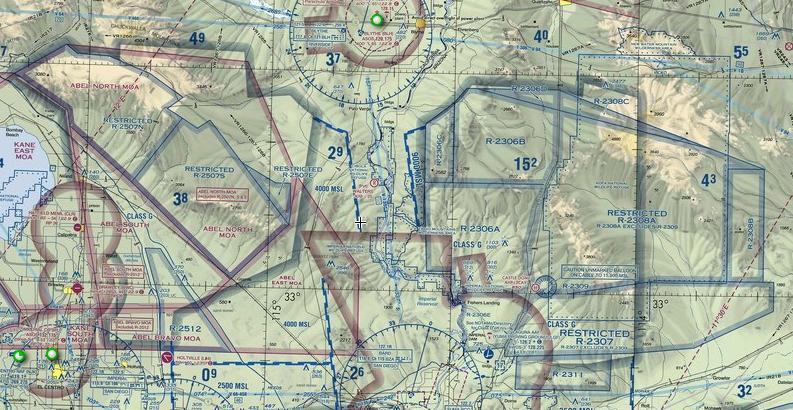 Not the answer you're looking for? Browse other questions tagged class-e-airspace class-g-airspace or ask your own question.

9
What is the benefit or motivation for having Class G airspace?
12
Which parts of class E airspace can an ultralight (part 103) fly in without prior ATC authorization?
12
Is it possible for a non-towered airport to have keyhole extensions Class E starting at the surface?
3
Is this Class G Airspace?
2
Measurement discrepancy on vfrmap dot com sectional -- is the grid wrong?
4
May the Class-E-to-surface airspace near Eagle County Regional airport (KEGE) and Marshall AAF (KFRI) be ignored when the tower is open?
3
In the US, can airspace simultaneously be E2 and E4? What happens at KSTC to the airspace in the dashed magenta boundary when the tower closes?
2
What indication has the FAA given that phrases like "surface area of Class E airspace designated for an airport" do or don't include E4 "extensions"?
1
Class G Airspace ceiling: 700' versus 1200'