What common forms of deice and anti-ice exist and what future alternatives are being researched?

For the leading edges of aircraft's flight surfaces, there are a few more common deice and anti-ice methods available. What are the most common systems? What are the alternatives? Is there any research going into alternatives where new technology might provide better or more cost effective solutions?

In general, deicing (removal of ice after it had formed) and anti icing (prevention of ice formation) methods used are: 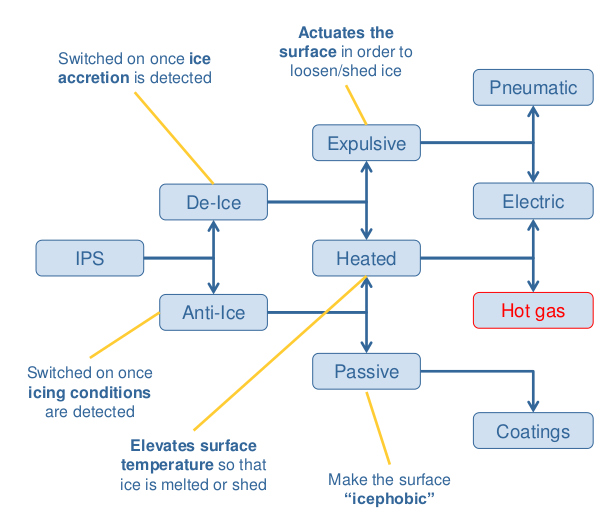 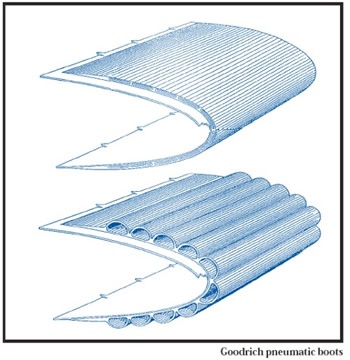 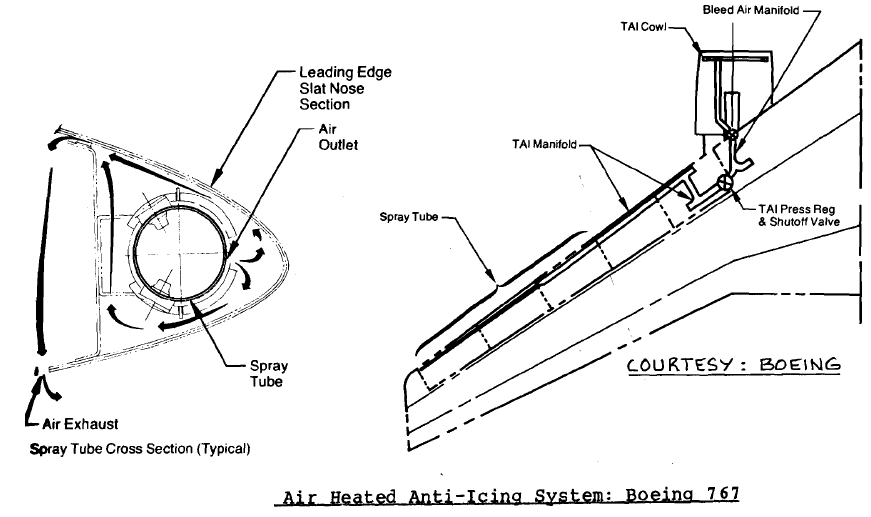 There are a number of other de- and anti- icing methods are also available/under development, such as:

Electro-Expulsive Separation System shatters and ejects ice from a wing model in a wind tunnel test from ipp.nasa.gov

A microsecond duration high current electrical pulse delivered to the actuators in timed sequences generates opposing electro-magnetic fields that cause the actuators to change shape rapidly. This change of the actuator shape is transmitted to the erosion shield of the LEA causing it to flex and vibrate at a very high frequency. This rapid motion results in acceleration-based debonding of accumulated ice on the erosion shield. 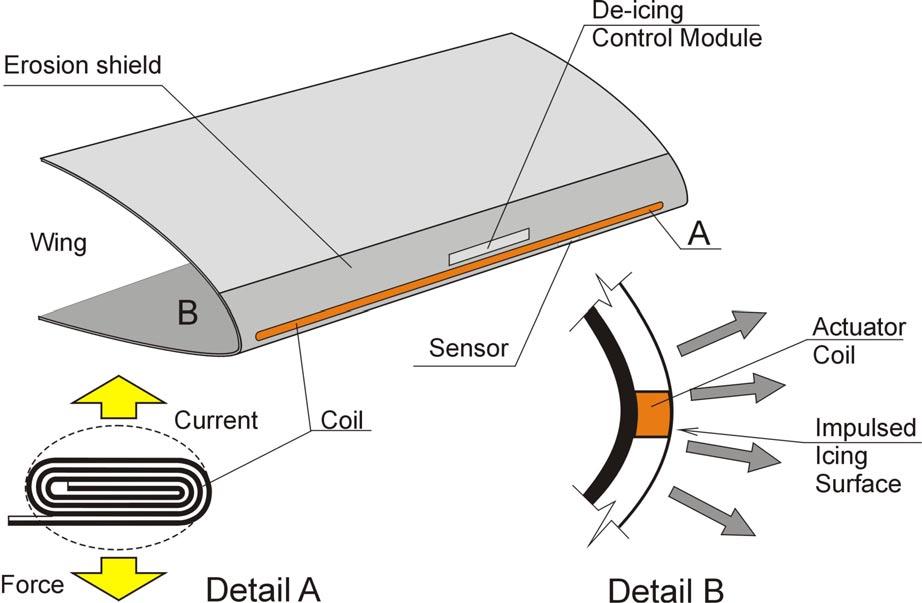 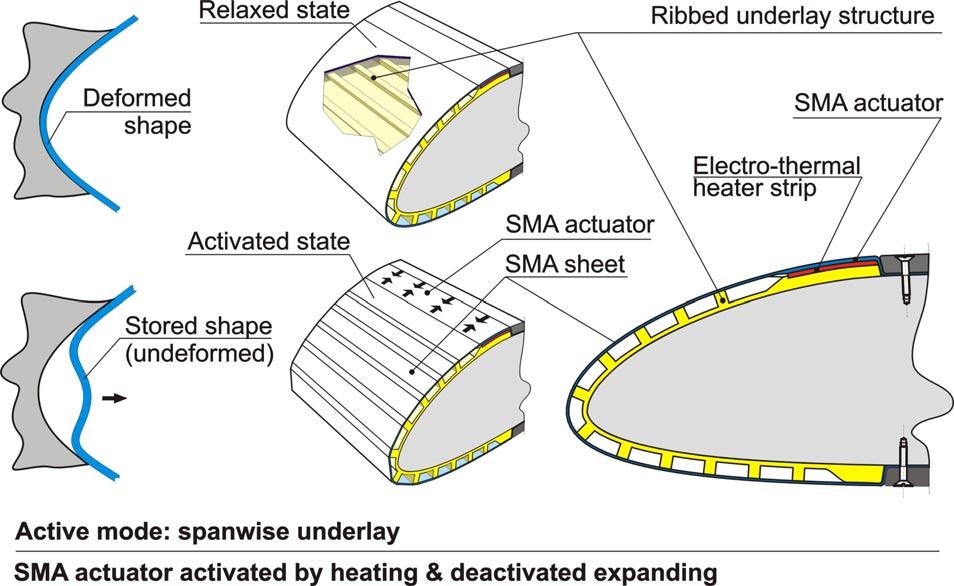 There has also been some research into usage of carbon nanotubes for this purpose.

This depends on the plane but generally speaking there are,

De-Ice Boots which work by allowing ice to build up and then they are inflated, thus cracking the ice off the leading edge. 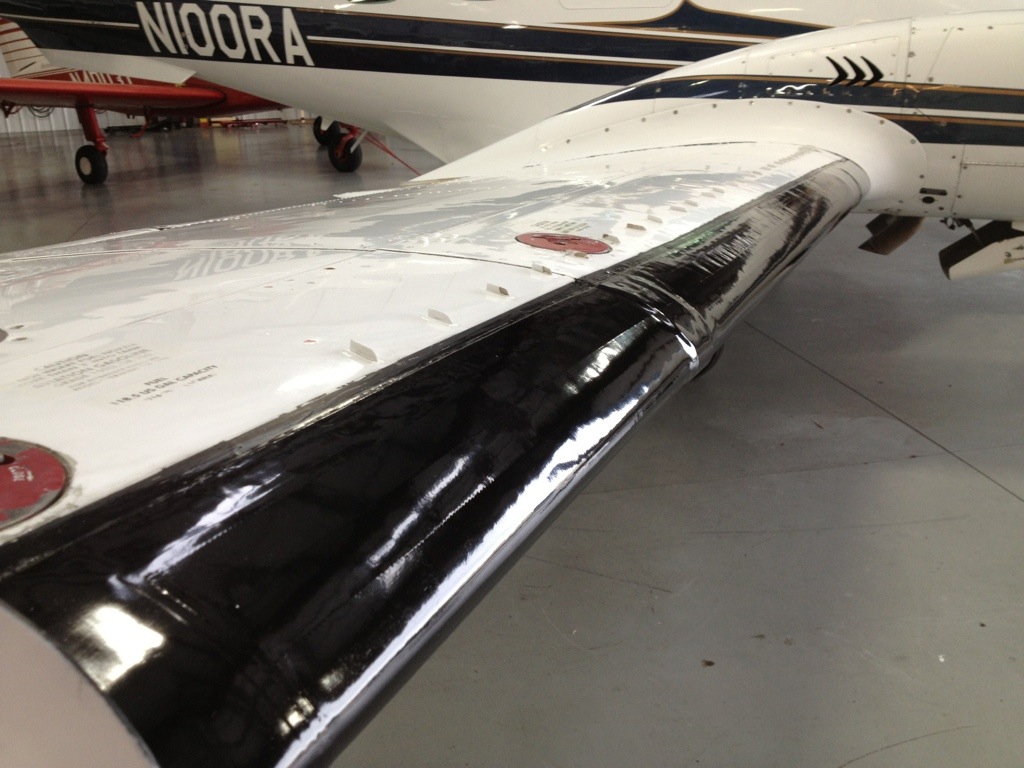 Heated Leading Edge Relatively self explanatory but it simply heats the leading edge either electrically or via hot engine bleed air. 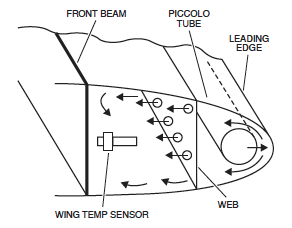 Weeping Wing (Chemical) is a technique used on some small planes where de-ice fluid is pumped through small holes in the wing leading edge to prevent the ice from building up. This presents 2 separate problems that the other systems don't suffer from. Aside from the weight toll you take for the system its self de-ice fluid is heavy and imparts another useful load toll. You also run the risk of using up all your fluid while in flight. 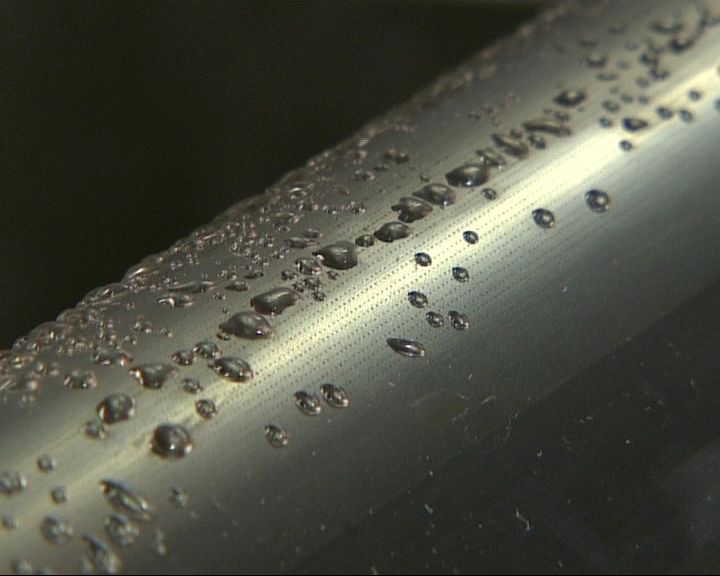 The FAA has a nice briefing on it you can find here which outlines all the various types of systems and the risks that come from icing. Their official list of icing prevention is

There are four common forms, and not all are available to all aircraft:

Concerning future means: It is difficult to make predictions, especially about the future.

18
How do large airliners de-ice in flight?
10
When sizing a powerplant for a GA aircraft, how do you estimate the power required for other electrical systems?
4
Why don't we use hydrophobic (icephobic) coatings over traditional anti-ice methods?
1
Are there any airliners and or aircraft that use bleed air and excess heat from the engine to prevent icing

5
Why are CJ2+ Anti-Ice & De-Ice Systems separately controlled?
7
What is the difference between deice and anti-ice?
8
Does the AC-130 have de-ice or anti-ice protection for wings and surfaces?
5
What is the most critical takeoff shear margin condition for a Type IV anti-ice fluid?
4
Why don't we use hydrophobic (icephobic) coatings over traditional anti-ice methods?
4
What do the pilots do if the plane they are operating does not have an anti-ice system?
2
What prevents fighters from being fitted with jetliner-style bleed-air wing anti-ice?
5
When and where are anti-ice required for supersonic flight?
8
Why is the Tu-204 virtually immune to wing and tail icing?
41
Do missiles need anti-icing?