Perusing through the A/FD in the United States I see that some runways have declared distances while others do not.

What is the meaning of: 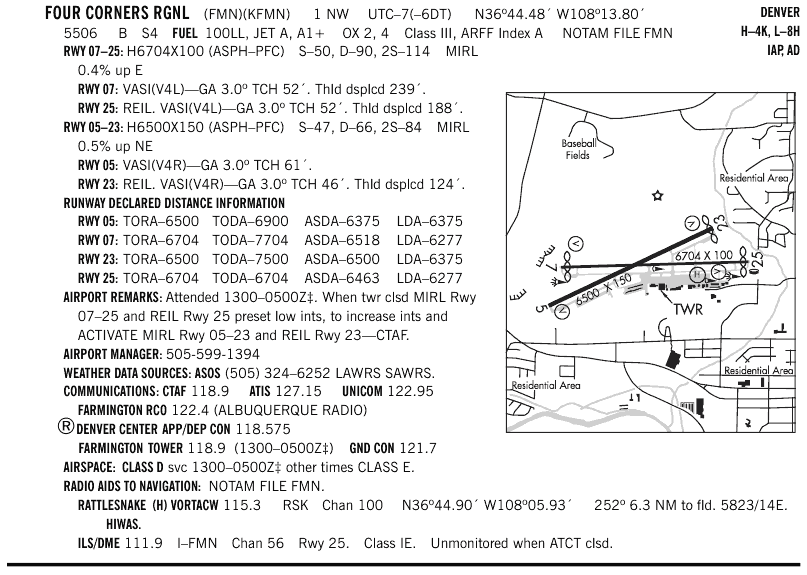 Now for definitions. These terms are defined by the FAA/ICAO in the PCG.

TORA - Takeoff run available. The runway length declared available and suitable for the ground run of an airplane taking off.

ASDA - Accelerate-Stop Distance Available. The runway plus stopway length declared available and suitable for the acceleration and deceleration of an airplane aborting a takeoff.

which lead to other definitions...

Clearway - An area beyond the takeoff runway under the control of airport authorities within which terrain or fixed obstacles may not extend above specified limits. These areas may be required for certain turbine-powered operations and the size and upward slope of the clearway will differ depending on when the aircraft was certificated.

then for those specified limits of the clearway, in 14 CFR Part 1 we find

(1) For turbine engine powered airplanes certificated after August 29, 1959, an area beyond the runway, not less than 500 feet wide, centrally located about the extended centerline of the runway, and under the control of the airport authorities. The clearway is expressed in terms of a clearway plane, extending from the end of the runway with an upward slope not exceeding 1.25 percent, above which no object nor any terrain protrudes. However, threshold lights may protrude above the plane if their height above the end of the runway is 26 inches or less and if they are located to each side of the runway.

(2) For turbine engine powered airplanes certificated after September 30, 1958, but before August 30, 1959, an area beyond the takeoff runway extending no less than 300 feet on either side of the extended centerline of the runway, at an elevation no higher than the elevation of the end of the runway, clear of all fixed obstacles, and under the control of the airport authorities.

A small correction to “take off run available” part. It’s not only the ground run but also may include some air distance over clearway. But this distance may not be longer than one-half of the distance between lift off point and point where aircraft reaches 35 feet AGL.

It’s introduced by SR-422A back in 1958 to utilize clearways for turbine powered aircrafts. This concept basically allows aircrafts to operate at higher gross weights otherwise limited by available runway surfaces only.

7
What does the runway distance mean under "Additional Runway Information" on Jeppesen plates?
1
How do runway declared distances affect my takeoff distance?
6
Can TODA ever be shorter than TORA, under any circumstance?
4
Does Jeppesen display runway declared distances on their charts?
7
Is there a 3-dimensional airspace viewer?
7
Why is the use of reverse thrust not considered when calculating accelerate-stop distance on dry runway?
3
What is the easiest way to update sectional charts with bulletin changes between printings?
10
What is the purpose of this interesting pattern of class E airspace in northwest Alaska?
1
Where can I find airport diagrams for the Philippines?