What's the reason for the local flap extensions at the shockbody locations?

This weekend I was on a Airbus A319, and I noticed that the flaps have small extensions at the location of the shockbodies (indicated in the picture with the red circles)

I was wondering what the reason is for these extensions?

My guess is that it could be to compensate for the lower local lift generation caused by the presence of the shock bodies, but I'm not sure. I'm also interested in knowing why they have different sizes at different locations. 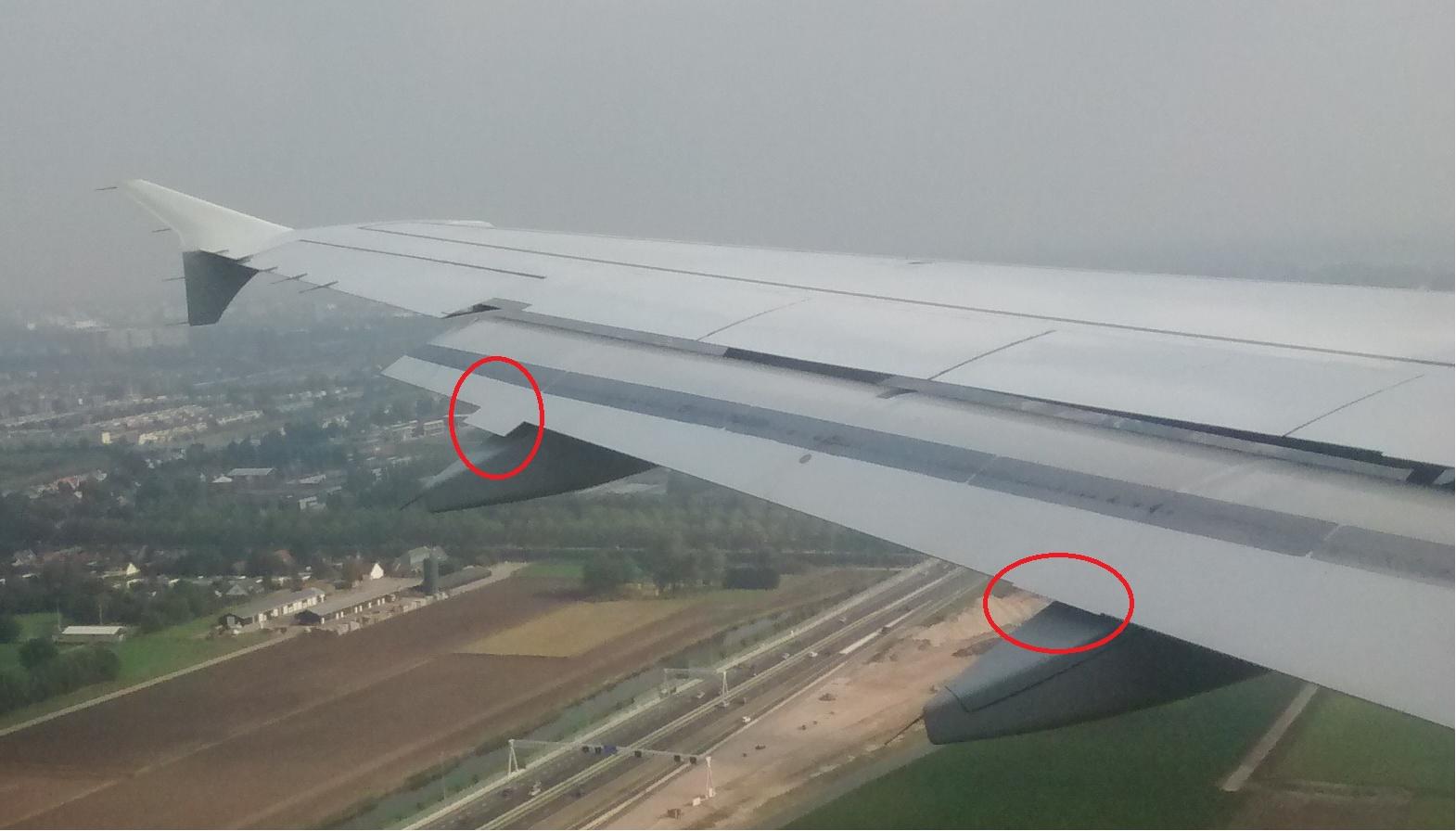 The extensions to the flaps are to cover the openings of the anti-shock bodies when the flaps are retracted to provide a more aerodynamic surface. Evidently the outer locations have larger openings to cover.

Below is an image of a different aircraft and flap track design, but the principle is the same. You can see some of the hardware that sits in the fairings, and the covers that allow the hardware to extend out of the fairings. 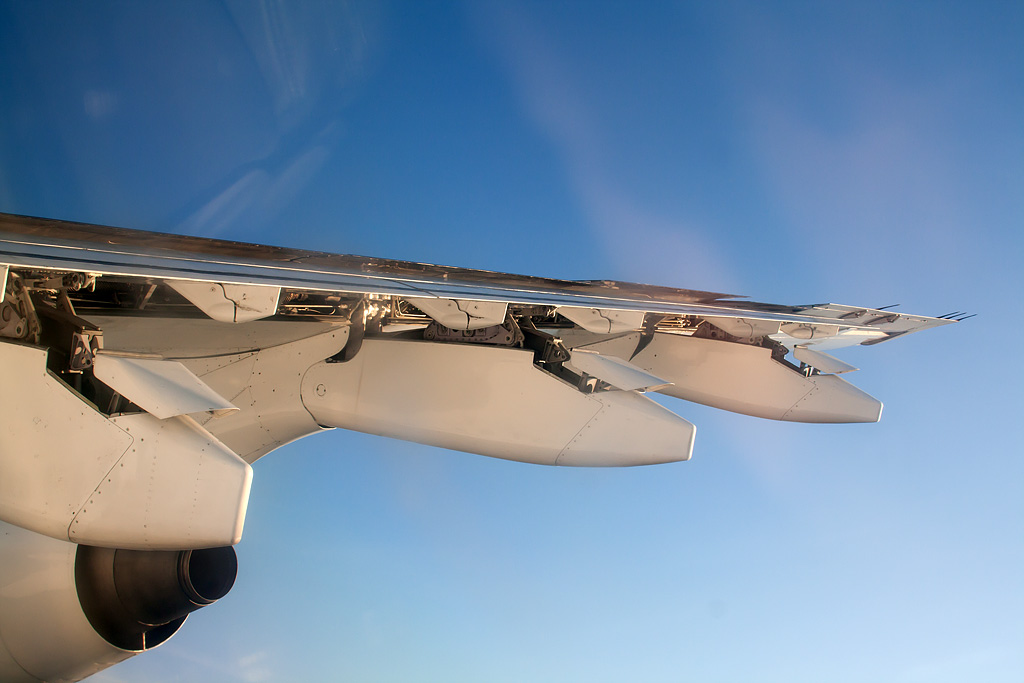 When the flaps are retracted, you can see that the flaps close out the top of the anti-shock bodies, and the outer position is closed out further aft. 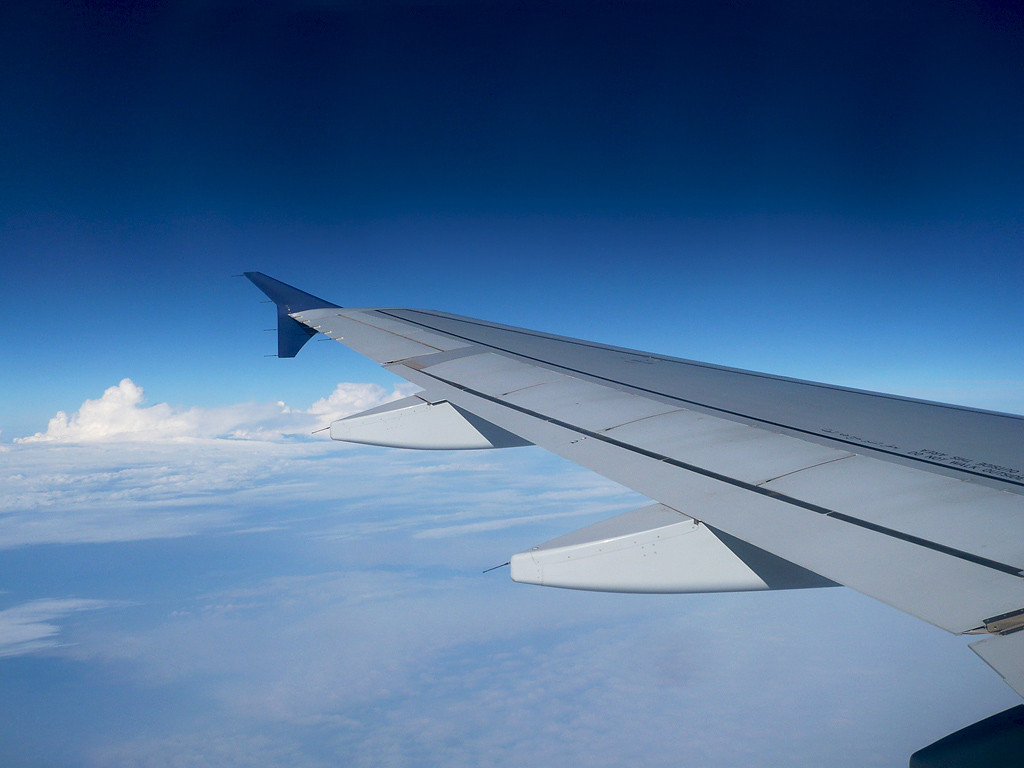 I'm not sure, but I think that those are trim tabs.

64
What is the purpose of the sharp pods under airliner wings?

14
What is the meaning of flap detent names (e.g., 10 degrees)?
8
Why are the tips of the flap track fairings painted red?
11
How does the slotted flap work?
6
What is the flap extension schedule on approach for an airliner?
1
What is the name for a flap that increases the wing's area but not its camber?
16
What is the reason for setting flaps 1 on the ground at high temperatures?
3
Does deploying flap change the aspect ratio of the wing?
2
Does the flap settings for the best lift/drag ratio change with speed on the Diamond DA20-A?
0
How do airplane designers determine flap deflection angles for flaps of various % wing chords?
2
What are the approach speeds for each flap setting in a Cessna 152?