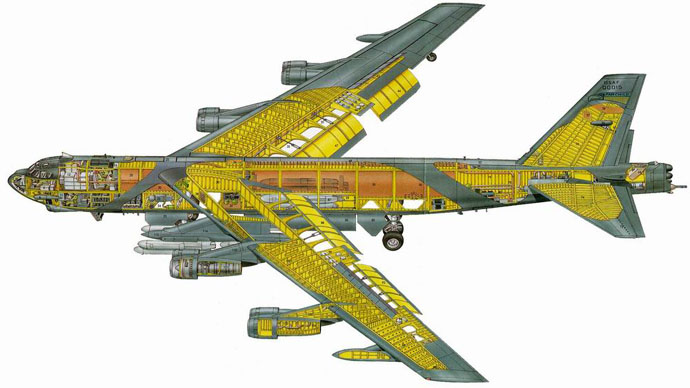 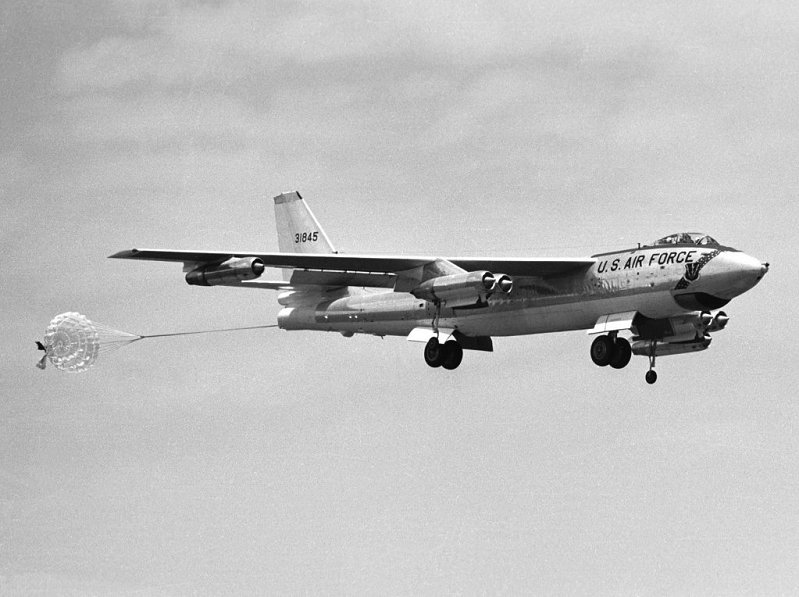 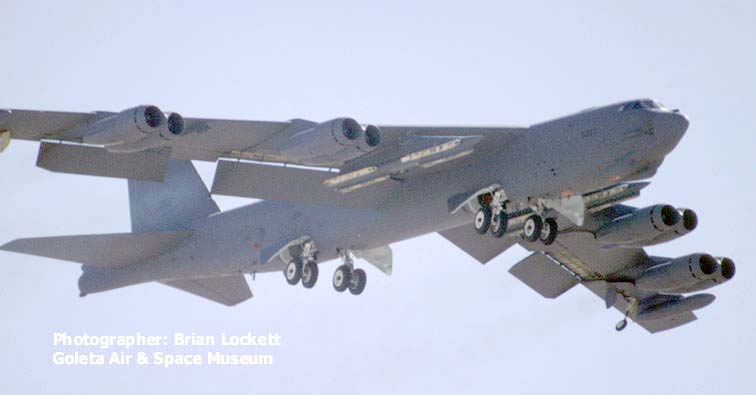 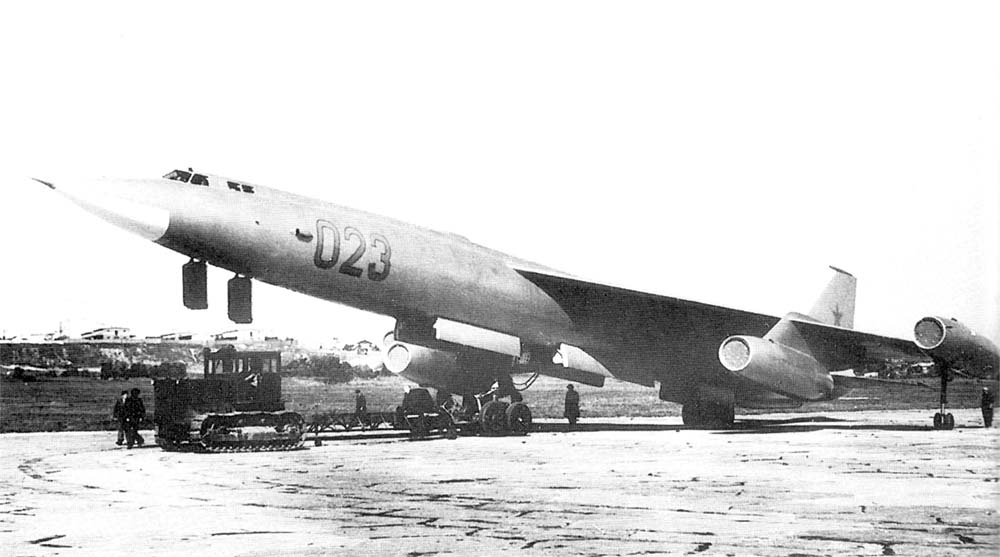 Adding to the excellent Peter's answer who explained why for this particular model the wheels are placed far behind the centre of gravity (CG), I would like to clarify why this makes it impossible to rotate at take off. 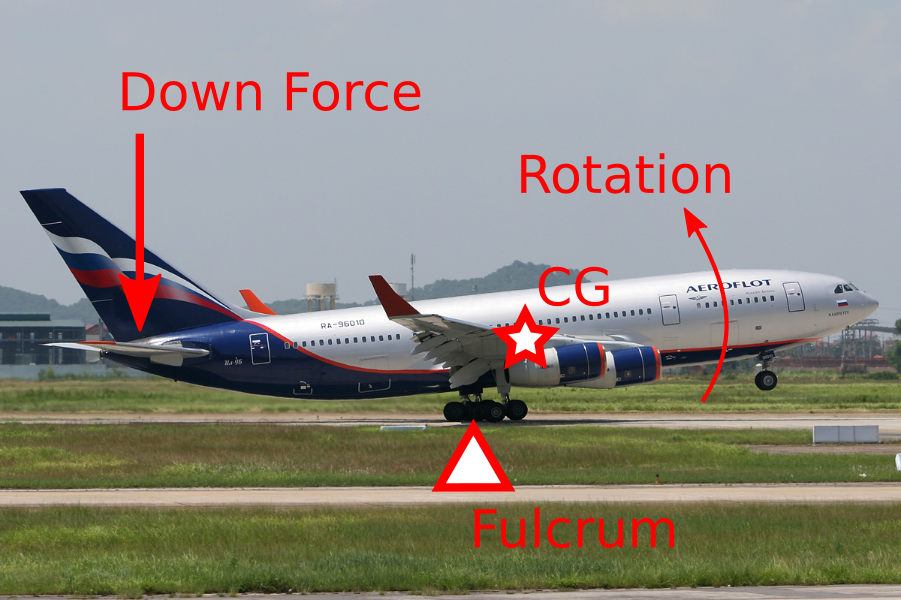 The angle of incidence on the B-52s wing is very steep, at 8° nose down. This is compared in this example to airliners, which have a 2° or 3° nose up angle of incidence. If left alone, when airspeed increases enough to lift the aircraft, the rear landing gear will lift off first. When I flew the simulator, (and I noticed this on subsequent flights) the tail of the airplane would sort of 'wiggle'. Aside from airspeed, this was an indication to apply elevator to bring the nose up. Most of the time, all 4 main gear lift of at the same time. Sometimes the forward gear would come up first (but not by a lot). But since the angle of incidence is so high, the aircraft wants to fly nose down, which is backward of 'normal' aircraft.

10
Why is the main landing gear of the Cessna Caravan placed so far forward?
8
Is there anything wrong with this more symmetric aircraft design, and why isn't it used?
5
What are the advantages and disadvantages of level flight with a nose-down attitude?
4
How much lift do planes produce before rotation?

12
What is the immediate cause of liftoff?
10
Why is the IFE only available after take-off and shut off before landing?
7
Why do some commercial flights start off unpressurized?
6
What happens during a powered descent?
17
Is there a reason for a jet liner to raise the nose wheel early during the take-off run?
4
Is the A320 family allowed to take off with the flaps retracted?
12
Can a small GA plane maintain level flight with a significant nose-down attitude?
5
Does a "take-off" assist make sense for electric aircraft?
7
Does diving after a take-off help gaining altitude?