Is it legal to fly an aircraft with no navigation beacons, and only solid lighting?

Is it permissible for an aircraft to fly without red, green, and white strobe position lights?

Is it possible for any aircraft to legally fly with only a solid white or solid red light on the underbelly?

This answer assumes that the question is in the context of the FAA's jurisdiction.

The red, green and white lights are position lights. They are required from sunset to sunrise by 14 CFR 91.203.

(a) During the period from sunset to sunrise (or, in Alaska, during the period a prominent unlighted object cannot be seen from a distance of 3 statute miles or the sun is more than 6 degrees below the horizon)—

(1) Operate an aircraft unless it has lighted position lights;

A solid red or solid white light on the underbelly doesn't correspond to a configuration that I am familiar with and doesn't meet the legal requirements.

I have, however, seen some older varieties of rotating beacons that if broken may become a solid red light mounted on the underbelly. Some older models actually have a motor that actuates rotation. If one had a failed motor it could appear as a solid red light. 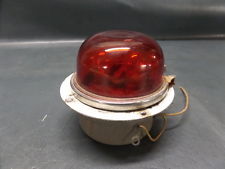 The strobes are anticollision lights. The answer is also in 14 CFR 91.203 . If anticollision lights are installed, they must be used unless the pilot turns them off in the interest of safety. The most common reason for this is if the aircraft is flying in the clouds and the diffuse strobing lights are a distraction or cause of disorientation such as flicker vertigo.

(a) During the period from sunset to sunrise (or, in Alaska, during the period a prominent unlighted object cannot be seen from a distance of 3 statute miles or the sun is more than 6 degrees below the horizon)—

There are some provisions by which a flight may be conducted legally with broken lights so that it may be repaired. One such provision is also found in 14 CFR 91.205.

If you're really interested, and I mean really really interested, the FAA released AC 20-74 which contains a lot of technical data on exactly how these lights are to be built in terms of intensity, color and position. Delving into this document should be reserved for the truly bored and those who manufacture aircraft lighting.

I'm not sure if aircraft has any navigational beacon.

The red and white (strobe) lights are anti collision lights.

According to Aeronautical Information Manual(AIM), 4−3−23. Use of Aircraft Lights,

Usually, the anti-collision/position lights are to be operated during night flying. From the same manual:

However, the pilot can turn them off if there are safety concerns.

However, during any adverse meteorological conditions, the pilot−in−command may determine that the anti−collision lights should be turned off when their light output would constitute a hazard to safety

In your case, the pilot may have turned off the anti-collision lights and operated only the position lights.

Not the answer you're looking for? Browse other questions tagged usa aircraft-lighting or ask your own question.

10
Do lights on wingtips change color at different times of the day?
10
Is there a reason Germania aircraft cabins have blue lights?
13
What are the legal effects of an inoperative anti-collision light?
19
What exactly distinguishes a beacon light from a strobe light?
4
How is the lighting panel of an Airbus A340 designed and how does it work?
11
What aircraft might have white wing tip lights?
0
Does the AIM really require anti-collision lights to be used during the day?
4
Is there a standard for the frequency/interval between flashes of anti collision strobe light?
4
Who would be allowed to operate with no navigation lights over a populated area?